Apple's FaceTime is targeted in a new Patent Infringement Lawsuit

Secure Web Conference believes that Apple, without authority, consent, right, or license – manufactures products that directly infringe one or more of the patent claims including but not limited to Claim 29 of the '687 Patent (which we provide you with below the graphic). 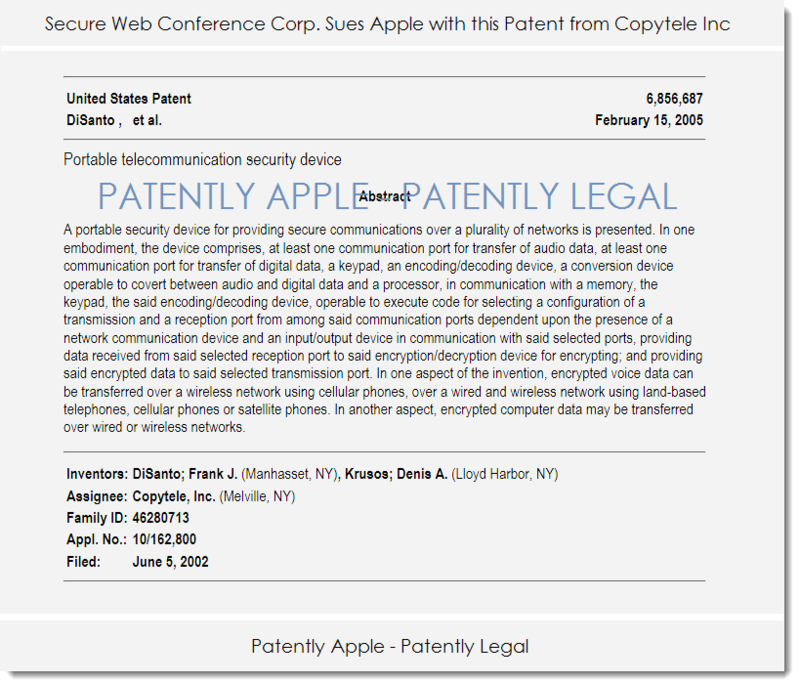 The patent infringement case presented in today's report was filed in the New York Eastern District Court, Central Islip Office. At present, no Judge has been assigned to the case.