Apple's Angela Ahrendts: A Phenomenal Start to a Historic Day 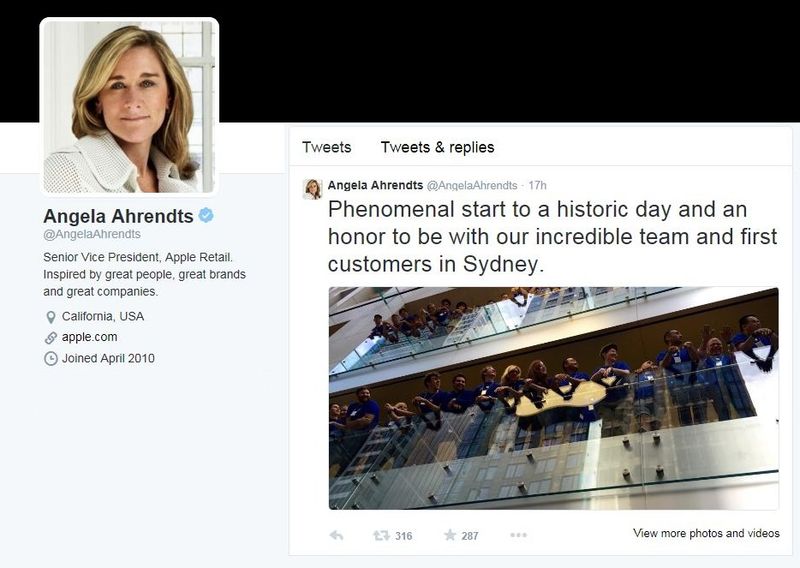 Angela Ahrendts, Apple's Senior VP, Retail and Online Stores, was on hand at the Sydney Australia Apple Store this morning greeting the very first Apple fans in the world to get their hands on the exciting new iPhone 6. We first showed Ahrendts at the Sydney Apple Store in another photo this morning in our initial report titled "Samsung weeps as iPhone 6 Mania Rocks around the Globe." Ahrendts noted on her Twitter site this morning that this was a historic day.

This was Angela Ahrendts' first experience of an iPhone launch day. I think by her demeanor that we can safely say that she was really enjoying the moment. 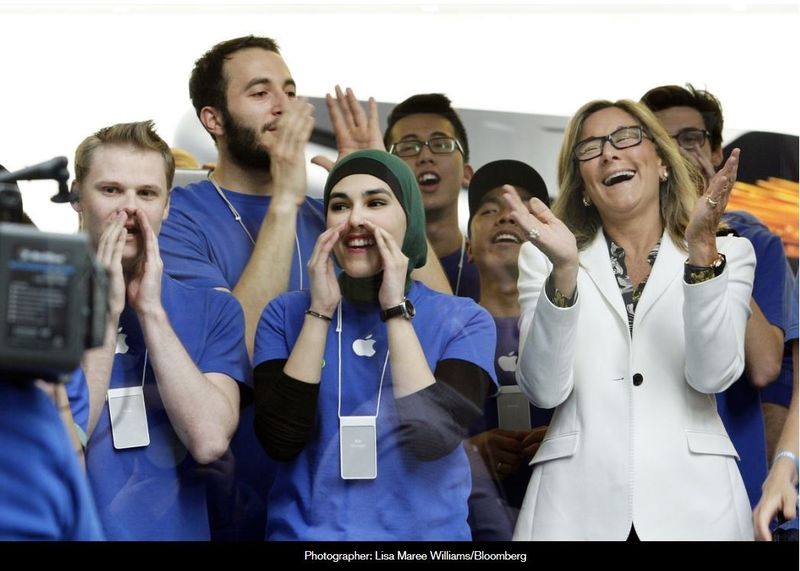