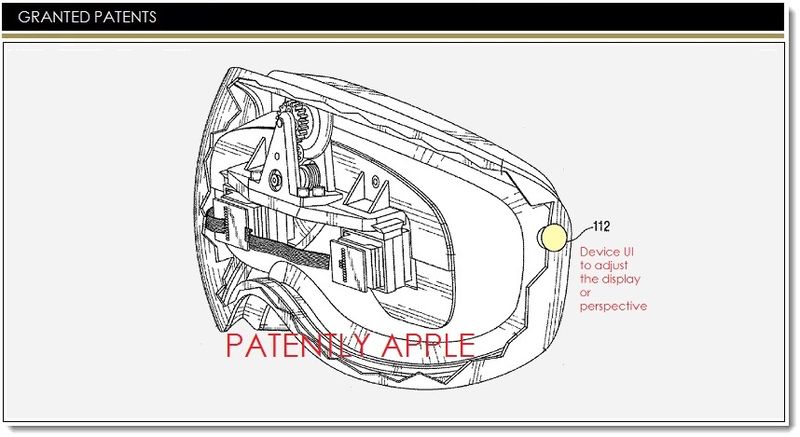 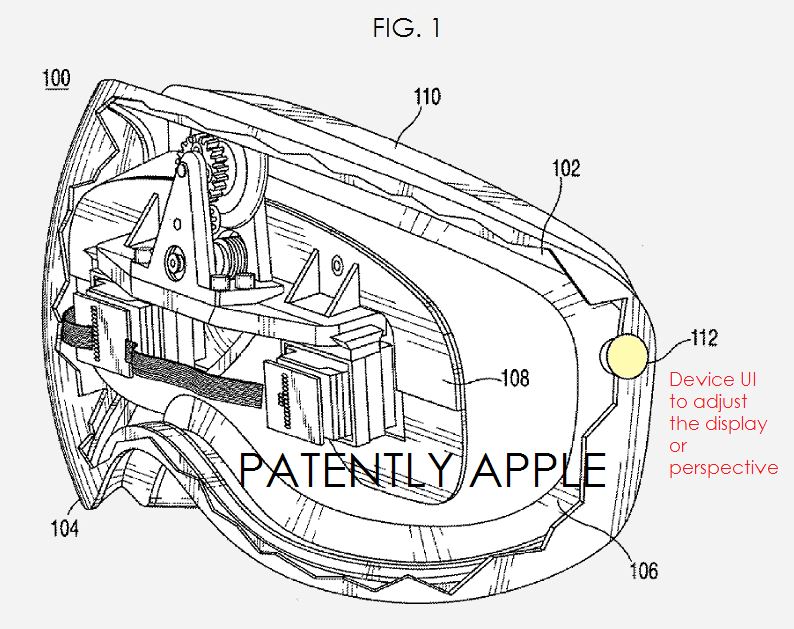 Apple's personal display device may be implemented in or as any type of display system such as, for example, a head mounted display, a television, a projection screen, an on-screen display of an electronic device, personal viewers and viewfinders found on camcorders and digital cameras, or any other suitable display system.

In some embodiments, the personal display device may simulate the experience of watching a movie in a movie theater. In some embodiments, several personal display devices may simulate the experience of playing in a multi-player video game. For example, users may be different passengers in a racecar or drivers of different cars.

Apple was granted their first head mounted display patent in 2009 for a patent application filed in 2007. Apple's current granted patent was covered by Patently Apple back in May of this year which covered their 2013 patent application filing. You'll be able to find more graphics and detailing in that report. And lastly, a more refined personal display system patent filing surfaced back in April that's worrth a look.

Although Apple was well ahead of the Oculus Rift as far as patent filings go, it was the Oculus Rift that came to light as a working model first and grabbed the spotlight and people's imagination for this kind of display system. More recently Samsung introduced their Gear VR headset just last week as noted in the promotional infographic below.

Will Apple be stepping up to the plate to deliver a new 3D VR head mounted display system to compete with the Oculus Rift or Samsung's Gear VR anytime soon? Only time will tell.

Apple credits John Tang and Anthony Fadell (who is now with Google after his company Nest Labs was acquired in January 2014 for 3.2 Billion) as the inventors of granted patent 8,832,557 which was originally filed in Q1 2008 and published today by the US Patent and Trademark Office.

Samsung Invents Foldable Events for Smartphone and/ or e-Book