Home Archives Contact Us Subscribe Twitter Facebook Patently Mobile
A Stunner: A New Patent Surfaces Listing Steve Jobs as the Primary Inventor of a Non-Apple Invention
Gartner Thinks that the Apple Watch will trigger more Consumer Interest in the Wearables Space in 2015 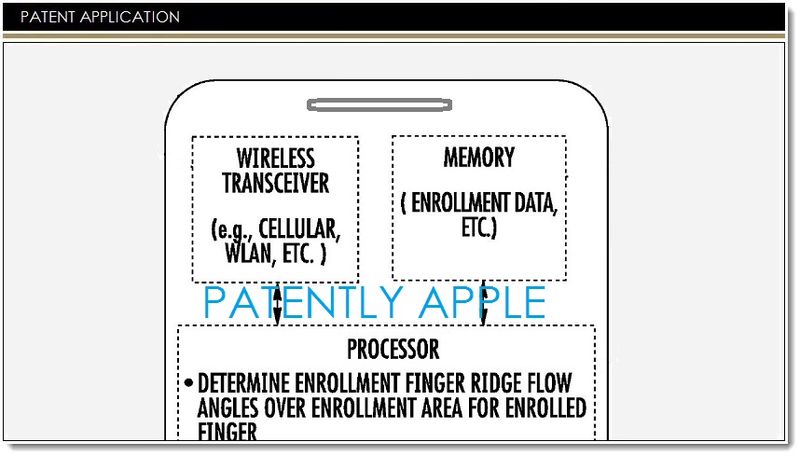 On September 18, 2014, the US Patent & Trademark Office published a series of five patent applications from Apple covering such matters as CarPlay, Touch ID, Deep Audio and more. While it's impossible to have high profile inventions roll every week, especially with Apple's Tim Cook trying to be more secretive that Jobs ever was, there's still a lot of intellectual property to appreciate exploring today.

Patent One: Siri and CarPlay

Apple notes that many automobiles provide dashboard computers with navigation and content applications. However, most dashboard computer solutions rely on unintuitive user interfaces that are difficult to operate in a hands-free and safe manner while driving. 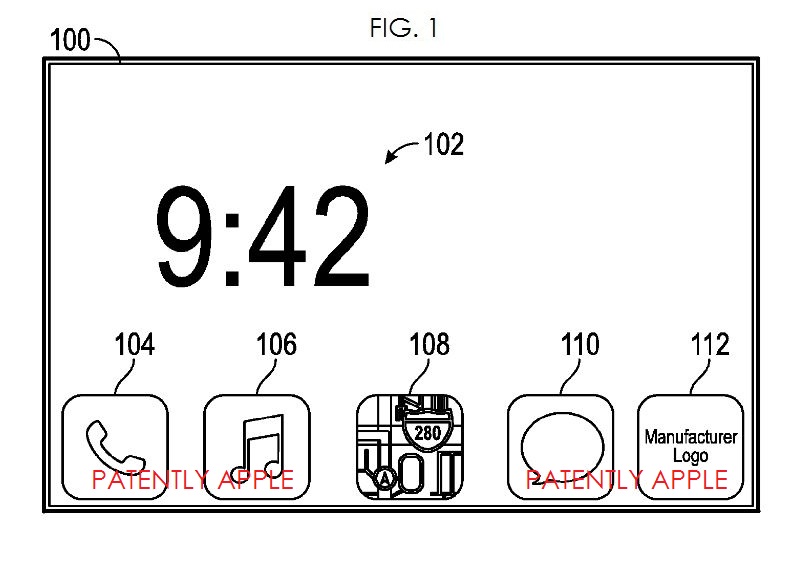 For example, some or all of the electronic device may be mounted in a dashboard for use while driving. The electronic device may provide informational content, entertainment content, navigation, and communication features in such a manner that user interaction may be minimized, thus providing a safe driving experience. This can be accomplished by performing tasks and presenting content automatically, without the need for user input, and by allowing user input through voice controls, touch screen controls, and/or physical controls mounted on the dashboard or steering wheel, among other possibilities. For more on Apple's Carplay related invention, see patent application 20140278072 which is titled "Voice and Touch User Interface."

Patently Apple first covered Apple's invention back in April 2014 under a report titled "Apple to Dramatically Advance the Quality of their EarPod Mic." You could check out our report to see more detailed graphics and overall detailing.

The only thing that's really changed here are the Patent Claims, the stuff lawyers love. Yet beyond the claims, there's nothing new in the body of the patent application that wasn't covered in April. 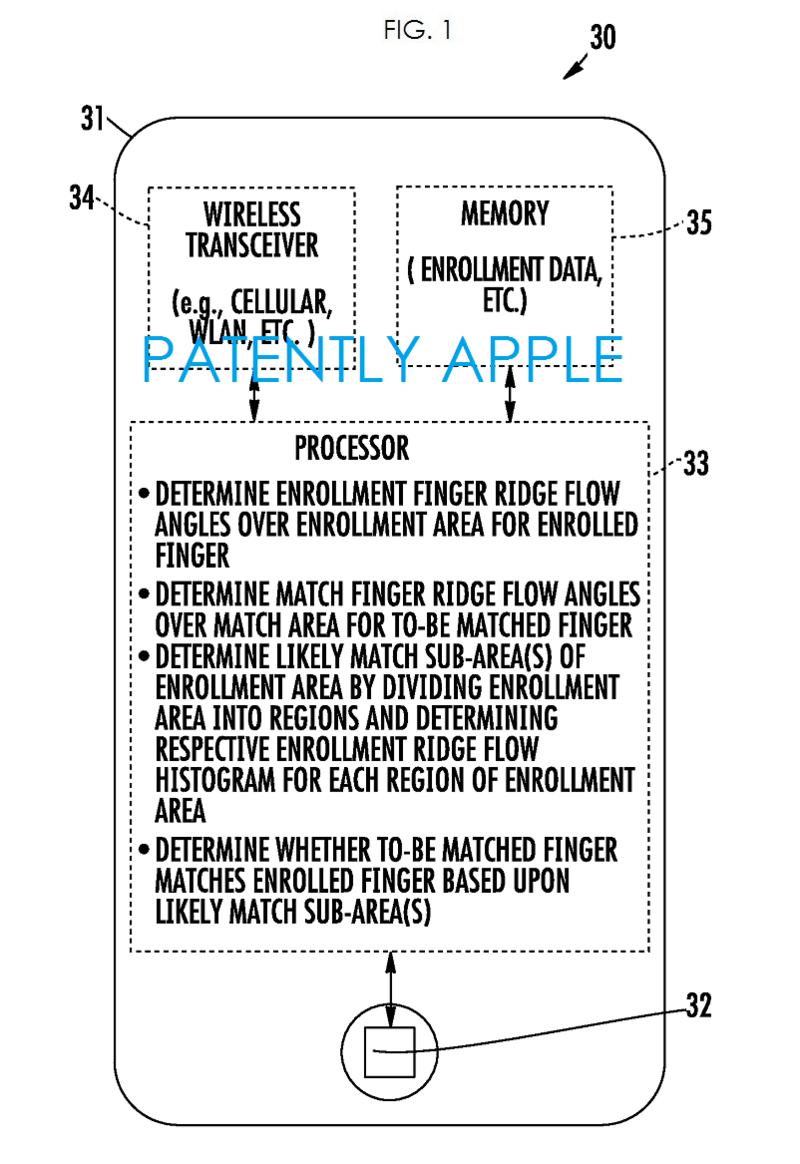 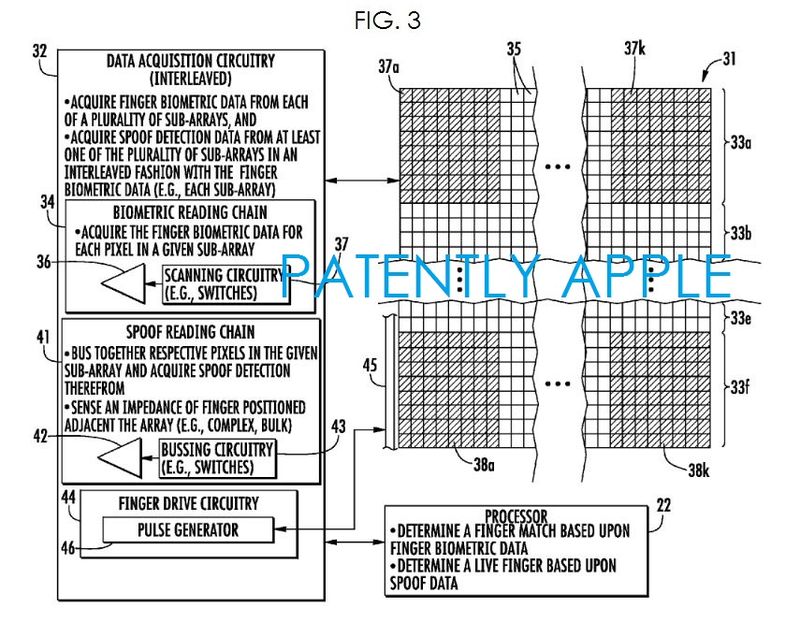 According to Apple, the acquisition circuitry may include a biometric reading chain capable of acquiring the finger biometric data for each finger sensing pixel in a given sub-array, for example. A spoof reading chain may be capable of bussing together respective finger sensing pixels in the given sub-array and acquiring spoof detection data therefrom. For more on this invention, see Apple's patent application 20140270416

One last patent to note is one relating to liquid metal. This patent, as all liquid metal patents, are extremely complicated to read. Yet for many engineers, it'll be like reading a comic book. For engineers and gluttons for punishment, read Apple's patent tilted "Bulk Metallic Glasses with low Concentration of Beryllium." And no it has nothing to do with Barium (ouch).