The next generation Parallels has just been launched. The Parallels Desktop 10 for Mac and Parallels Desktop 10 for Mac Enterprise Edition upgrades are available today and the packaged software version will debut worldwide on August 29. Parallel notes in their promotional video that "OS X Yosemite coolness comes to Windows." The upgrade version sells for $50 and $80 for first time buyers. Their student version is only $40.

Parallels Desktop 10 will bring many of the announced features of Mac OS X Yosemite to Windows and Windows applications, supporting iCloud Drive, iMessages and SMS text sharing from Windows, and control of virtual machines from Spotlight preview and Finder QuickLook. New ease-of-use improvements include Wizards that guide users through optimizing their experience, improved performance and battery life, and improved usability between operating systems so that people can complete tasks more quickly. Parallels Desktop 10 gets out of the way so customers can think less about the tools being used and more about what's important. It also offers the choice and freedom to use whatever operating system fits your needs – including OS X Yosemite, OS X Mavericks, Mac OS X Mountain Lion, Windows 8, Windows 7, Chrome OS, Android and a number of Linux operating systems – all on one computer. 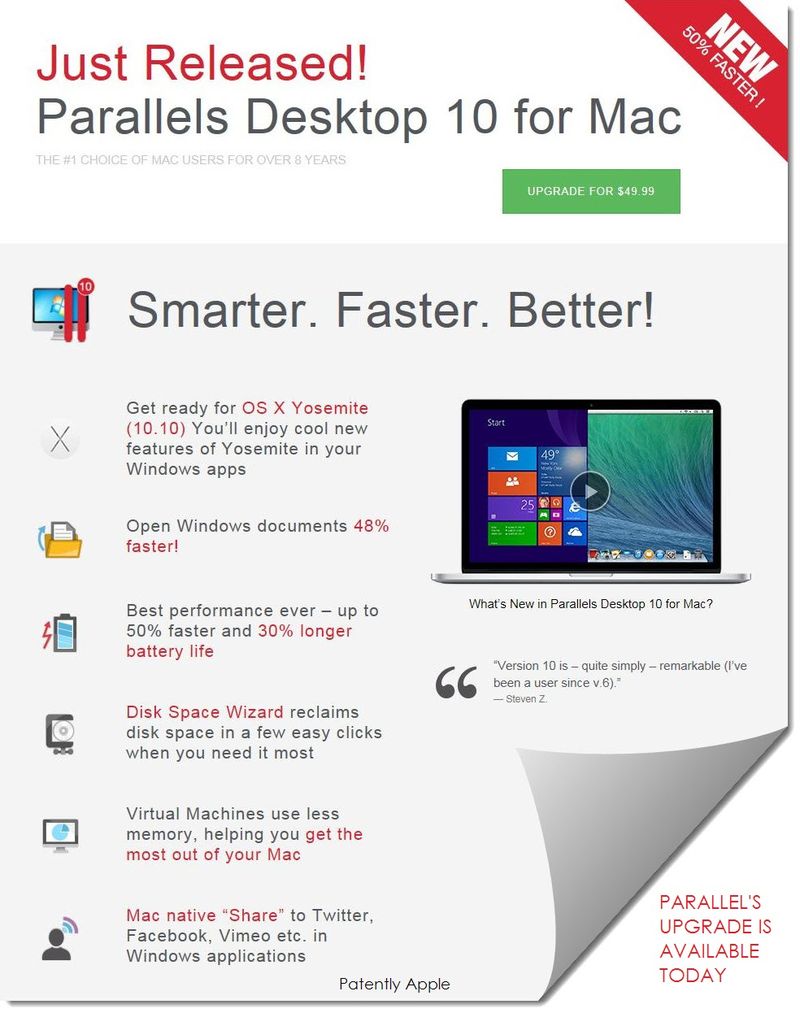 For consumers who want a Mac but still need or rely on a few key Windows apps, then Parallels is one of the best products on the market that will give you the best of both worlds. An alternative product, VMware Fusion, is likely to have an OS X Yosemite version in the coming weeks or months ahead, so stay tuned.