John Paczkowski of Re/code is making a wild but exciting forecast that Apple is going to launch a wearable device during the iPhone event on September ninth. Report Updated August 28, 2014.

Paczkowski stated in his report: "Remember back in June when I said Apple hoped to schedule a special event in October to show off a new wearable device? Remember how I also said this: 'Could things change between now and fall? That's certainly possible.' Turns out that was a prescient hedge, because things have changed. Apple now plans to unveil a new wearable alongside the two next-generation iPhones we told you the company will debut on September 9th."

That should make the September ninth event one of the most anticipated Apple events in years. If true, the house will rock. More than likely the wearable device is related to Apple's upcoming Health App.

In June we posted a report titled "Apple's "iWatch" Device may be about "Watching" your Health," and that's likely to pan out during Apple's iPhone event.

Updated Aug. 28, 2014, 10:30 AM PST: Apple officially sent out invitations to the Apple event occurring on September ninth. The venue being Flint Center for the Performing Arts in Cupertino instead of the Apple campus or Yerba Buena Center in San Francisco may be hinting that the event is going to be a milestone. 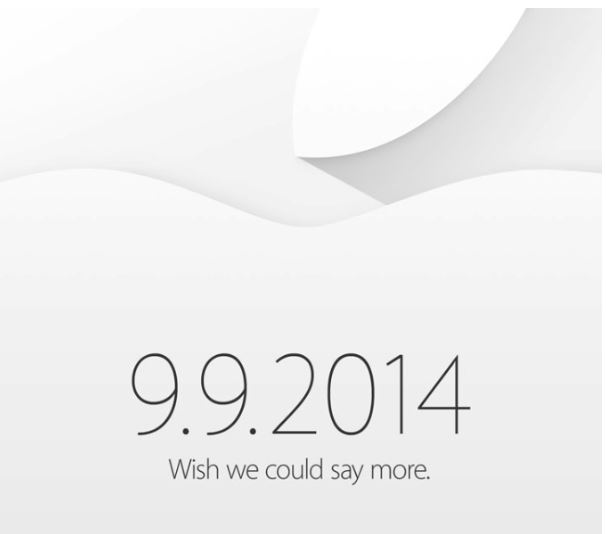