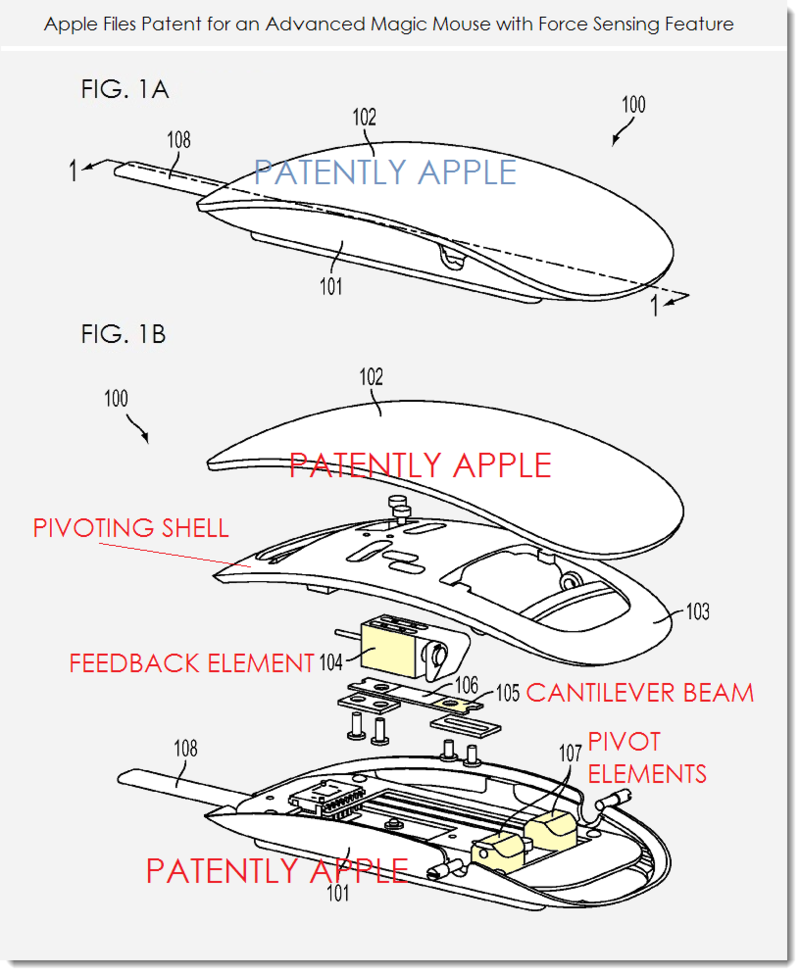 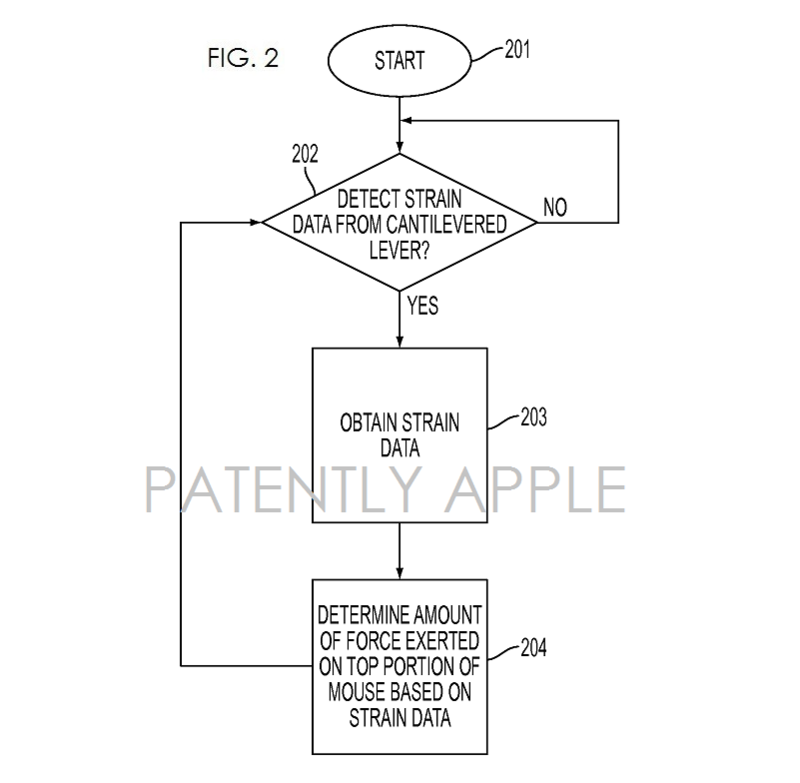 Beyond gaming and paint or drawing types of applications, Apple notes that there could be specialized uses in custom applications. Apple notes that "in cases where an amount of force is received along with an indication as to whether that force is a left force, a right force, or a middle force, the amount and kind of force may correspond to instructions for an aircraft in a flight simulator executing on the computing device. The kind of force (left, right, or middle) may correspond to the type of directional change that the aircraft is to make (pitch, yaw, or roll, respectively). Similarly, the amount of force may correspond to the speed at which the aircraft is to make the directional change."

Apple credits James Wright and Keith Hendren as the inventors of this patent application titled "Force Sensing Mouse" which was originally filed in Q1 2013. Considering that this is a patent application, the timing of such a product to market is unknown at this time.