Home Archives Contact Us Subscribe Twitter MeWe Facebook Patently Mobile
Apple Shareholder Files Class Action against Members of Apple's Board and the Estate of Steve Jobs
University Students Get a Deal if they buy a Mac before Sept. 9 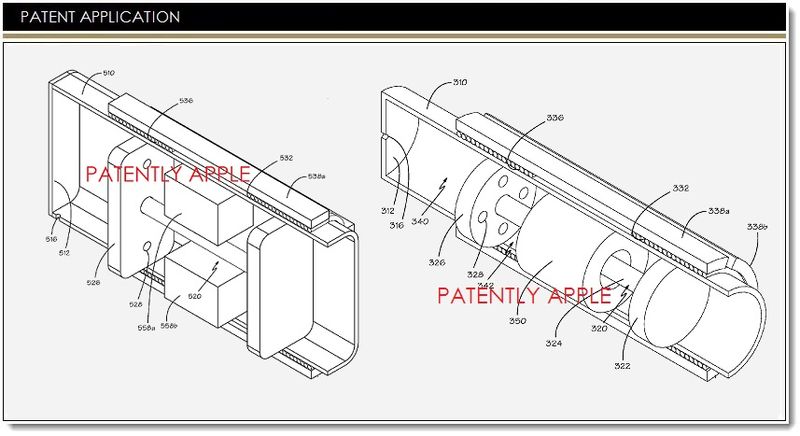 On August 14, 2014, the US Patent & Trademark Office published a patent application from Apple titled "Long-Throw Acoustic Transducer." Apple's invention generally relates to the field of audio speakers that use a moving magnetic piston as the sound producing element. The invention will be able to produce more vibrant audio for music and alerts with vibrations for future iDevices. Apple notes that their invention may be advantageous for acoustic transducers that are used in "thin" devices where the height of the acoustic transducer must be small to fit within the device. Theoretically that could mean that this was designed for the iPhone 6 and/or other future iDevices like the iPad mini and beyond. As far as the iPhone goes, we'll know if this was used or not the minute that iFixit does their teardown of the iPhone 6 in September.

It is necessary for the audio speakers to displace a volume of air to produce sound pressure waves that are perceptible to a listener. A speaker diaphragm is limited in the distance it can move, and this limit become smaller as the speaker is reduced in size. This limits the volume of sound that can be produced by a small speaker, particularly in lower frequency range.

It would be desirable to provide an audio speaker that can displace a larger volume of air from a more compact structure suitable for use in portable devices.

Apple's invention generally relates to the field of audio speakers that use a moving magnetic piston as the sound producing element. This will produce more vibrant audio for music and alerts with vibrations for iDevices. Apple notes that their invention may be advantageous for acoustic transducers that are used in "thin" devices where the height of the acoustic transducer must be small to fit within the device.

About the Acoustic Transducer

In Apple's patent FIG. 1 noted below we technically see a view of an acoustic transducer #100. The acoustic transducer shown includes a cylindrical housing #110 having a circular cross-section, which is shown with a front portion of the housing cut away along a diameter to allow the internal components to be seen.

Oscillations of the piston at audible frequencies will cause an audible sound to be emitted from the two open ends noted as #112 and #114 of the housing. The pressure waves coming out of each of the two open ends will be out-of-phase and could cancel in far field. However, if the acoustic transducer is situated such that one end #114 is opened to the exterior of a device casing and the other end #112 radiates into the inside of the device casing, essentially putting it in a wraparound baffle, the concern of phase cancellation can be mitigated.

Oscillations of the piston at lower frequencies, perhaps between 100 HZ and 250 Hz or perhaps even into sub-audible ranges, may produce a sufficiently strong vibration that the acoustic transducer can be used to produce a tactile alert.

The separation of the first and second permanent magnets and the first pole coil and the second pole coil allows the piston to achieve larger displacements with a lower piston mass than would be possible with a single permanent magnet and/or a single coil. This in turn allow a larger volume of air to be displaced by the piston which creates a louder sound. 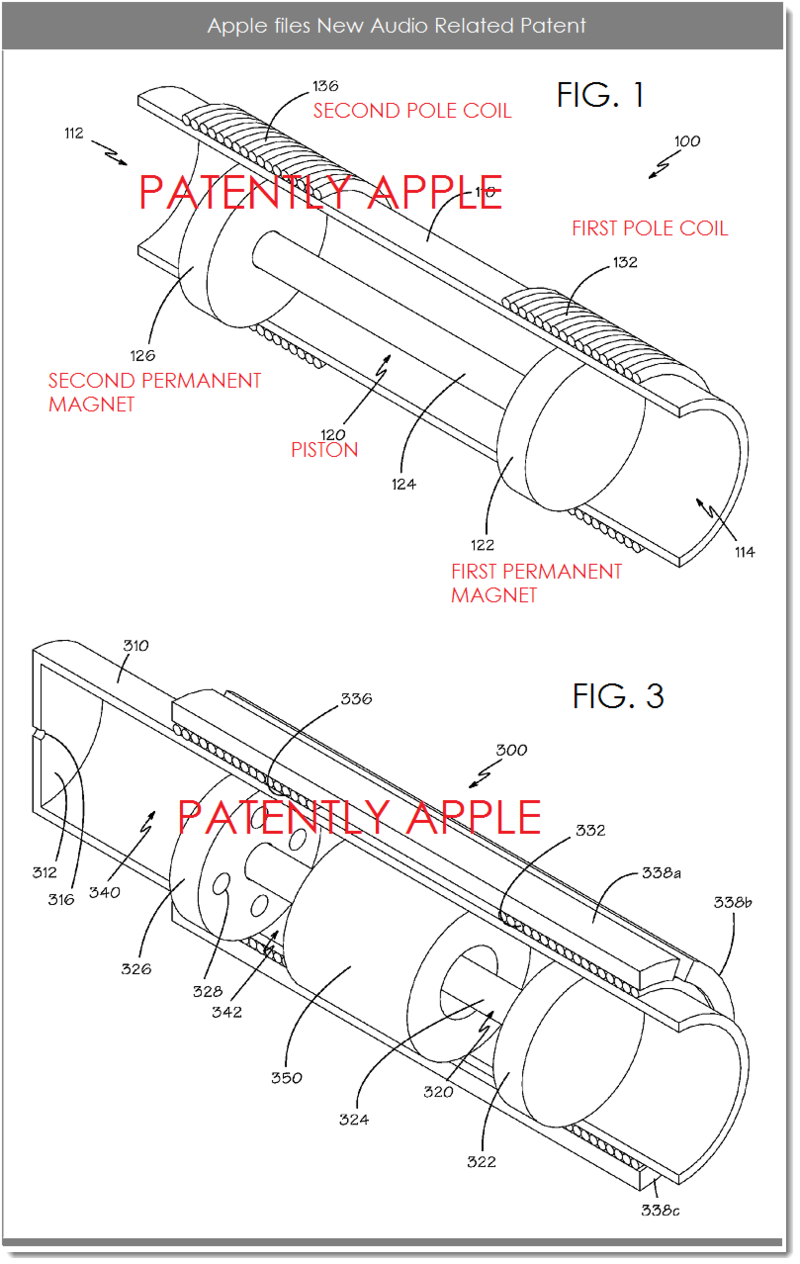 In Apple's patent FIG. 3 noted above we're able to see a pictorial view of another version of the acoustic transducer. 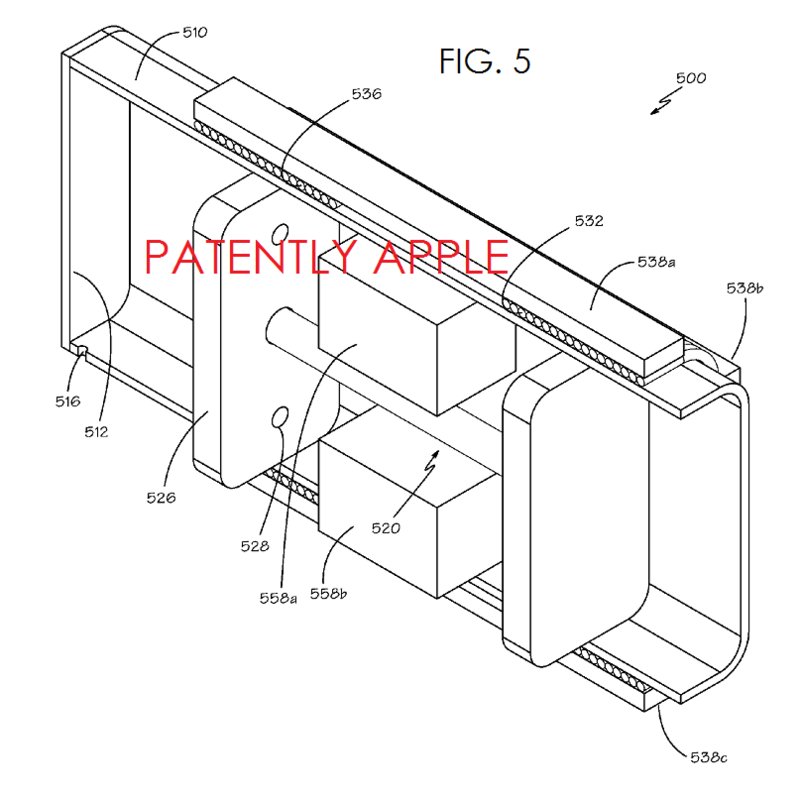 Apple credits Scott Porter, Christopher Wilk and Ruchir Dave as the inventors of patent application 20140226849 which was originally filed in Q1 2013. Considering that this is a patent application, the timing of such a product to market is unknown at this time.