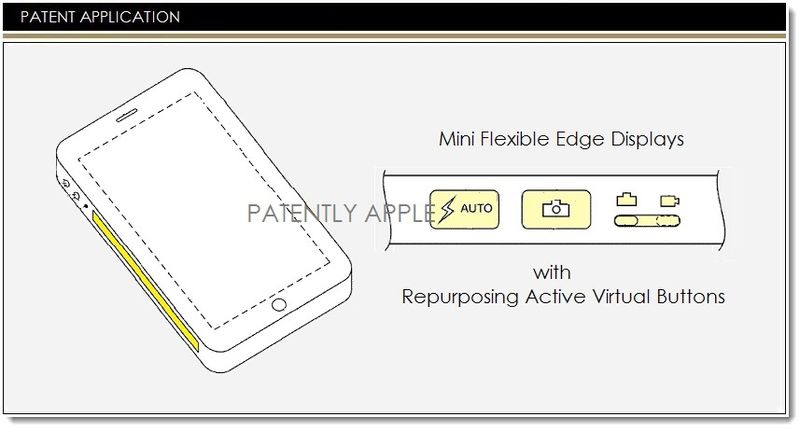 Patently Apple was first to discover Apple's original patent application regarding electronic devices with sidewall displays back in April 2013. The patent was discovered in a European filing and you could review it in full with more patent figures and background, here. 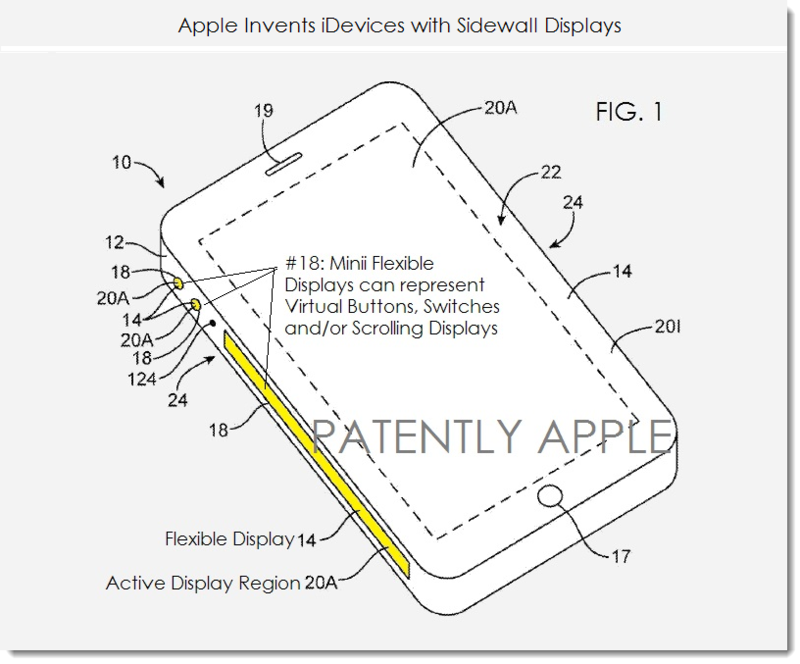 Apple's US patent filing under number 20140240289 was only made in May 2014 with Scott Myers, Stephen Lynch and Anthony Montevirgen being credited as the inventors.

Other Apple Inventions of Interest Published by USPTO Today

System and Method for Virtual Displays

In general, Apple's intelligent scrolling in digital publications invention relates to processing an electronic publication containing content having two different scrolling directions so that the content can be presented to the user through an intelligent unidirectional scrolling function that prevents fragments of sentences from being displayed. Processing can include paginating or generating a scrollable table for portions of the electronic publication that do not match a first text direction. 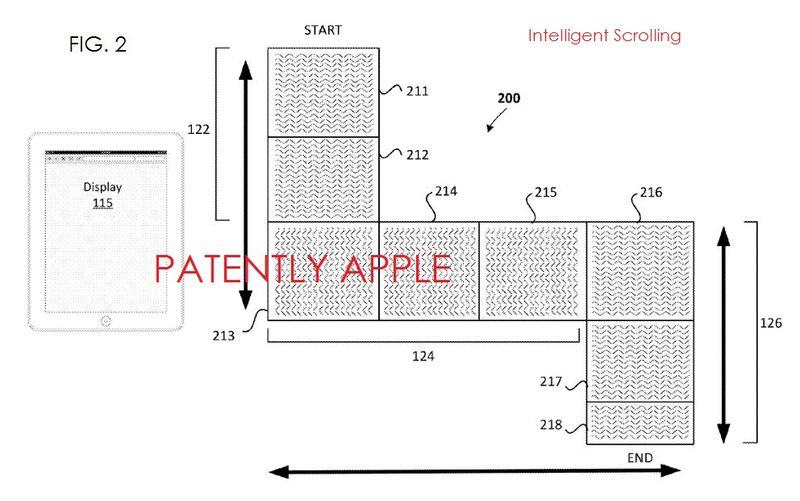 Apple has already been granted a patent for the patent titled "Configurable Buttons for Electronic Devices" as noted here.