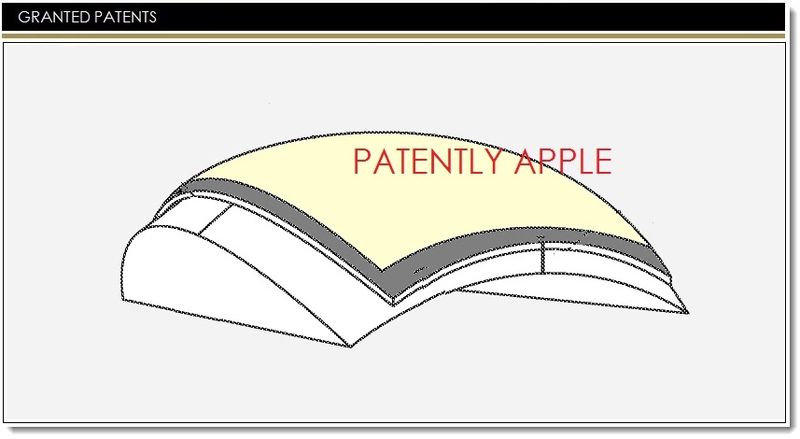 The US Patent and Trademark Office officially published a series of 48 newly granted patents for Apple Inc. today. In this particular report we cover Apple's patent for making a curved touched display. The most likely use for such a display could be in the form of Apple's future fitness-band (wrist computer or iWatch).

Apple has been granted a patent today for their invention relating to the formation of touch-panels, and in particular, to forming a curved touch-panel having at least one touch sensor formed using thin flexible substrates.

In Apple's granted patent FIG. 3A we're able to see an exemplary system for curving and laminating the flexible substrate to the cover surface. For exemplary purposes, the curved cover surface #104 is curved along two axes; however, a cover surface having various curvatures, to various degrees, along one or more axes can be similarly employed. 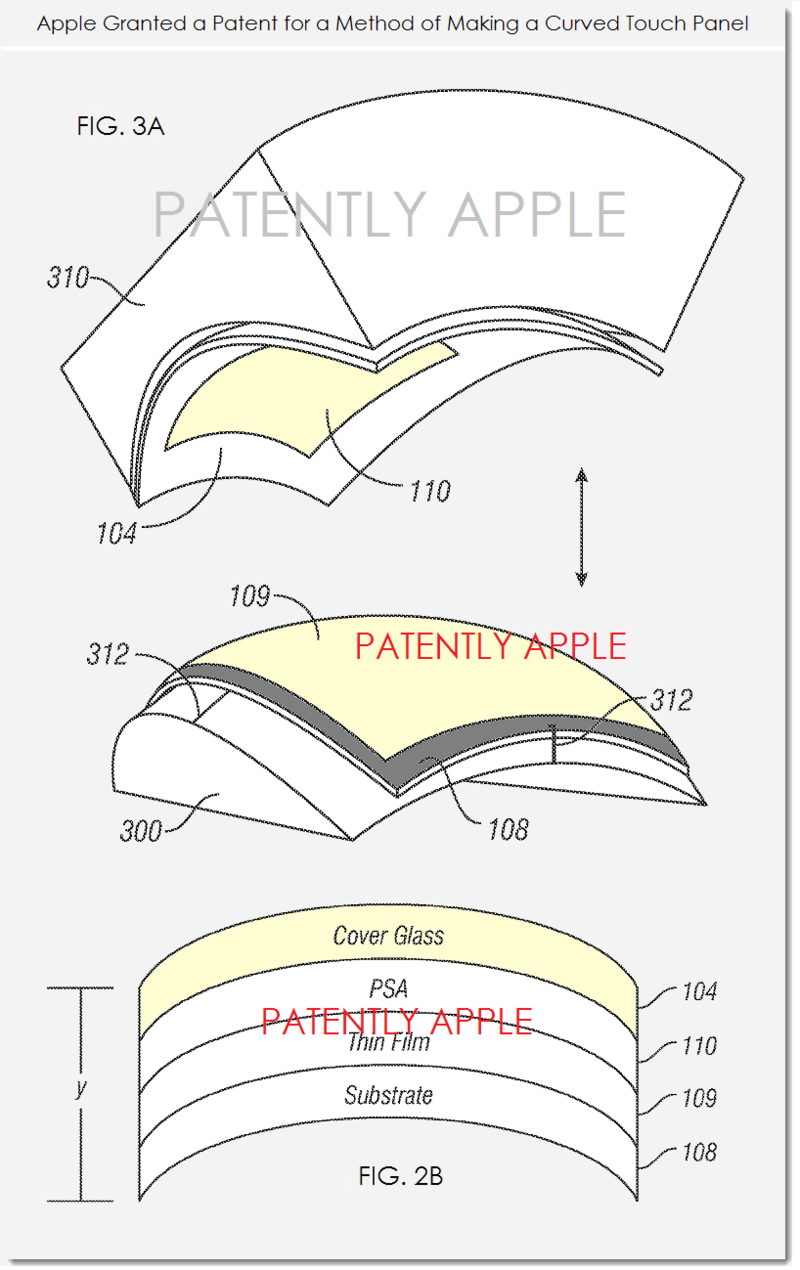 Although Apple's "Detailed Description" area of the patent describes the curved display in context to a future iPhone, the fact is that Apple's patent claims don't assign the curved display to a specific device. This means it's applicable to any future device of their choosing within reason.

Of course the most realistic short-term device that may actually use this invention for a curved display is Apple's fitness-band (computer band or iWatch).

Apple credits Kuo-Hua Sung, Casey Feinstein and Silvio Grespan as the inventors of granted patent 8,808,483 which was originally filed in Q4 2010 and published today by the US Patent and Trademark.