A new report from China Today claims that Chinese imitators have beaten Apple to the punch by launching clones of the highly anticipated iPhone 6 ahead of its official release date. While the world awaits Apple's announcement of the release date of the iPhone 6, Chinese manufacturers have already released a "shanzhai"–or knock-off–version based on alleged photographs of prototypes and the rumored specifications. That's the problem with websites supporting these crazy rumors of future iPhone cases, glass covers and specs on a daily basis. They're just assisting these knock-off cloners by promoting what the future iPhone may look like. It's like giving these cloners free advertising so that they can convincingly point to US websites to confirm that their knock-off design is the real thing.

According to the report, "The shanzhai phone is believed to be a close replica of what the iPhone 6 will look like, from the metallic outer shell and touch ID fingerprint recognition feature to the 4.7-inch screen. The clones come with a custom home page to have iOS-looking icons and apps even though the actual OS they're using is Android. 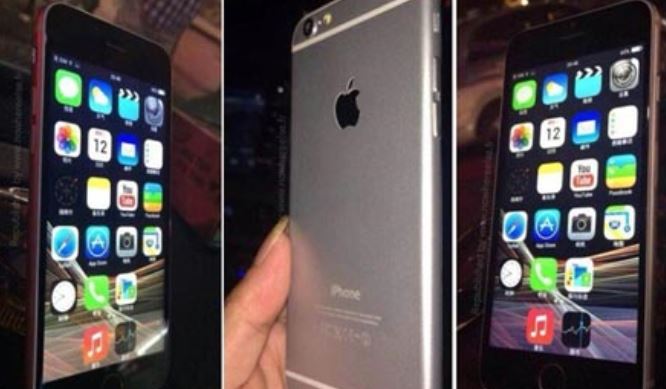 It's also not clear at this time whether or not these cloned versions will include wireless charging or near field communication (NFC) data exchange capabilities, which are rumored to be features of the real deal.

Analysts believe the iPhone 6, with its larger screen(s), could potentially become Apple's most popular phone, though there are also reports that many Apple users have been frustrated with the long wait and have already switch to competing phones.

It may sound like a joke, but these cloners have mastered this to an art form. Apple's Dr. Dre was in the news last week in regards to suing alleged counterfeiters of Beats headphones that he estimates could be in the billions of dollars of lost sales.