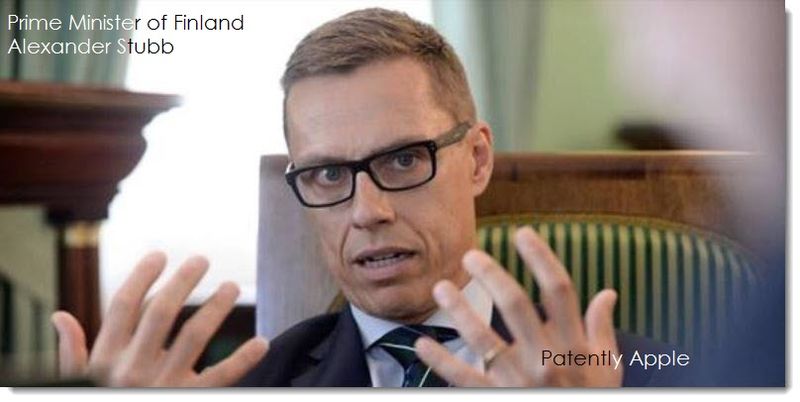 Last month 46 year old Alexander Stubb became the Prime Minister of Finland. He was formerly the Minister for European Affairs and Foreign Trade from 2011 to 2014. As Prime Minister and someone who thoroughly understands economics and foreign trade, it was disturbing to read that he actually blamed Steve Jobs for killing Finland's economy. Finland is now undergoing its worst financial crisis in more than 20 years.

Although you have to be a subscriber to Finland's Di newspaper to read his entire commentary about Steve Jobs and Finland's economic crisis, the newspaper did leave us a tempting snippet as follows:

Q: After the financial crisis of 2008, the country has not recovered.

A: "We had two pillars that we supported us. Winnie Wahlroos have described it pretty well when he said that the iPhone struck down Nokia and the iPad hit the forest industry."

Although many PC companies have taken a nose dive due to the success of Apple's Revolutionary iDevices, I think that taking down a country is a first.

Perhaps that's why the Swiss Swatch Group is paranoid about a possible Swiss-Watch killer from Apple taking down their economy. Stay tuned.