On Friday we reported that China's influential state broadcaster called a location-tracking function offered by Apple's iPhone a "national security concern." Although CCTV's report sounded more like a propaganda message from the government of China, Apple decided to respond to the broadcast to mark their official position on the matter. Apple also took the opportunity to knock those like Google. Specifically Apple stated that "Unlike many companies, our business does not depend on collecting large amounts of personal data about our customers." Below we present you with Apple's full response titled "Your Location Privacy." We simply present you what Apple is saying without commentary. 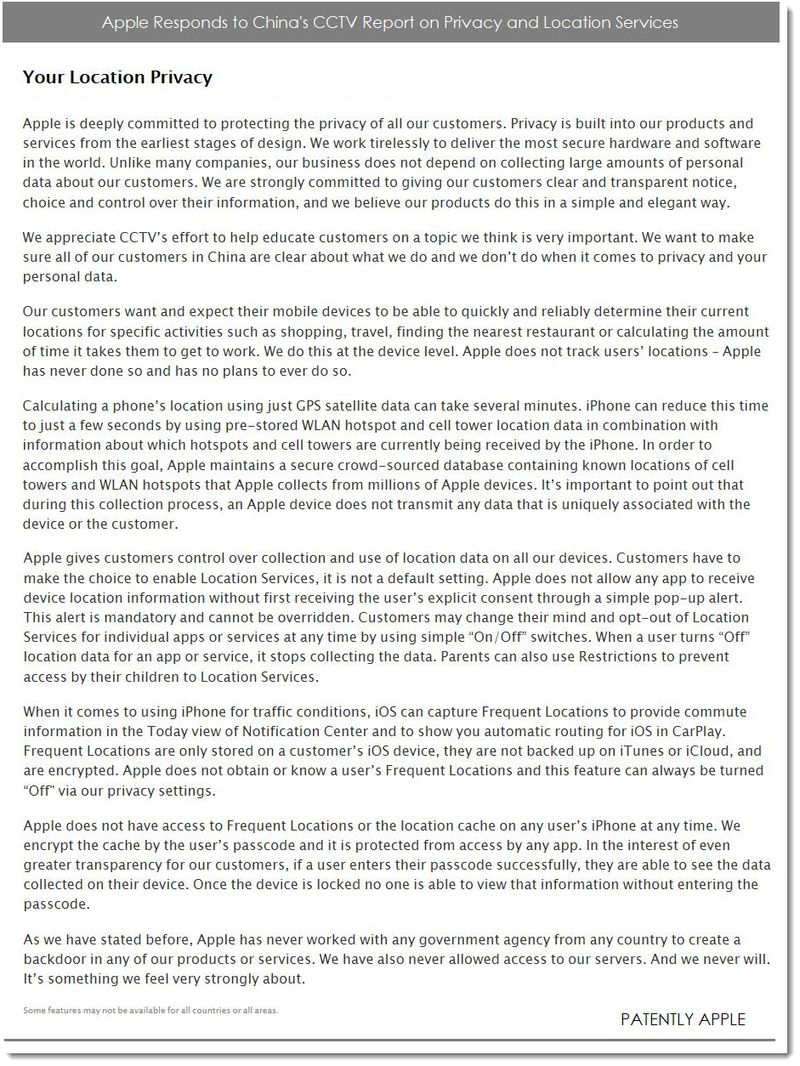 We'd like to thank Liu Yihui for his tip pointing us to Apple's official response which was posted on China's Apple website earlier today. While we presented you Apple's English version, the initial response was of course in Chinese.