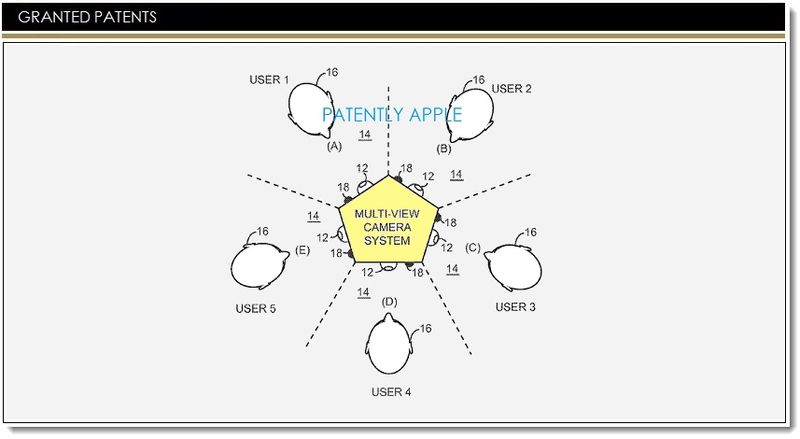 The US Patent and Trademark Office officially published a series of 33 newly granted patents for Apple Inc. today. In this particular report we cover an invention that relates to an advanced video conferencing system that includes a multi-view camera system that employs scalable video encoding. On July 15 we posted a report titled "A New Landmark Partnership between Apple and IBM is about to transform the Way Work gets done." Apple's surprising video conferencing system is to compete with Microsoft's Round Table Conferencing device and it's a system that Apple might be able to get IBM to promote in the enterprise. 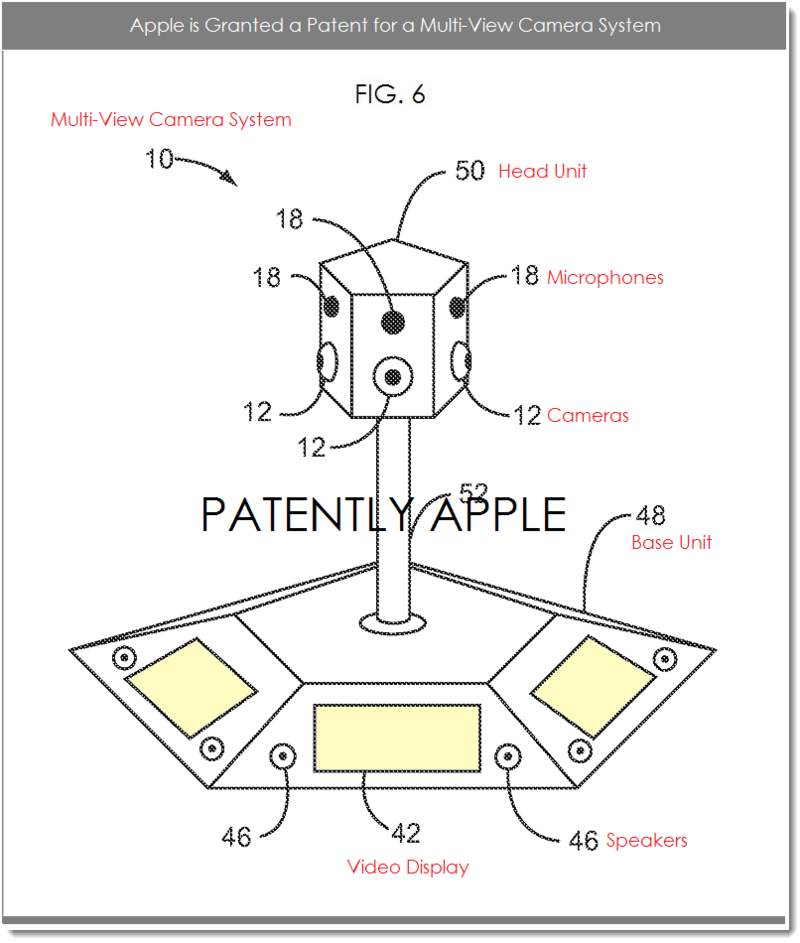 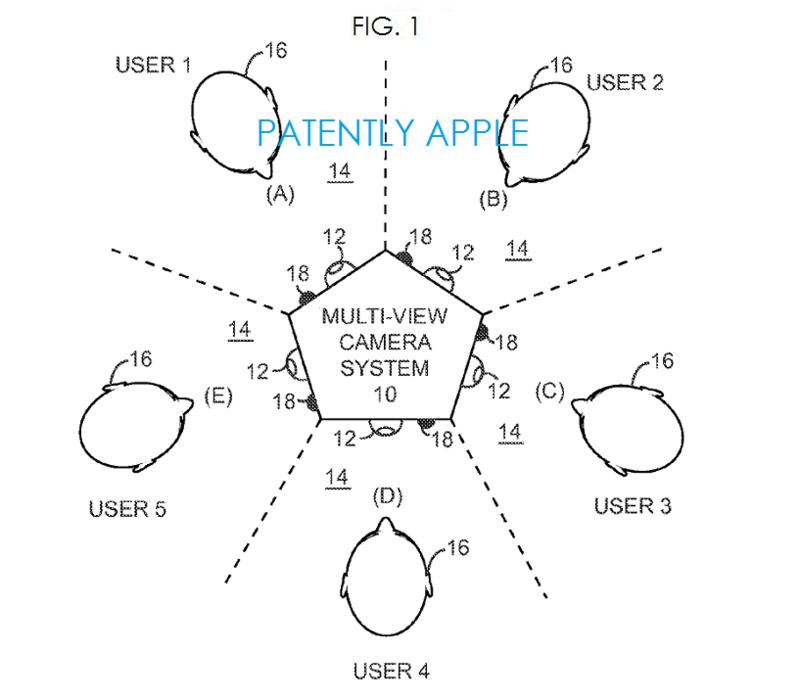 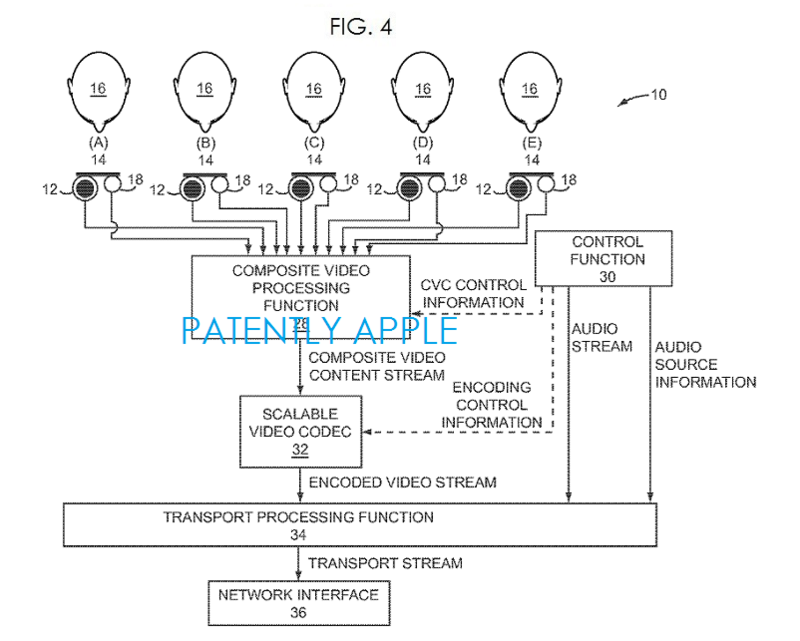 Apple credits Dany Sylvain as the sole inventor of granted patent 8,791,978 which was originally filed in Q2 2012 and published today by the US Patent and Trademark Office. To review today's granted patent claims and details, see Apple's patent.