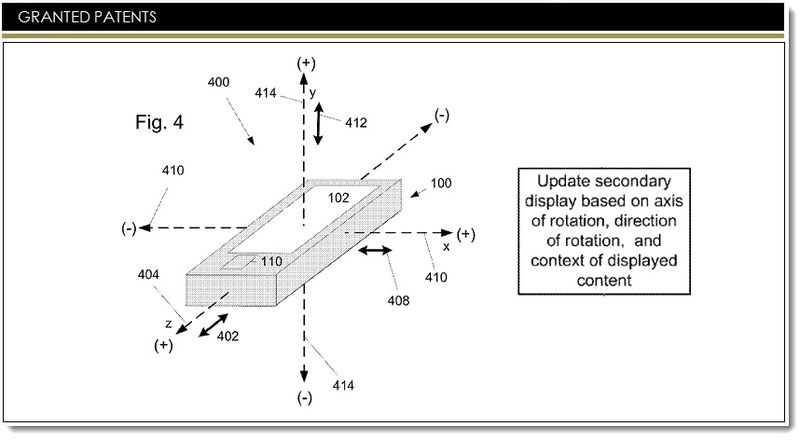 On July 29, 2014, the US Patent and Trademark Office officially published a series of 33 newly granted patents for Apple Inc. today. In this particular report we cover a granted a patent relating to a possible future e-book that provides two displays. One display is on the front of the device and the second is on the backside. The content of either side of the device is only active when it's facing the user.

Apple has been granted a patent today for their invention relating to an interactive operation of a portable media device having at least two displays only one of which can be presented at a time. More particularly, a method and an apparatus are described for using controlled motions to modify operations of the portable media device.

Apple's patent discusses interactive operation of a dual display portable media device having at least two displays mounted in a single piece housing in such a way that only one display can be presented to the user at a time.

For example, if the portable media device is an electronic book (also referred to as a e-book) and a specific page of an identified book digitally stored in the e-book is being viewed at the primary display, then by rotating the e-book "end over end" (i.e., rotating about x axis of FIG. 4) the secondary display can be instructed to present a table of contents of the identified book to be viewed once the rotation has progressed far enough to bring the secondary display into view (where is now becomes the primary display) – (See Below Patent FIG. 4.) 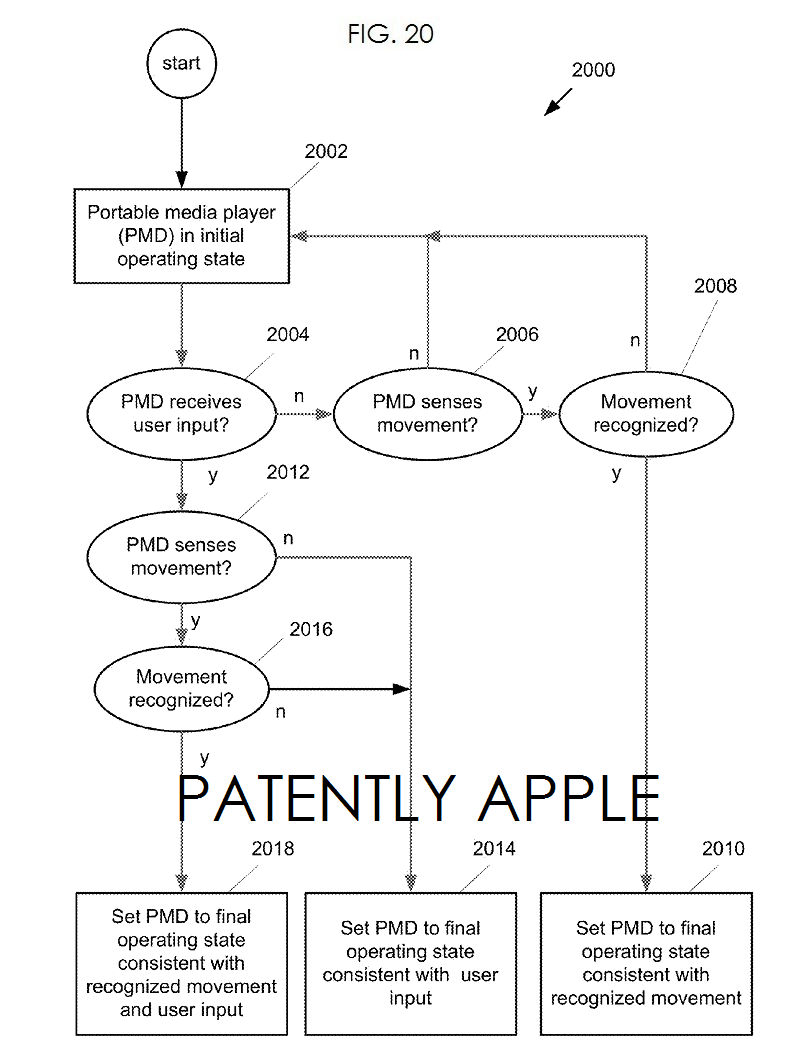 Apple credits Benjamin Rottler and Michael Ingrassia as the inventors of granted patent 8,791,898 which was originally filed in Q1 2010 and published today by the US Patent and Trademark Office. To review today's granted patent claims and details, see Apple's patent.