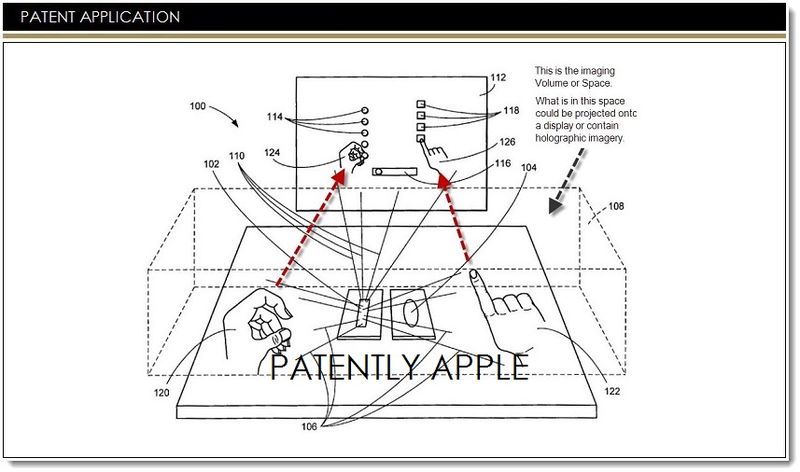 On June 3, 2014, the US Patent and Trademark Office officially published a series of 62 newly granted patents for Apple Inc. In this particular report we cover three major user interface patents covering both 3D and spoken user interfaces.

Apple Granted Patent for a 3D GUI for the Desktop

Apple has been granted a patent today for their invention relating to 3D GUI for a Desktop Computer. 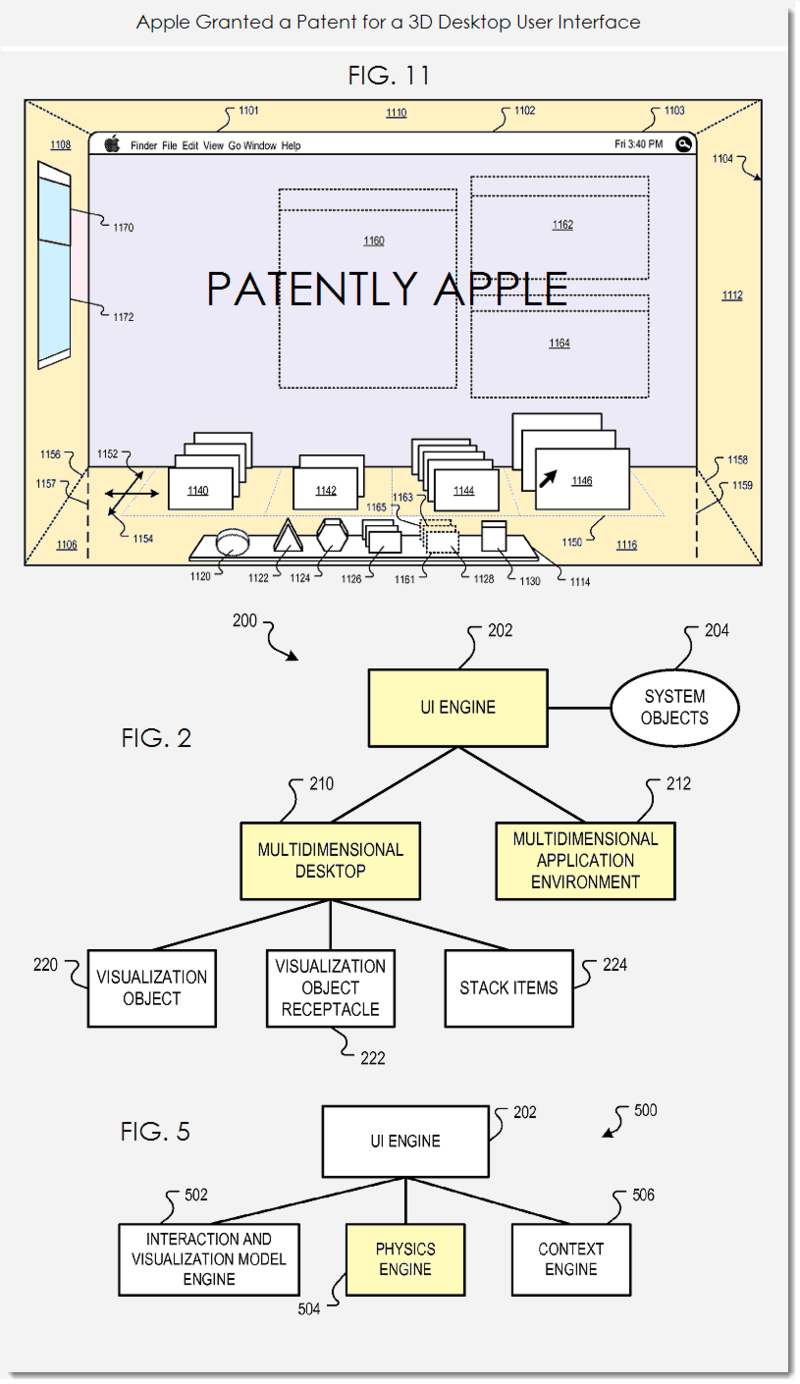 In another implementation, a two-dimensional, desktop can be depth-transitioned from a viewing surface to a back surface, and one or more side surfaces can be extended from the back surface to the viewing surface. A visualization object receptacle, e.g., icon receptacle on the one or more side surfaces can be generated. One or more visualization objects, e.g., icons corresponding to the desktop items can likewise be generated within the icon receptacle.

Apple credits Imran Chaudhri, John Louch, Christopher Hynes, Timothy Bumgarner and Eric Peyton as the inventors of granted patent 8,745, 535 which was originally filed in Q2 2007 and published today by the US Patent and Trademark Office. Patently Apple first introduced this patent application back in 2008 and covers many more graphics for you to explore. With Apple's Jonathan Ive now shifting Apple's UI further to flat graphics for Yosemite, this 3D GUI is likely not to surface unless a competitor forced their hand.

Apple has been granted a patent today for their invention relating to Spoken Interfaces.

Apple's 2006 granted patent specifically relates to enhanced accessibility through an operating system level service is provided for assisting a visually impaired user to obtain audible information and interact with elements of a standard user interface provided by the operating system. The service enables access and control of elements of the standard interface including control of any application that implements the accessibility advanced programmer interface and is being executed by the operating system and any element that may be hidden by other windows.

Apple credits Eric Seymour, Richard Fabrick, Patti Yeh and John Louch as the inventors of granted patent 8,744,852 which was originally filed in Q and published today by the US Patent and Trademark Office. To review today's granted patent claims and details, see Apple's patent.

Apple has been granted a major patent today for their invention relating to a 3D imaging and display system. More specifically, Apple's granted patent specifically states that the user input is optically detected in an imaging volume by measuring the path length of an amplitude modulated scanning beam as a function of the phase shift thereof. Visual image user feedback concerning the detected user input is presented. 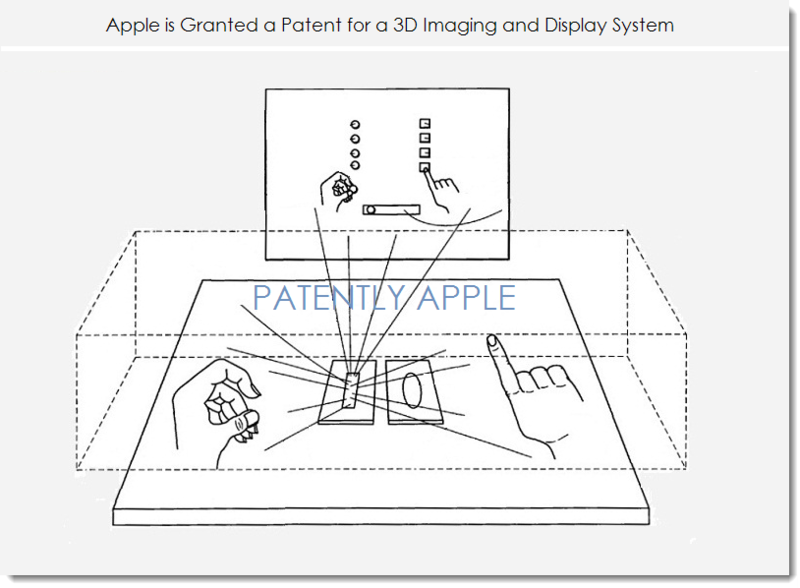 Patently Apple covered one of the original patent applications on this invention back in 2011 with more graphics for you to check out. With Apple acquiring PrimeSense who was behind Microsoft's Kinect device, Apple's wild invention just might have a chance of coming to life in the future. Being able to interact with Apple TV via Air Gestures would be very cool.

Note that all of the connections to PrimeSense patents found in our December 2013 report have now been disconnected as Apple wants to keep their possible future 3D inventions secret.

Apple credits Christopher Krah as the sole inventor of granted patent 8,743,345 which was filed in Q3 2011 and published today by the US Patent and Trademark Office. Apple's patent notes that their work on this invention goes all the way back to Q4 2005.