Amazon Set to Launch their First Smartphone with a 3D GUI

Apple's WWDC was the buzz of the week in techland with the introduction of HealthKit, HomeKit and so much more. And while the buzz was hot, Amazon took the opportunity to announce their June 18 event where they'll launch their first entry into the smartphone arena in an effort to challenge Apple and Samsung. To differentiate their phone in a sea of new smartphones coming to market later this year, Amazon is aiming to Wow consumers with the world's first 3D user interface that will use head tracking technology. Their teaser ad for their new smartphone just hit the wires this afternoon.

Apple has over time filed for patents regarding head tracking technology. One that was aimed at the desktop market was filed for in 2009 while another for a smartphone was filed for in 2012. Apple was granted their first patent on this technology in 2012. With Jony Ive shifting Apple's UI design dramatically for iOS 7 last year to a much flatter design and seeing what Apple is working on for iOS 8 and OS X Yosemite, 3D head tracking isn't on the list. 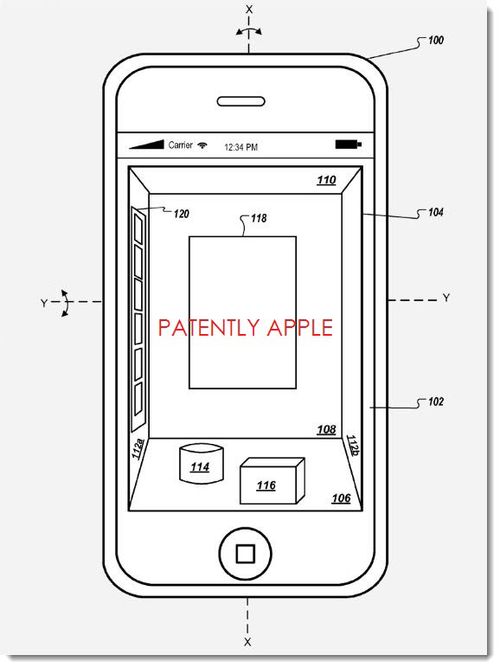 Amazon is taking a huge leap of faith here with their forthcoming 3D UI. Such a user interface is bound to be a real drain on battery life. Unless they have a solution to get around that sticking point, real power smartphone users will shy away.

Then again, there's no doubt that a cool 3D user interface could have the power to grab consumer's attention when looking for distinguishing features on a smartphone this Christmas. So it'll be really interesting to see what Amazon delivers on June 18.

Many analysts laughed at Samsung when they first introduced the Phablet to market years ago when most smartphone displays were only in the 3.5 inch range. That gamble paid off for Samsung. So who knows? Maybe Amazon's 3D gamble could pay big dividends over time. Yet as always, only time will tell.