Yesterday Google opened the doors to anyone who wants to buy Google Glass at $1,500 while it's still in Beta. Google is ramping up Google Glass as quickly as they can as Samsung Electronics is preparing to launch their own version of smart-glasses using their new Tizen OS starting in September, reports a Korean business journal. Does it really surprise anyone that they're out to stab their Android partner in the back by having a competing product for Glass before Google goes full tilt?

According to the Korean report, "Samsung will launch a swift strike on the rapidly-emerging smart glass market at the same time to counter Google Glass. Earlier this week a Samsung associate stated that they're gearing up to roll out "Gear Glass" in time for Europe's biggest electronics fair IFA 2014, which is to be held Sept. 5-10 this year in Berlin, Germany."

The kicker is that the new Samsung smart glasses will be equipped with their next-gen Tizen OS. The Gear Glass design combines an ear piece and display, enabling people to listen to music with the right ear while looking at the display with the right eye. One of Samsung's Glass designs first surfaced in Korea last fall followed by a US design patent this past March. 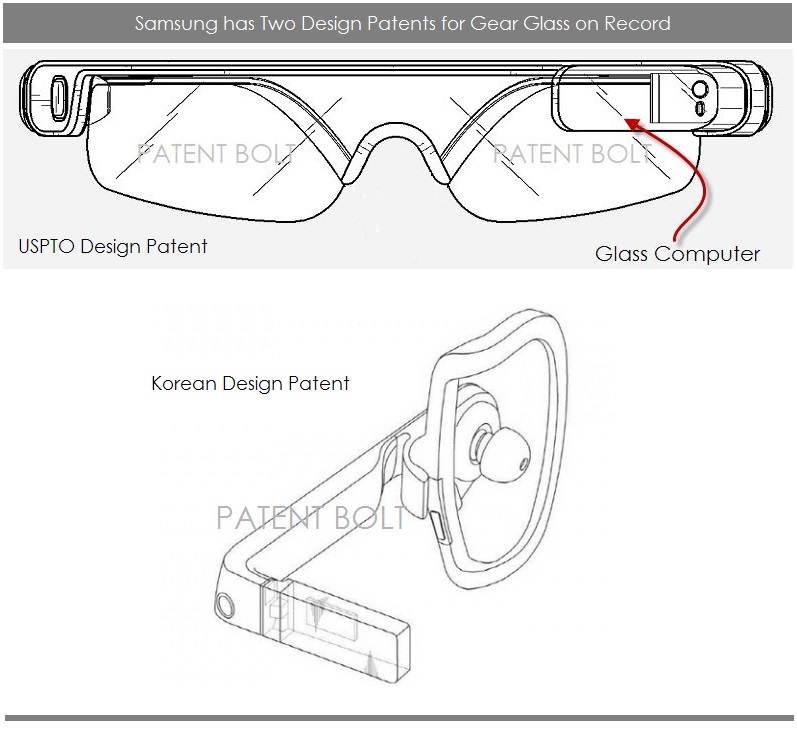 The Samsung associate further noted that "We rolled out the smartwatch first, and have secured a considerable amount of smart glass-related technology and patents. Following the roll out of our smart watch Galaxy Gear in September last year, we are slated to introduce our smart glass Gear Glass this September."

The report noted that the name "Glass Gear" is missing the usual "Galaxy" branding which may reflect Samsung's ambition to groom it to be its flagship wearable device.

Will Google try to convince Samsung to adopt the Android OS prior to Glass Gear debuts this fall or is Samsung hell bent on finally breaking away from Google's shadow? While only time will tell, it would appear that Samsung's initial ramp-up of Tizen OS used on Gear Fit and Gear 2 was really just a test for the upcoming star attraction Glass Gear.