In late February 2014, Chitika Insights observed that iOS 7 users generating the vast majority of Web traffic from U.S. and Canadian iPhones (84.3%) and iPads (78.5%). These high rates of adoption for the company's latest OS versions have been a frequently touted selling point for Apple in its efforts to maintain its strong developer community. With iOS 8 expected to be at least partially unveiled during Apple's Worldwide Developer Conference (WWDC) Keynote on Monday, Chitika revisited overall iOS version distribution on each respective device type. Expectedly, the latest data indicate indicates that share growth for iOS 7 across both iPhones and iPads in North America is at a high going into the conference. 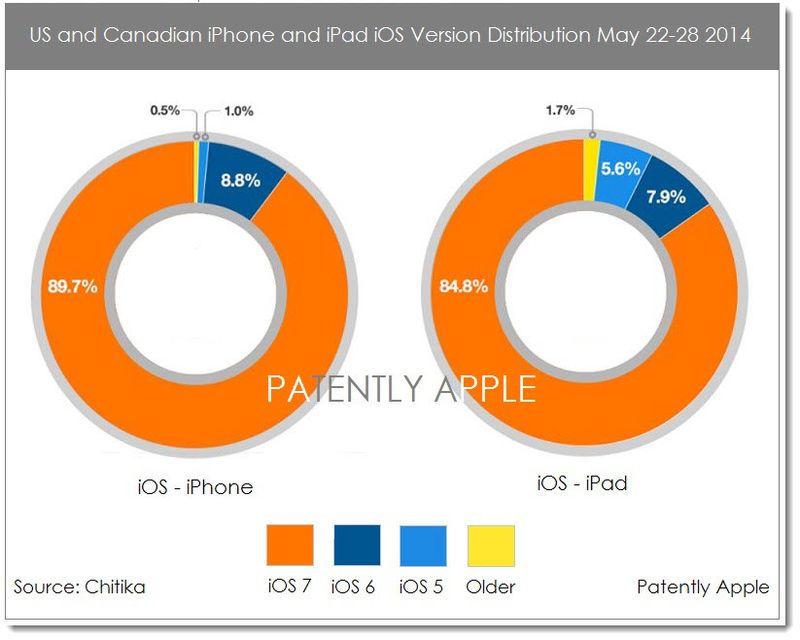 The iPhone: iOS 7 is King of Web Traffic

As noted by Chitika's chart above, nearly 90% of U.S. and Canadian iPhone Web traffic is generated by users running some version of iOS 7. This share represents an increase of 5.4 percentage points since our February study on the subject.

For developers, this kind of data is gold. Last September Piper Jaffray analyst Gene Munster stated in a note that Apple's mobile operating system iOS had 65% of the mobile traffic in the U.S. based on Quantcast data. Android was only at 30% of the traffic. Why create an app for Android first knowing that the majority of smartphone users on the web are iOS users using the latest versions of iOS.

The iPad: iOS 7 is King of Web Traffic

Looking at iPad usage figures, while not quite matching the adoption rate on iPhones, iOS 7 users still constitute the vast majority of total U.S. and Canadian iPad Web traffic at just under 85%. This is a share increase of 6.3 percentage points since the February report.

In April, Chitika's study showed us that the iPad held unto a 77.2% position in web traffic in the US and Canada across the board, leaving the competition in the dust. 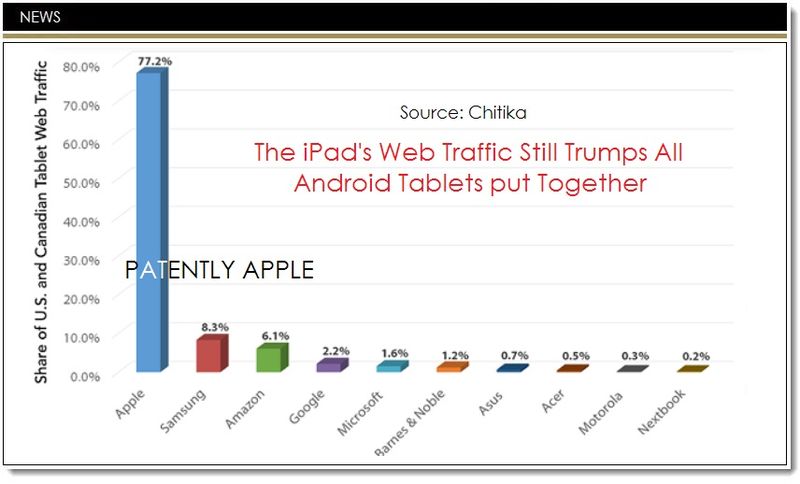 According to Chitika, more than 7% of iPad Web usage is coming from users running iOS 5 or earlier, while this number is only 1.5% for iPhones. This discrepancy is likely partially attributable to several factors. Consumers are keeping their tablets for longer periods of time as compared to smartphones, and some features in iOS updates present more value for iPhones (e.g. CarPlay, GPS), possibly leading a portion of iPad users not feeling that an update to their devices is needed. Although in both cases, the study results support the idea that regardless of device type, U.S. and Canadian Apple users are extremely likely to be running a recent iOS version. 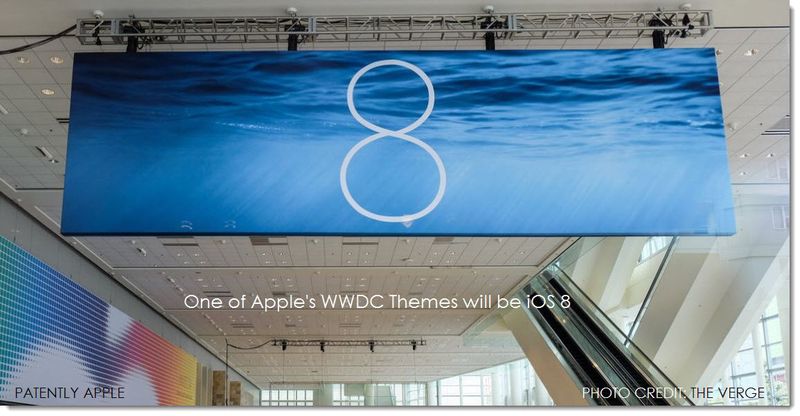 To quantify this latest study, Chitika Insights analyzed tens of millions of U.S. and Canadian iOS-based online ad impressions generated from May 22 through May 28, 2014. The results were then split into OS version distributions for iPhone and iPad users, respectively.