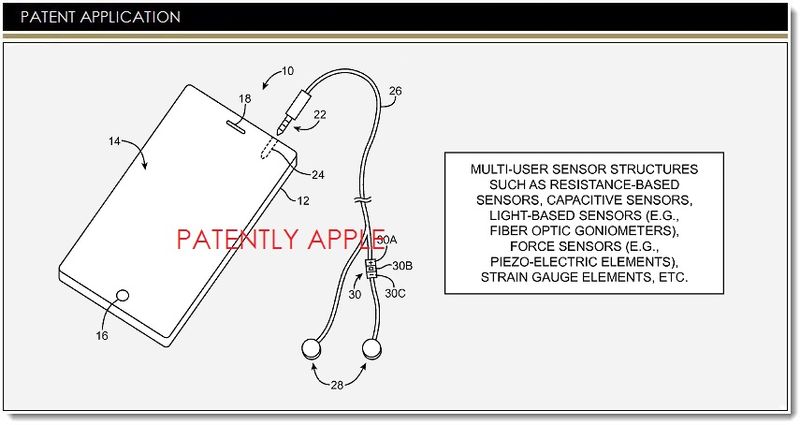 On May 29, 2014, the US Patent & Trademark Office published a patent application from Apple titled "Earphones with Cable Orientation Sensors." The earphones incorporate multi-user sensor structures that determine whether or not the earphones are being shared by multiple users and will allow each EarPod to play different the same or different content simultaneously. I'm sure that dating and married love birds will love this.

Accessories such as earphones are often used with media players, cellular telephones, and other electronic devices. Users may sometimes want to share earphones to listen to audio playback at the same time. There can be difficulties associated with sharing earphones. For example, audio is typically played in stereo so that left and right earbuds receive corresponding left and right channels of audio. A user who is sharing a set of earphones with another user may therefore miss information that is being sent to the channel associated with the other user's earbud.

It would therefore be desirable to be able to provide improved ways in which to control operation of an electronic device coupled to an accessory.

An electronic device may be coupled to an accessory such as a pair of earphones. The earphones may have multi-user sensor structures that determine whether or not the earphones are being used by multiple users.

When one of the speakers is located in a first user's ear and the other speaker is located in a second user's ear, the electronic device may perform functions in multiple-user mode such as providing monophonic playback to each speaker.

The Sensor Structures may Include One or More Angle Sensors

The angle sensors may be used to determine the angular orientation of each speaker in a pair of earphones to determine whether or not multiple users are wearing the earphones.

The accessory may include a cable having a junction at which the cable branches into first and second cable segments. The cable segments may be oriented at an angle with respect to each other. The sensor structures may be configured to measure the angle at the junction to determine whether or not the accessory is being shared by multiple users. 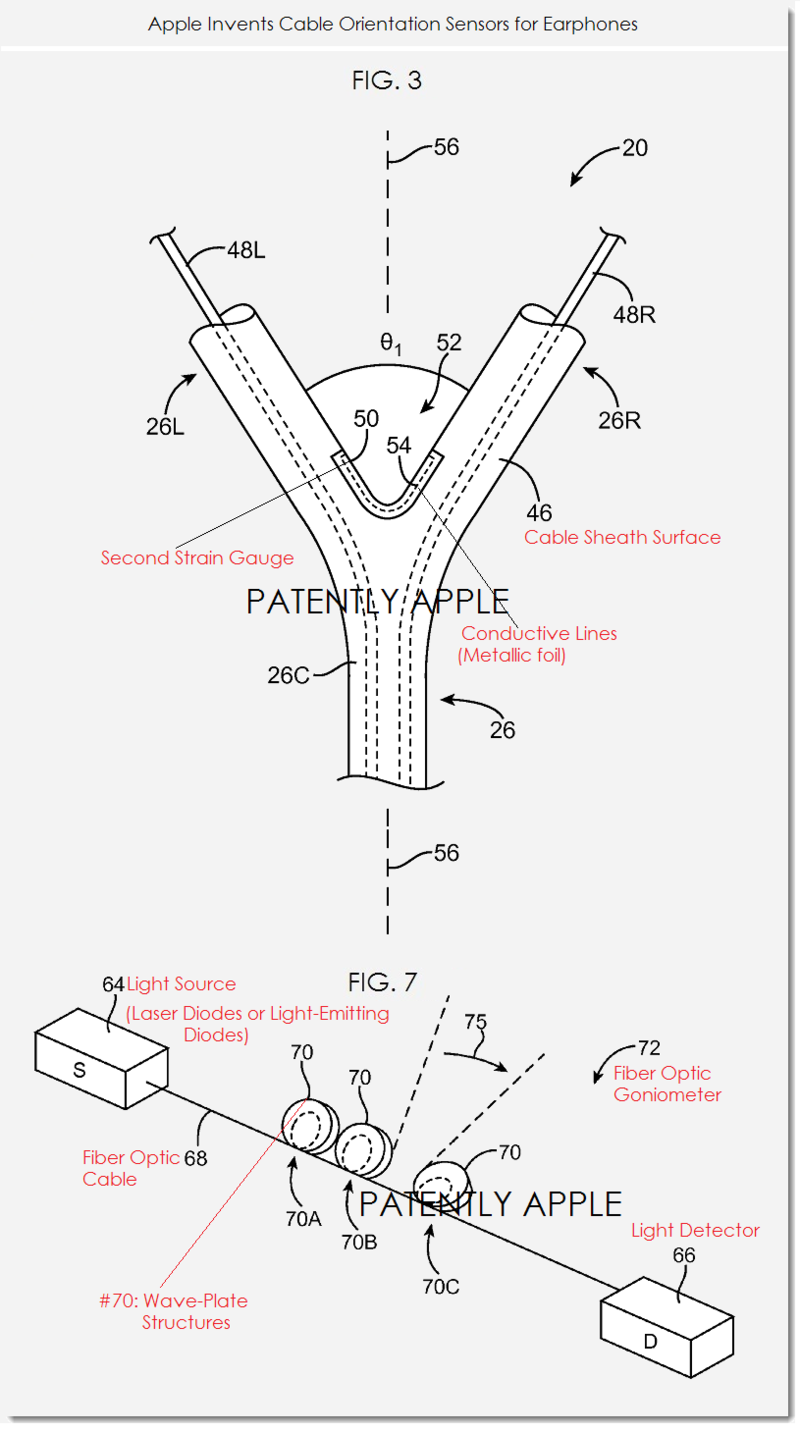 Apple states that different users could hear different audio content and that may extend to setting up the earphones in multimode so that one earphone could also receive a phone call while the other continues to play the content for the second user. 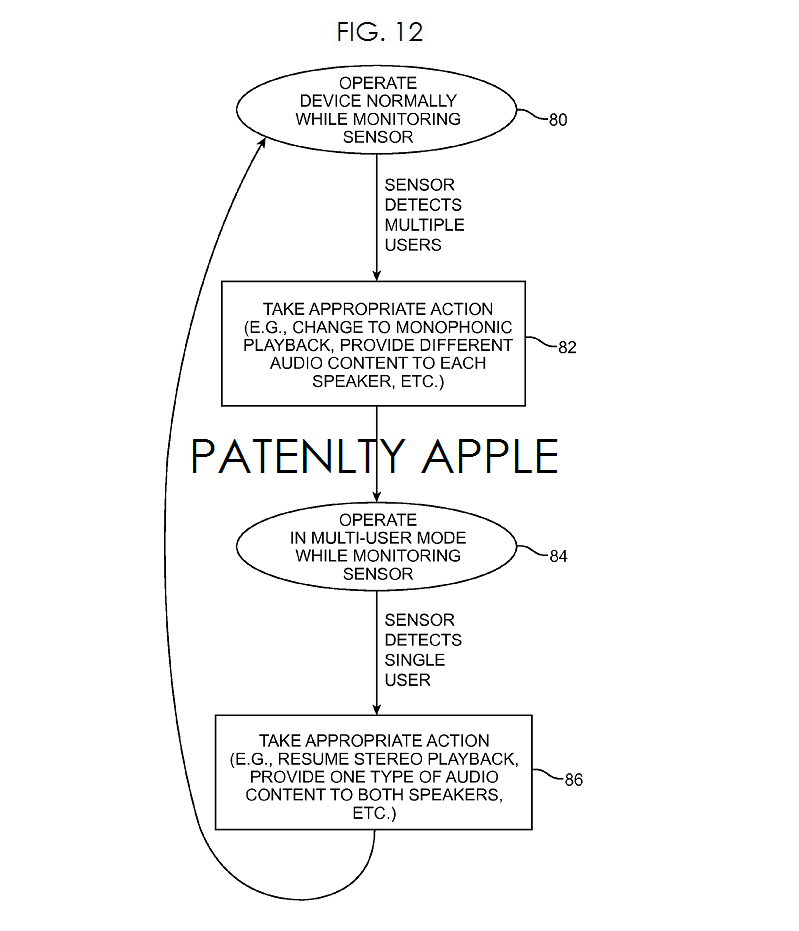 Apple credits Paul Puskarich as the sole inventor of patent application 20140146979 which was originally filed in Q4 2012. Considering that this is a patent application, the timing of such a product to market is unknown at this time.