Apple Files Key Patent in Korea to Get Under Samsung's Skin

Last March we posted one of our most popular reports of that year titled "Stunning Future iPhone with Wraparound Display Revealed." As our cover graphic reveals, the patent application revealed a possible future iPhone with a cool curved display. The patent in general however, was more broadly focused on tubular display designs of various shapes. Samsung, as you know, has filed for a great number of patents concerning flexible displays and is considered one of the pioneers in this field. With that in mind, Apple made a point to file their flexible display patent for a future iPhone in South Korea. That's Apple knocking on their door and basically saying, I'm coming – what are you going to do about it?

Apple filed their patent application in Korea last month. Proof of that was made public by the European Patent Office Espacenet this past week as noted below. Apple doesn't file that many patents in Korea and so it's an interesting development. 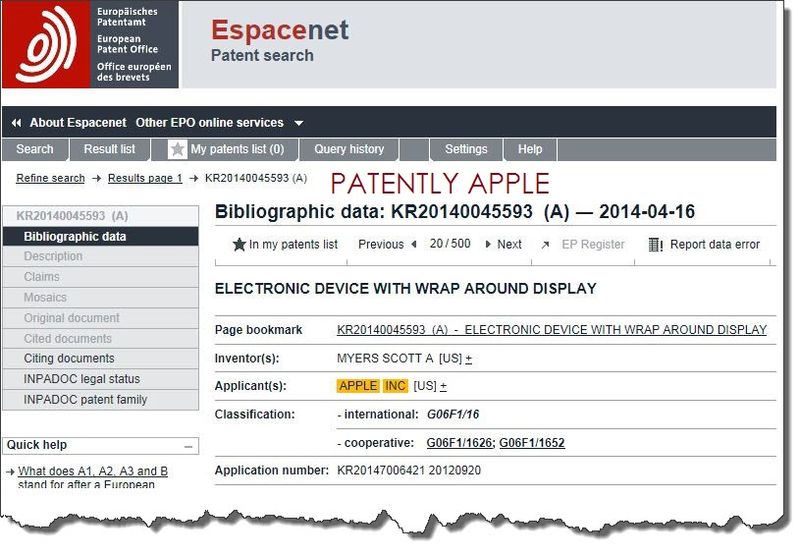 Whether Apple is taunting or notifying Samsung with this patent pending invention or simply presenting them with a head-fake is unknown at this time. Yet whatever it is, it's in Samsung's face and you have to love it just for that alone.