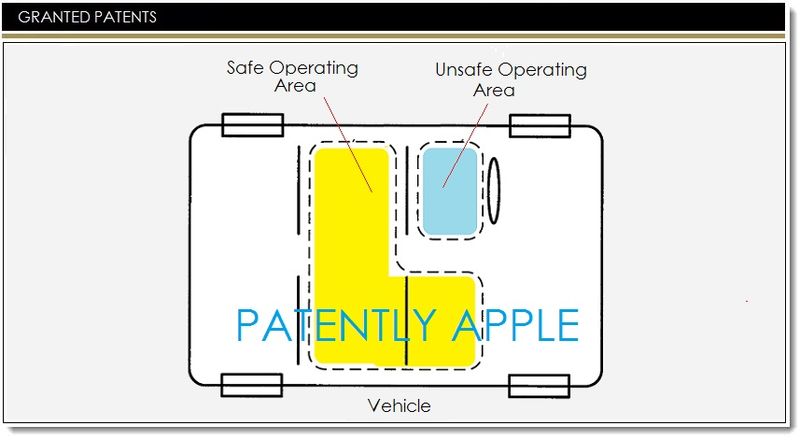 The US Patent and Trademark Office officially published a series of 56 newly granted patents for Apple Inc. today. In this particular report we cover Apple's granted patents for their magic mouse and one relating to a method of turning off an iDevice while a driver is in the driver seat and in motion. This invention was way ahead of its time and yet it's possible that it'll make its way into a future version of Apple's new CarPlay. We wrap up this week's granted patent report with our traditional listing of the remaining granted patents that were issued to Apple today.

Apple's Granted Patent Background: Texting while driving has become a major concern of parents, law enforcement, and the general public. An April 2006 study found that 80 percent of auto accidents are caused by distractions such as applying makeup, eating, and text messaging on handheld computing devices (texting). According to the Liberty Mutual Research Institute for Safety and Students against Destruction Decisions, teens report that texting is their number one distraction while driving. Teens understand that texting while driving is dangerous, but this is often not enough motivation to end the practice. 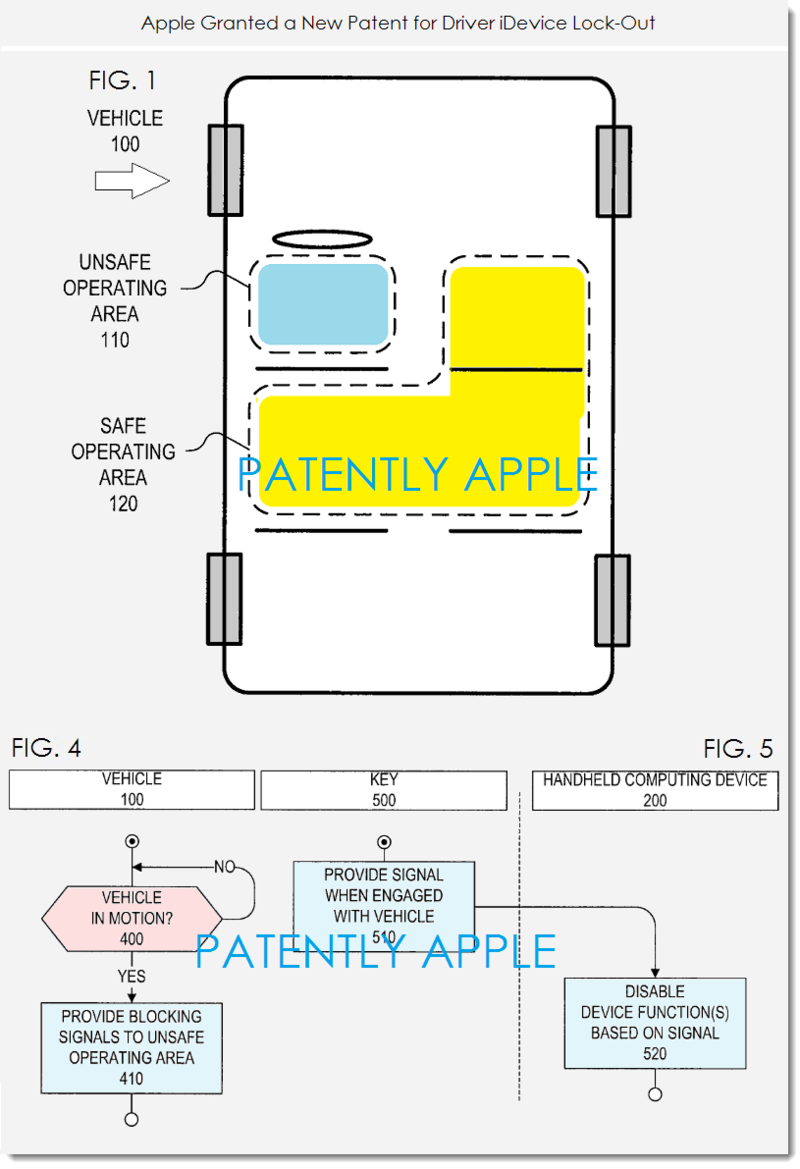 In yet another embodiment, a vehicle and a handheld computing device can provide a lock-out mechanism in which the vehicle transmits a signal notifying the iDevice to disable functionality.

This technology could be a good candidate for a future version of CarPlay.

Interestingly, the sole inventor of this granted patent is John Elias who's famous for his work on all-things Multitouch for iDevices. Apple originally filed this patent back in Q4 2008 before CarPlay was even a thought at Apple. To review today's granted patent claims and details, see Apple's patent.

Apple Granted a Patent for their Magic Mouse

Apple has been granted a patent today for their Magic Mouse which Apple further describes as an ambidextrous mouse. 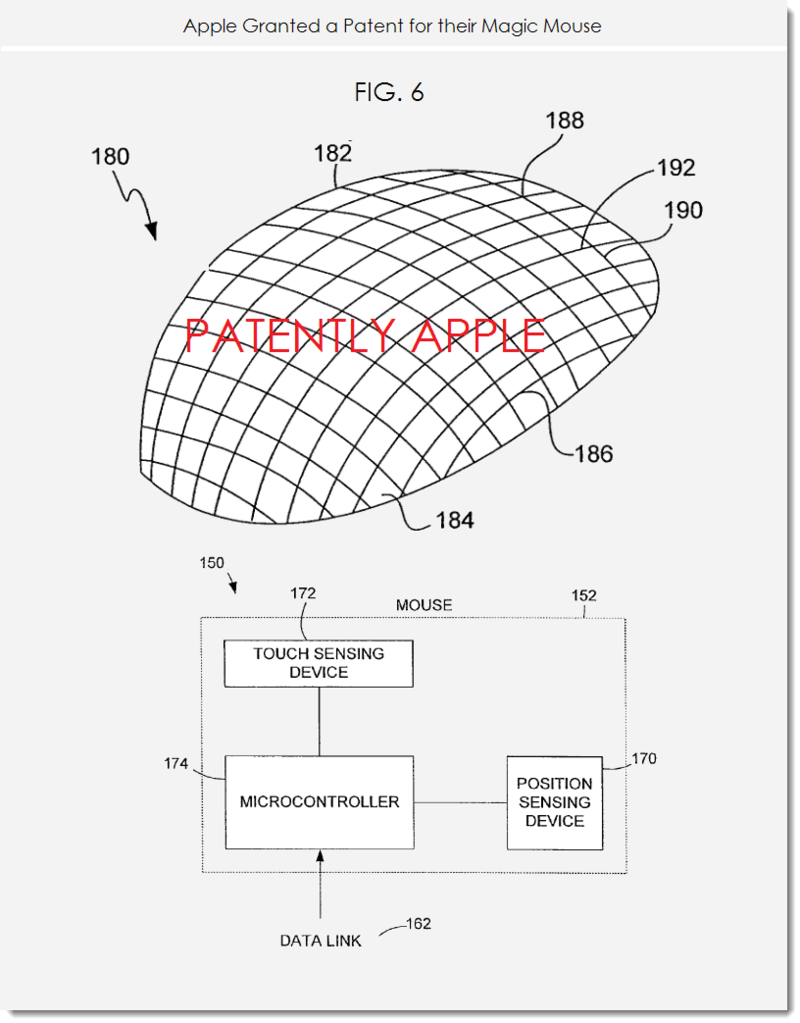 Apple credits Steve Hotelling and Brian Huppi as the inventors of granted patents 8,704,769 and 8,704,770 which were originally filed in Q3 2008 and published today by the US Patent and Trademark Office. To review one of today's granted patents with 25 claims, see Apple's patent. 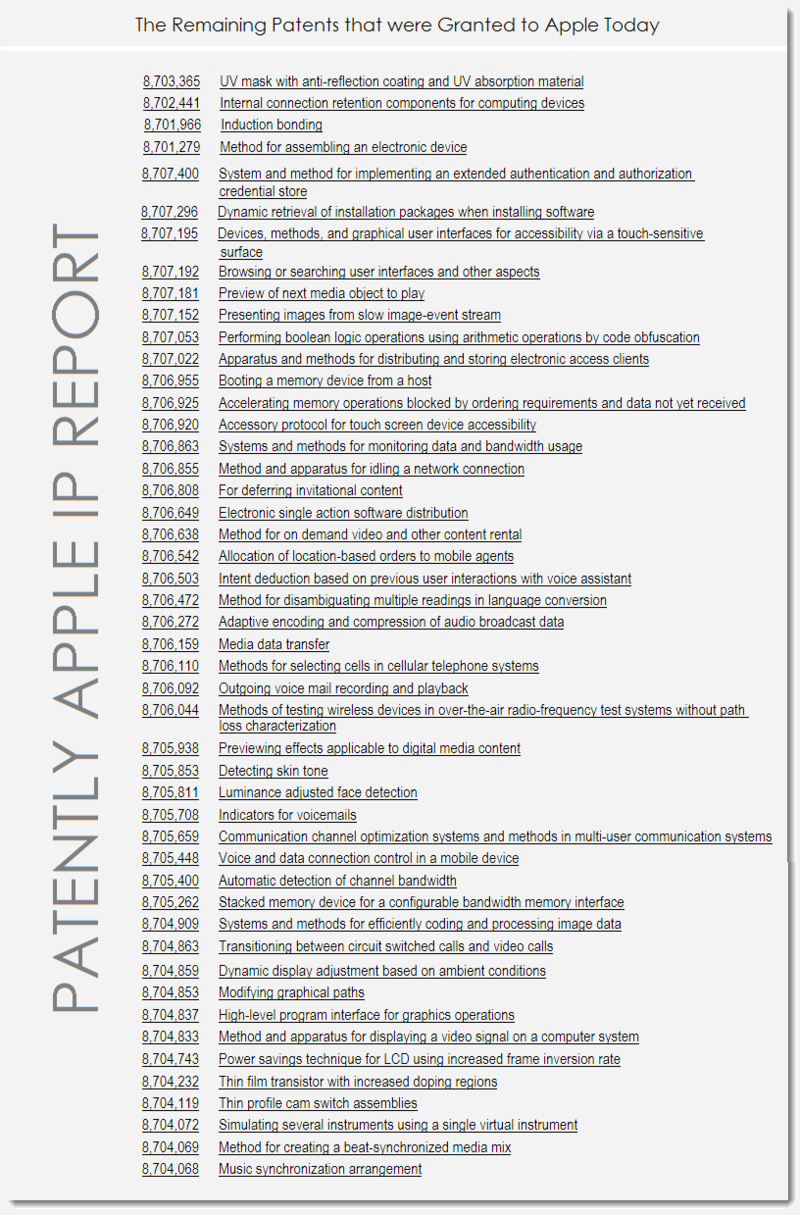