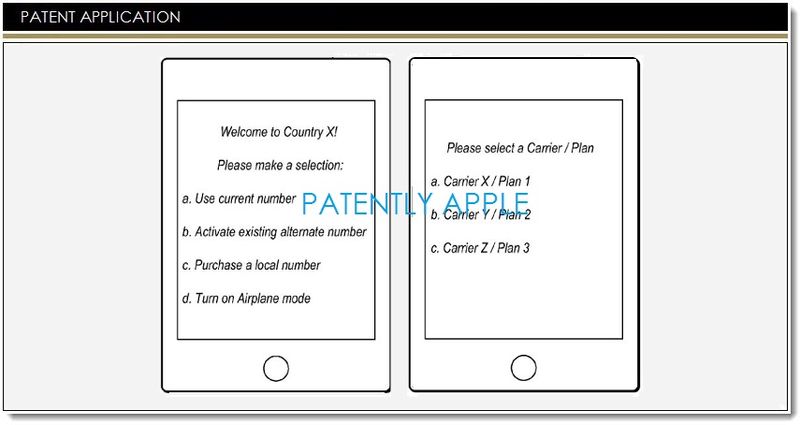 Earlier this week we posted a report titled "Apple Secretly Moves Next-Gen iPhone Baseband Processor Development In-House to Possibly Enhance Security." Today, the US Patent & Trademark Office published a patent application from Apple that may reveal yet another aspect of Apple's future radio systems. Apple's new patent relates to the field of wireless communication, and more particularly to a system and method for performing location-based updating of subscriber identity information in an iDevice which utilizes an embedded subscriber identity module (eSIM).

For example, a commonly used type of subscriber identity information is an International Mobile Subscriber Identity (IMSI), which identifies a subscriber's wireless device in their carrier's network. For subscribers to roam outside of their home network, their carrier may negotiate roaming agreements with other network operators so the visited network recognizes the subscriber's identity and allows roaming to proceed. Negotiating and administering these agreements can be time consuming, and there may be a limit on how many roaming agreements a carrier may choose to support. As a result, emerging or smaller carriers can have difficulty offering extensive roaming coverage.

It is also possible for a user to carry two (or more) identities on a SIM in their wireless device. For example, one may be provided by a home carrier and another may be provided by a roaming broker who has roaming agreements with international operators. Switching from one identity to the other may be either user triggered or automatically selected.

However, if a user arrives at a location at which their carrier does not provide service and has not negotiated a roaming agreement with a local network operator (regardless of how many subscriber identities may be stored on their wireless device), the user may not be able to utilize at least some of the wireless communication capabilities of their wireless device.

Furthermore, even if the user's home carrier has negotiated roaming agreements in a location, it may not be desirable (e.g., because of additional costs) to a user to automatically continue to use their current subscriber identity in that location. Accordingly, improvements in wireless communications would be desirable.

Apple's invention generally relates to the field of wireless communication, and more particularly to a system and method for performing location-based updating of subscriber identity information in an iDevice which utilizes an embedded subscriber identity module (eSIM).

Apple states that it might be desirable for an iDevice (or UE - user equipment) to detect its location, provide certain (e.g., location-specific) subscriber identity related options to a user, receive user input selecting an option (and possibly further user input specifying further details of the selected option), and implement the selected option. Such a process would enable the user to select their preferred subscriber identity choice based on their current location.

Future iDevices may include one or more antennas for performing wireless communication. In one example an iDevice may receive information from one or more cellular towers (cellular base stations), via a global navigational satellite system (GNSS) such as the global positioning system (GPS), and/or via a Wi-Fi (IEEE 802.11) connection. 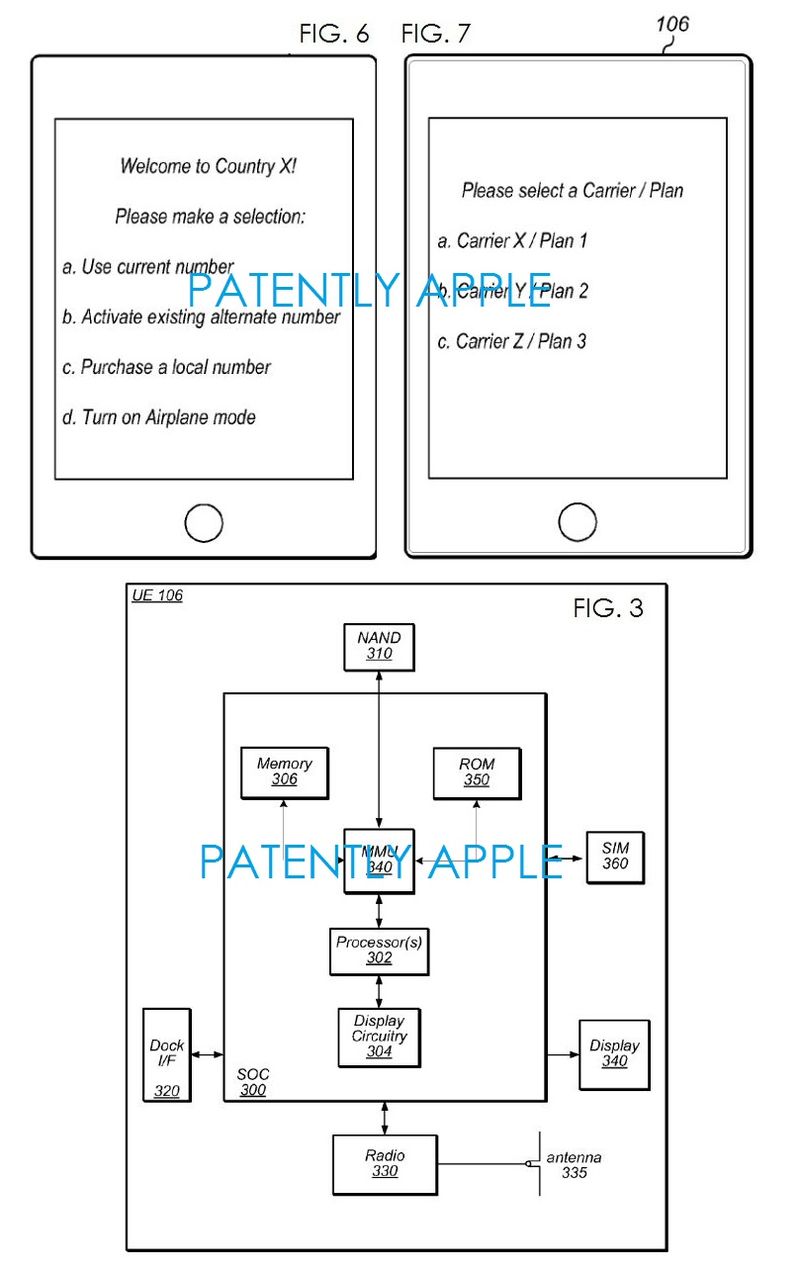 In case such an option is selected, the iDevice could store (or obtain, e.g., via specially permitted communication using a network of a local carrier) a list of carriers and/or service plans for the iDevice's current location (and possibly other locations). The iDevice may thus be able to provide a list (or other indication) of such carriers and/or plans to the user, in order to provide the user with options for local subscriber identities.

There's a lot of detail behind patent application 20140099916 which Apple credits Sr. iOS Cellular Performance Engineer Raghuveer Malikarjunan (who used to work at Qualcomm) and Wael Barakat as the inventors. To review this patent application, click here. Considering that this is a patent application, the timing of such a product to market is unknown at this time.