Apple Granted Patents for a Cellular Data Connected Smart Pen, the Next Generation of MagSafe with Fiber Optics & More

The US Patent and Trademark Office officially published a series of 56 newly granted patents for Apple Inc. today. In this particular report we cover Apple's possible Livescribe competing smart pen and the next generation of MagSafe with a fiber optic line incorporated. One of the questions that arise from the smart pen patent is whether Sir Jony Ive secretly works for UK's MI6.

Apple has been reissued a patent today that falls into the granted patent section of the US Patent Office. One of the notable changes that Apple has made to this patent is a very distinct title change to "Multi-Functional Cellular Telephone" from simply "Portable Computer."

This smart-pen, which is noted as using an ARM processor, is also likely to also incorporate recording capabilities and act as a pager, as the pen incorporates a tiny LCD. The patent notes that the device's rechargeable battery may also incorporate pyroelectricity and a custom-built solar cell.

Most notably the pen could double as either a cell phone or run on a data network. Specifically the patent states: "It will be noted that since the hand-held computer of the invention includes microphone, loudspeaker and function keys use of the device as a cellular telephone is also envisaged."

The original filing for this patent dates back to 1998 or nine years prior to Livescribe coming to market. 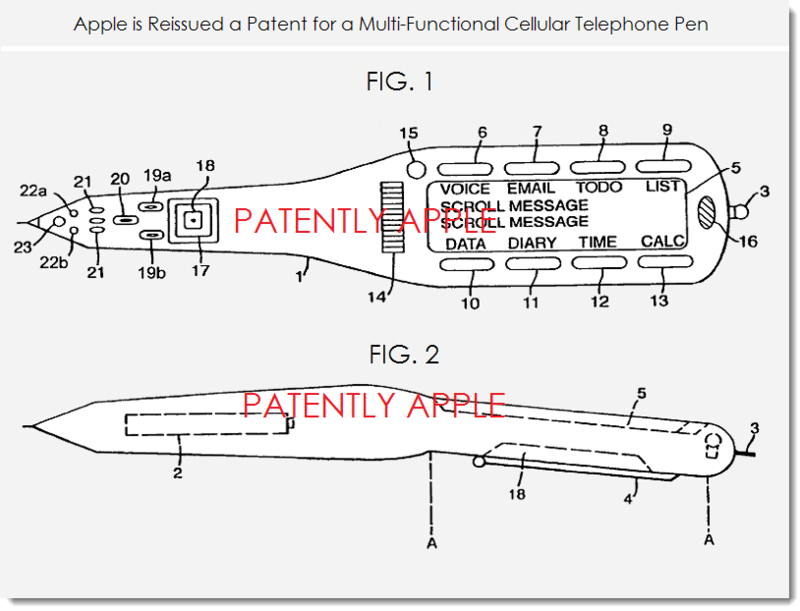 We covered Apple's original granted patent back in 2011. Apple was reissued this patent today by the US Patent Office under number RE44,855. You can review all of Apple's patent pending smart pen inventions in our special Archives

In October 2013 Apple mentioned SIM Cards for shoes. So between smart shoes and now a smart phone-pen, it looks as if Sir Jony Ive now works for MI6. But no, Tim Cook isn't the new James Bond.

According to the patent office, "When a patent is defective in certain respects, the law provides that the patentee may apply for a reissue patent. Following an examination in which the proposed changes correcting any defects in the original patent are evaluated, a reissue patent may be granted to replace the original for the balance of the unexpired term. For the record, the nature of changes that can be made by means of the reissue are rather limited; new matter cannot be added. Reissue patents are designated by a RE prefix before the patent number as today's patent noted above is.

Apple has been granted a patent today for their invention relating to a possible future version of their MagSafe connector with fiber optic line incorporated.

Further embodiments of the present invention provide connector systems for connecting fiber-optic and power cables to mobile computing or other types of devices. 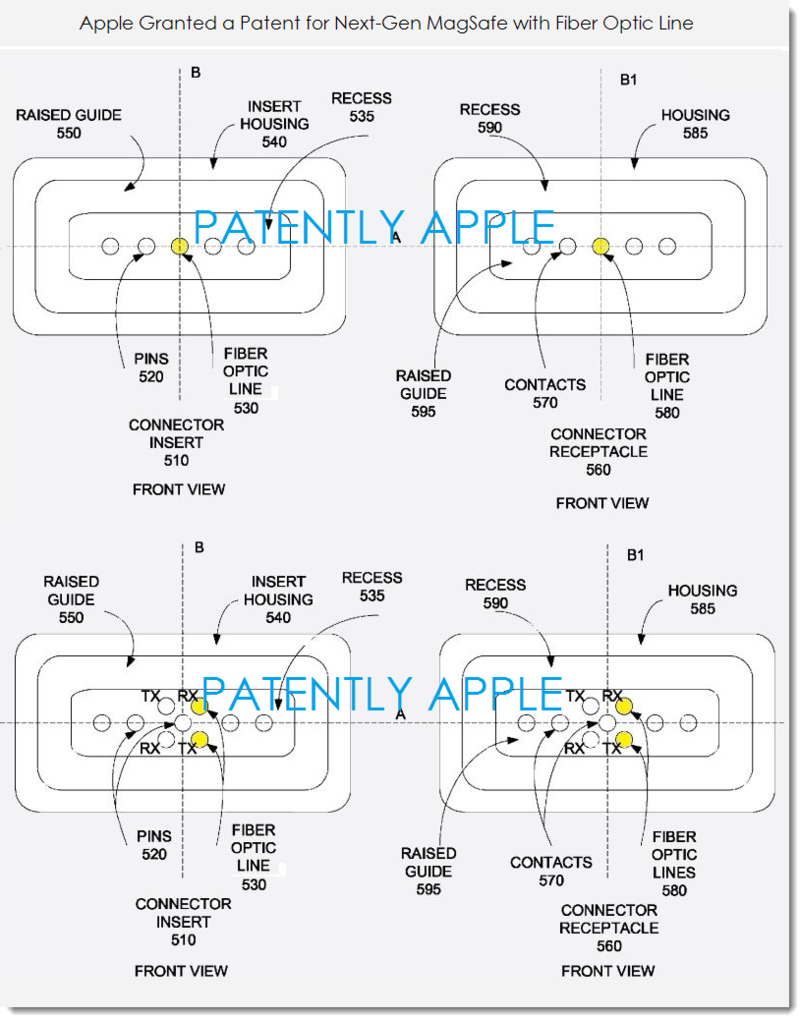 Patently Apple first covered Apple's patent application regarding this technology back in December 2010. Apple credits John DiFonzo, Chris Ligtenberg and, Michael Culbert as the inventors of granted patent 8,702,316 which was originally filed in Q4 2010 and published today by the US Patent and Trademark Office. 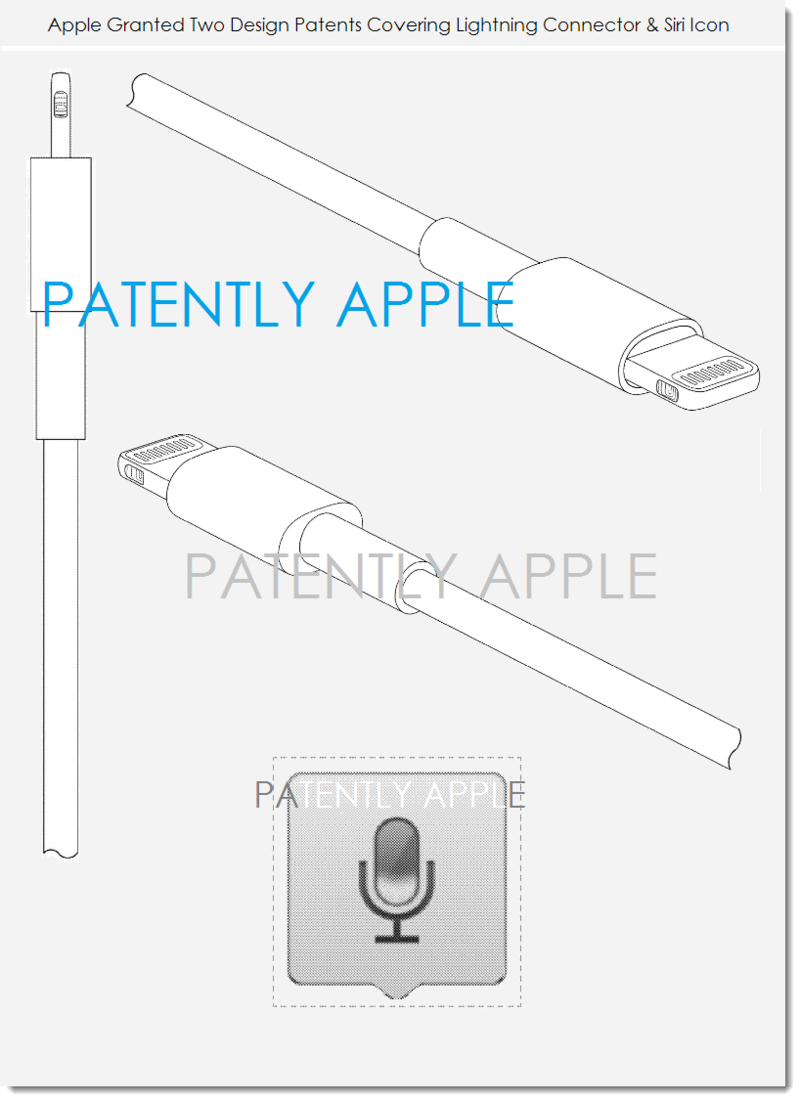