Home Archives Contact Us Subscribe Twitter MeWe Facebook Patently Mobile
Could Apple be Eying Smart Clothing as the Next Big Thing?
Apple Granted Patents for a Cellular Data Connected Smart Pen, the Next Generation of MagSafe with Fiber Optics & More

The US Patent and Trademark Office officially published a series of 56 newly granted patents for Apple Inc. today. In this particular report we cover a liquid-metal related patent that supports hollow structures. This supports a possible future flexible display based iPhone patent filing that was revealed last December.

Apple has been granted what could be a major patent today for their invention relating to liquid-metal or Bulk Metallic Glasses (BMG) that could be constructed in hollow structures. 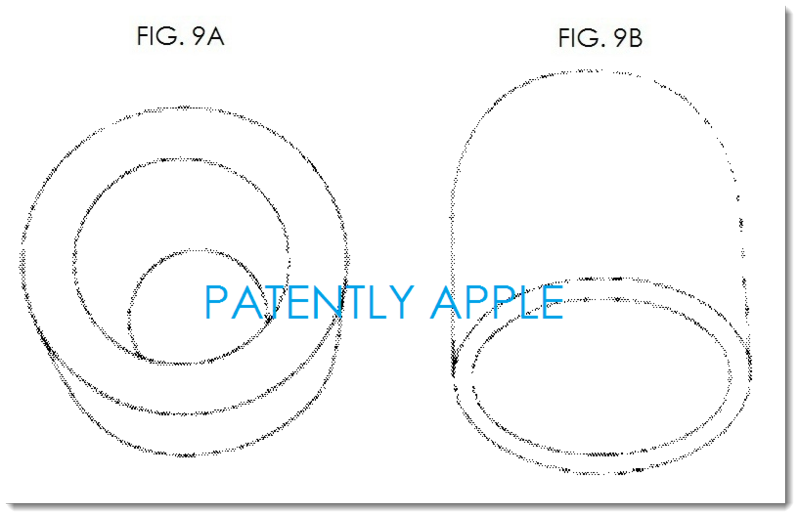 Towards the end of Apple's granted patent Apple points to liquid-metal of BMG (Bulk Metallic Glass ) as possibly being used in future products that they specifically list as being an Apple TV, TV monitor, iPad, iPod or iPhone and others.

Although all of Apple's BMG centric patents list the same possible future products as noted above, this time around the patent FIGS. 9A and 9B match up to Apple product patents that the US Patent Office published back in 2013. The closest to the hollow structures in this granted patent was covered in our December 2013 report with the images noted below. 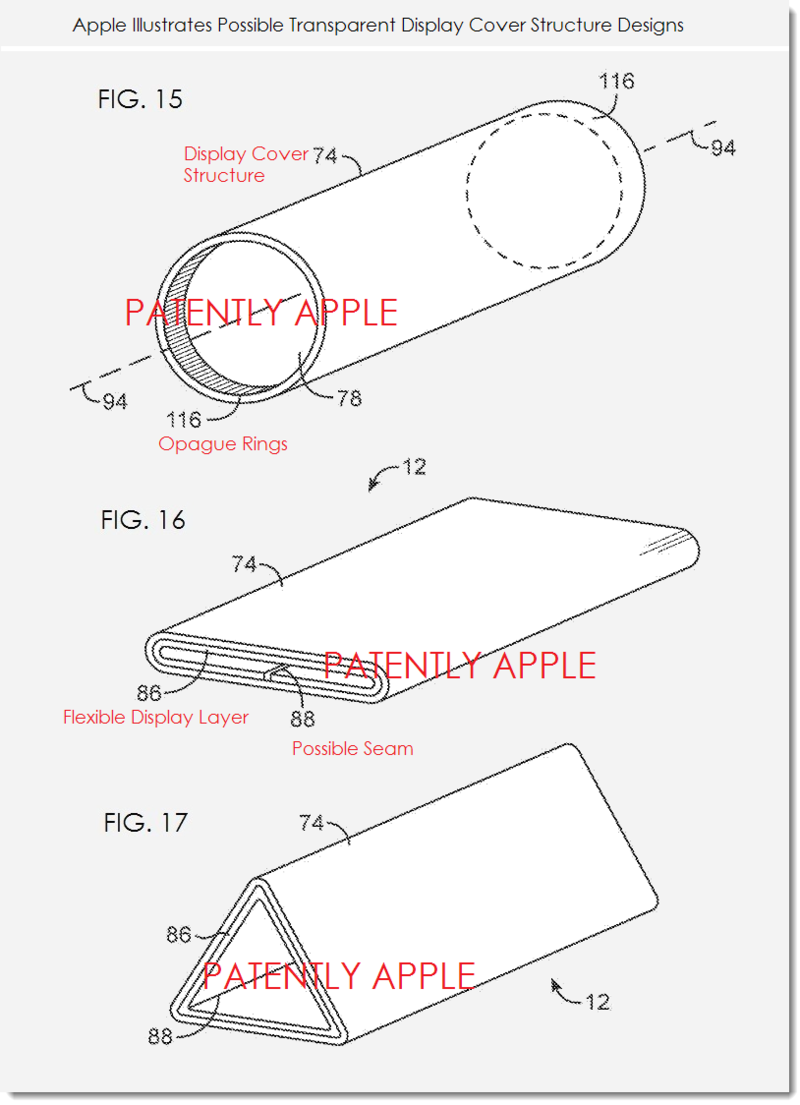 Apple granted patent notes that the Assignees include Apple and Crucible Intellectual Property that's the joint venture between Apple and Liquidmetal the company.