Home Archives Contact Us Subscribe Twitter Facebook Patently Mobile
Apple provides us with a Walkthrough of CarPlay in a Ferrari
Psst … Just in Case you didn't know: Apple is the Most Coveted Brand in Emerging Markets 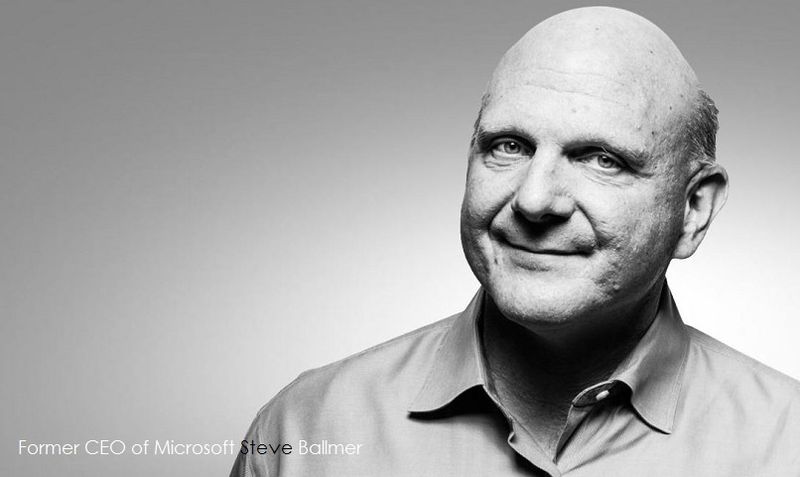 In April 2007, Microsoft CEO Steve Ballmer was interviewed by USA TODAY's David Lieberman at the sixth USA TODAY CEO Forum, in conjunction with the University of Washington Business School. Ballmer was asked what he thought of the coming iPhone from Apple. He conceitedly laughed it off. Today, he looks back wishing he could have pursued the mobile market earlier, as Microsoft missed the boat.

"People get passionate when Apple comes out with something new — the iPhone; of course, the iPod. Is that something that you'd want them to feel about Microsoft?

A: It's sort of a funny question. Would I trade 96% of the market for 4% of the market? (Laughter) I want to have products that appeal to everybody.

Now we'll get a chance to go through this again in phones and music players. There's no chance that the iPhone is going to get any significant market share. No chance. It's a $500 subsidized item.

Speaking at the Saïd Business School in Oxford, U.K., Steve Ballmer, who stepped down from Microsoft one month ago, admitted that he would re-do the last ten years if he could.

"We would have a stronger position in the phone market today if I could re-do the last 10 years," he said. The answer, he said, is to pick up and try to catch the next wave.

Mr. Ballmer said the proposed acquisition of Nokia Corp. was very important to that future for Microsoft."

In retrospect, laughing at the coming iPhone will go down in history as the beginning of the end for Ballmer's reign as CEO of Microsoft. Even when Apple launched the iPhone months later Microsoft didn't blink, convinced that Apple's boldest move to date would eventually be seen as folly.

Then Microsoft's Ballmer watched Steve Jobs introduce the iPad and still thought it would fail. Hell, they had tablets first and they knew it was a losing proposition. Yes, like a Deer caught in the headlights of a car: It just wasn't really happening.

In October 2011 we posted a report about Microsoft's coming Windows 8 with its rather radical hybrid OS approach with the "Metro Interface." It was radical because they were going to force it down the throats of everyday desktop users at home and in the enterprise whether they liked it or not. They were the mighty Microsoft and they were going to lead the way like Moses through the Red Sea.

How did that turn out for them? Well, putting it mildly, It's been a disaster. Microsoft is going to change Windows back to being a desktop user interface first and foremost with the option of going to the new Metro interface if the user decides to. Ballmer fought doing that until their sales started crumbling and PC sales began to crash around the world as traditional desktop and notebook users refused to upgrade. Companies like HP are now telling potential PC buyers that they could have the option of choosing Windows 7 at no charge. As PCWorld put it in January: "Ouch: HP brings back Windows 7 'back by popular demand.'"

Microsoft's new CEO Satya Nadella made waves on Monday by announcing that Tami Reller was leaving the company. At that level, no one says that you're fired publically. But for Nadella, it's house cleaning time. Reller was in charge of Windows 8 after Steven Sinofsky stepped down. Yes, those in charge of that Windows 8 disaster are out. Well, at least some of them are.

For die-hard Mac fans, seeing Windows 8 failing miserably and Steve Ballmer lamenting over his lack of vision for not seeing Apple's Next Wave of the Internet meaning anything – is music to their ears. The one-time burly ranting big bad wolf of yesteryear, is now on the sidelines reduced to wondering about his grand illusive "what if" scenarios.

In the end, Steve Ballmer laughs no more at Apple's iPhone revolution – because it became a living nightmare that he was never able to wake up from. His recent comments that were captured by the Wall Street Journal, prove that out.