The US Patent and Trademark Office officially published a series of 36 newly granted patents for Apple Inc. today. In this particular report we mainly cover patents pertaining to Apple's web widgets and the iTunes Store user interface. We wrap up our report with our traditional listing of the remaining granted patents that were issued to Apple today.

Apple has been granted a patent today for their invention relating to a media authoring tool includes web widgets for creating page elements for various types of media (e.g., websites, blogs, broadcasts, slide shows, multimedia presentations). A widget inspector associated with the widget can be used to modify the behavior of the widget.

In 1996 Steve Jobs was interviewed by Wired Magazine about "The Insanely Great Next Thing." I remember reading this edition of Wired and knowing that this could be a dramatic development in the computer industry going forward. The second computer company that Steve Jobs created was NeXT and they had created an advanced operating system that IBM and Apple wanted to copy.

In the book the PowerPC Revolution, they described a new OS called Taligent and a webOS called TalOS based on web objects. When Steve Jobs returned to Apple, the Mac OS was re-engineered using the foundation of the Next OS called OpenStep. The Web Objects Steve talked about in his Wired magazine interview became the foundation for Apple's "App" revolution for the iPhone.

Apple's patent FIG. 7 noted below is a screen shot of example software stack for implementing the features and processes described in Apple's patent. 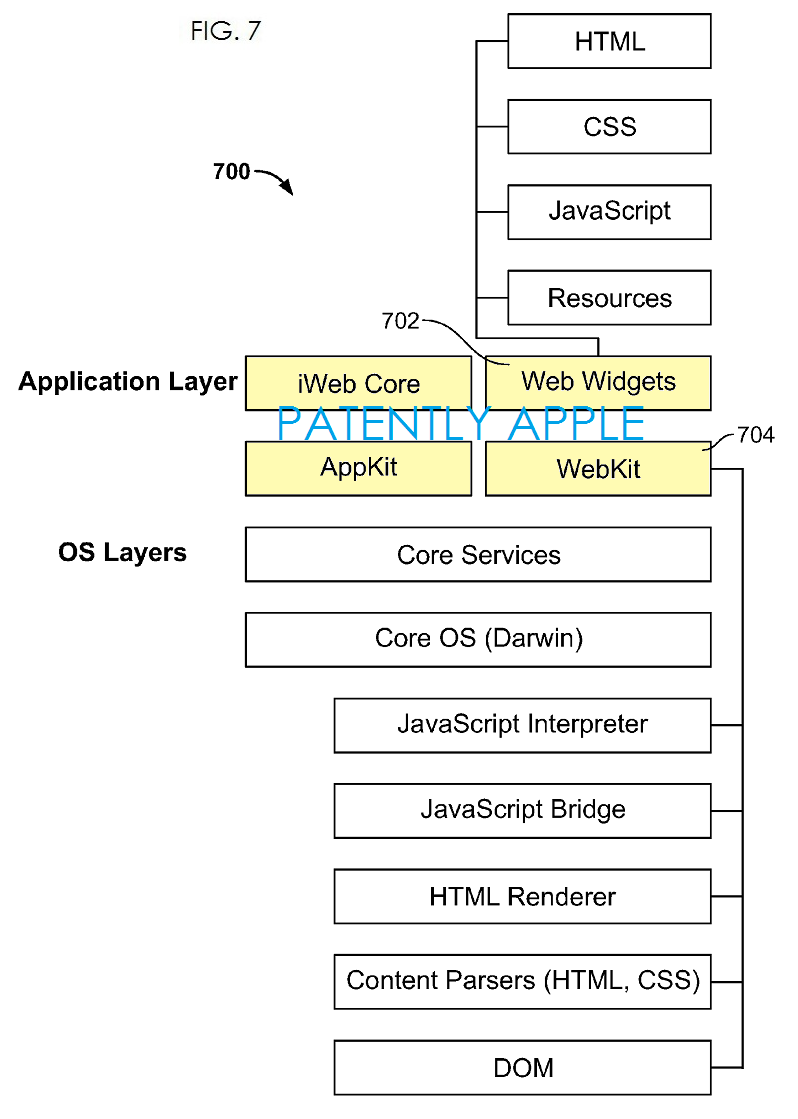 Apple notes that "In some implementations, the web widget code in the application layer uses WebKit services. WebKit is an application framework included with Mac OS X which is the basis of Mac OS X's Safari web browser. The framework allows third party developers to easily include Safari functionality in custom applications. WebKit includes an Objective-C Application Programming Interface (API) that provides the capability to interact with a web server, retrieve and render web pages, download files, and manage plug-ins. The WebKit can use services provided by Core Services, which provide basic low level services. The Core Services can request services directly from the Core OS (e.g., Darwin/Unix)."

Wikipedia notes that "As of September 2013 WebKit browser market share was larger than that of both the Trident engine used by Internet Explorer, and the Gecko engine used by Firefox." Originally, Objective-C was used to create NeXT's NextStep and OpenStep operating systems.

Apple credits Chris Rudolph, Mac Murrett and Kurt Revis as the inventors of granted patent 8,667,415 which was originally filed in Q3 2007 and published today by the US Patent and Trademark Office.

Apple has been granted a patent today for their invention relating to the iTunes Store interface with location-specific interface elements. Apple acknowledged that there was a need for improving the approach in finding media items and the assistance in the purchase or review of media items at the iTunes Store.

Apple's patent FIG. 10 noted below is their screenshot of an exemplary media store home page. 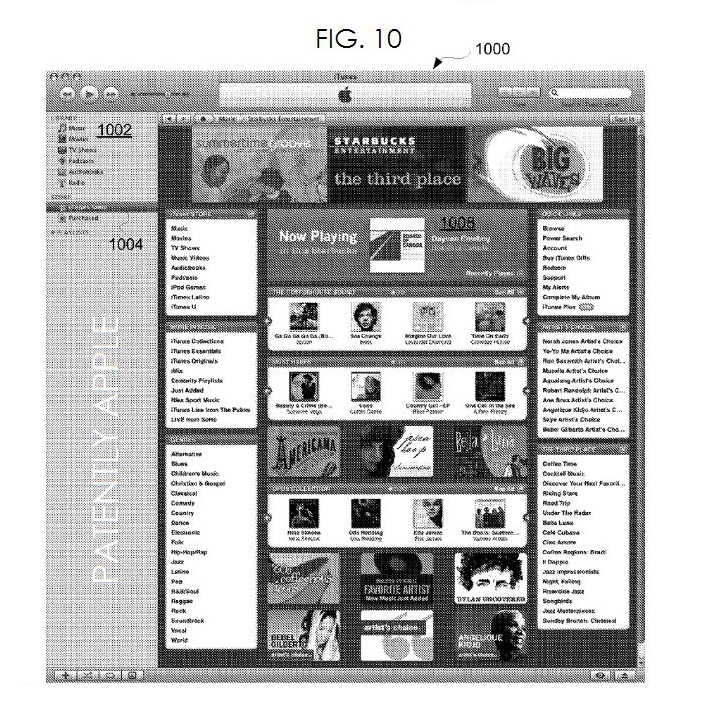 Today Apple was also granted a pair of new patents for their iPad Smart Cover and one for their defunct Mighty Mouse. 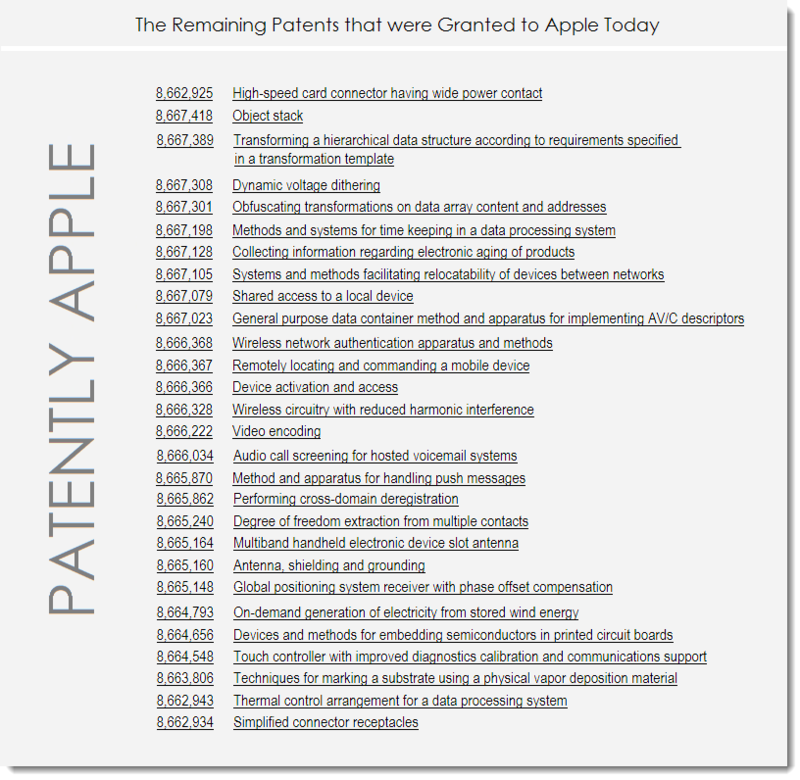