According to a list released today of the world's 500 most valued brand by Brand Finance Global 500, Apple is number one again for the third year in a row. Others on the list include Samsung, Google, Microsoft, Verizon, GE, AT&T, Amazon, Walmart and IBM.

While Apple has been ranked as most valued brand, the annual study conducted by brand valuation consultancy Brand Finance said that it is Ferrari which is the "world's most powerful brand." The legendary Italian carmaker scores highly on a wide variety of measures on Brand Finance's Brand Strength Index, from desirability, loyalty and consumer sentiment to visual identity, online presence and employee satisfaction.

Brand Finance Chief Executive David Haigh stated in their report that "Apple also has a powerful brand, rated AAA by Brand Finance. However, what sets it apart is its ability to monetise that brand. For example, though tablets were in use before the iPad, it was the application of the Apple brand to the concept that captured the public imagination and allowed it to take off as a commercial reality." This is just one of the factors responsible for its $105 billion brand value; Apple is the world's most valuable brand for the third year in a row. 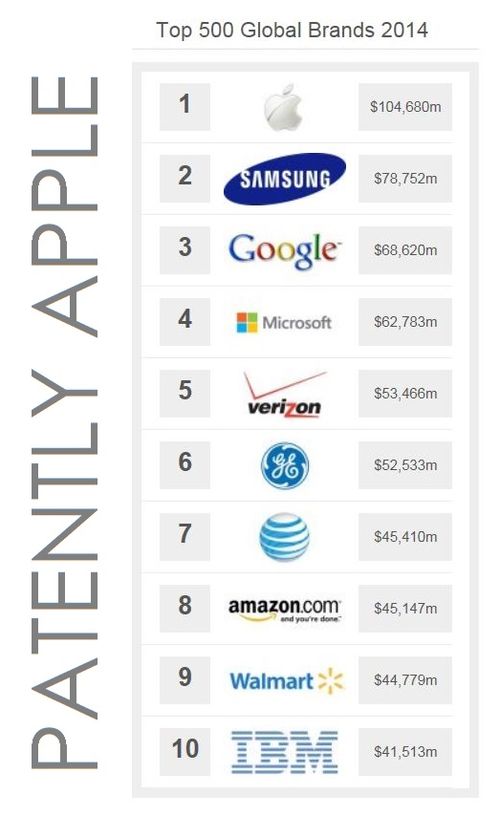