On January 16, 2014, the US Patent & Trademark Office published a patent application from Apple that reveals a new sensor system that covers a fingerprint module and beyond. Apple's invention hints that the new sensor system could be applied to a great number of devices including an iMac, TV, MacBook and/or peripheral. Specifically the invention notes the possibility of using a touch screen to replace a MacBook touchpad and/or adding a touchscreen to a future keyboard.

When sensor elements are read in the presence of noise, the noise can degrade the performance of the sensor. When sensing elements are read sequentially, the noise degrades the performance of the sensor by introducing inconsistent signal amplitude variations into the data values that are read from the sensing elements. For touch screen sensors, capacitive finger-print sensors, or other sensor devices that read sensor elements in blocks, these signal amplitude variations can be significant from block-to-block. When these sensors also read sensor elements in rows, these signal amplitude variations can be significant from row-to-row in the event that the touch screen contains a number of rows of sensing element blocks. For these and other reasons, there is a need to reduce the effect of noise in sensors devices.

Apple's invention generally relates to a sensor system and method that adjusts sensor data to account for the presence of noise. The sensor system may include a sensor apparatus that is a component of a touch screen sensor, capacitive fingerprint sensor, or other similar type of sensing device. Apple's invention may be configured to operate with a variety of sensors, including strip or swipe sensors, array or other two-dimensional sensors, and the like. 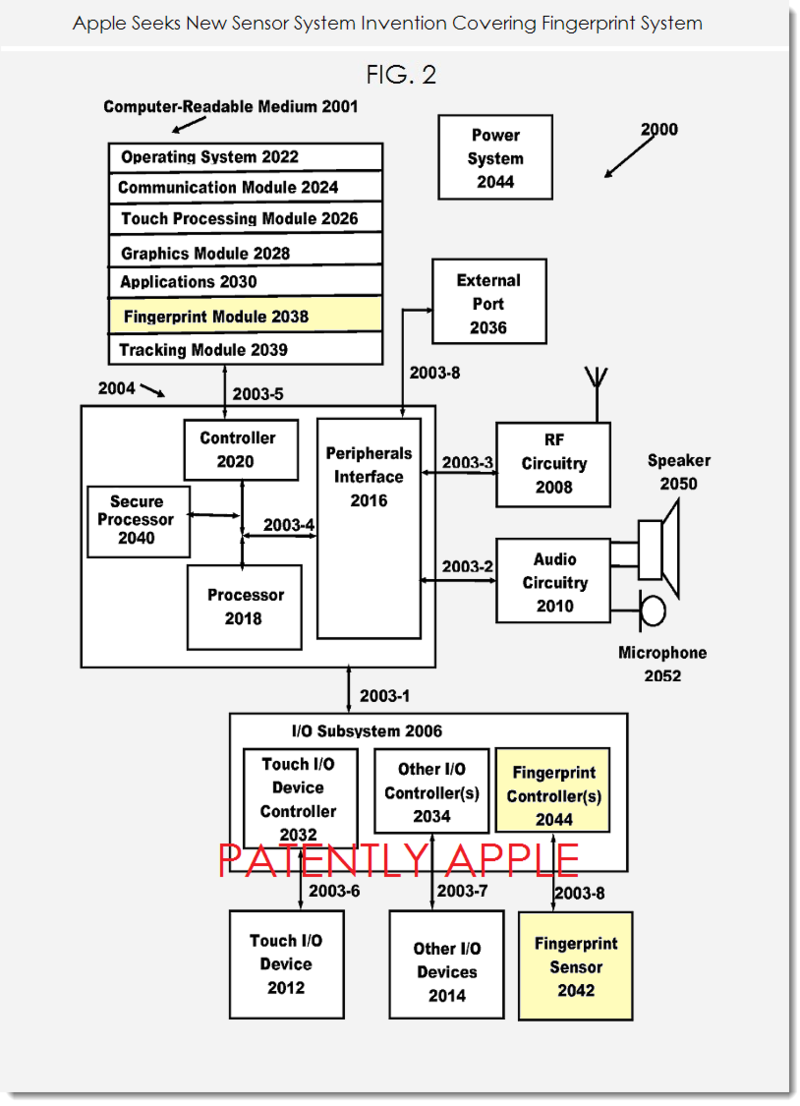 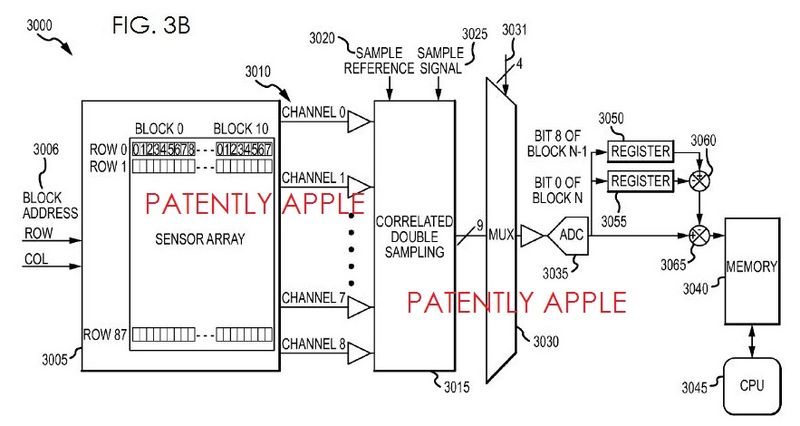 Apple's patent FIG. 3B is a diagram of a sensor apparatus where a block-to-block adjustment is applied in digital hardware.

Apple's patent 16A noted below is flow chart that illustrates an exemplary method for constructing a corrected touch image from a noisy touch image based on image data and common mode data. 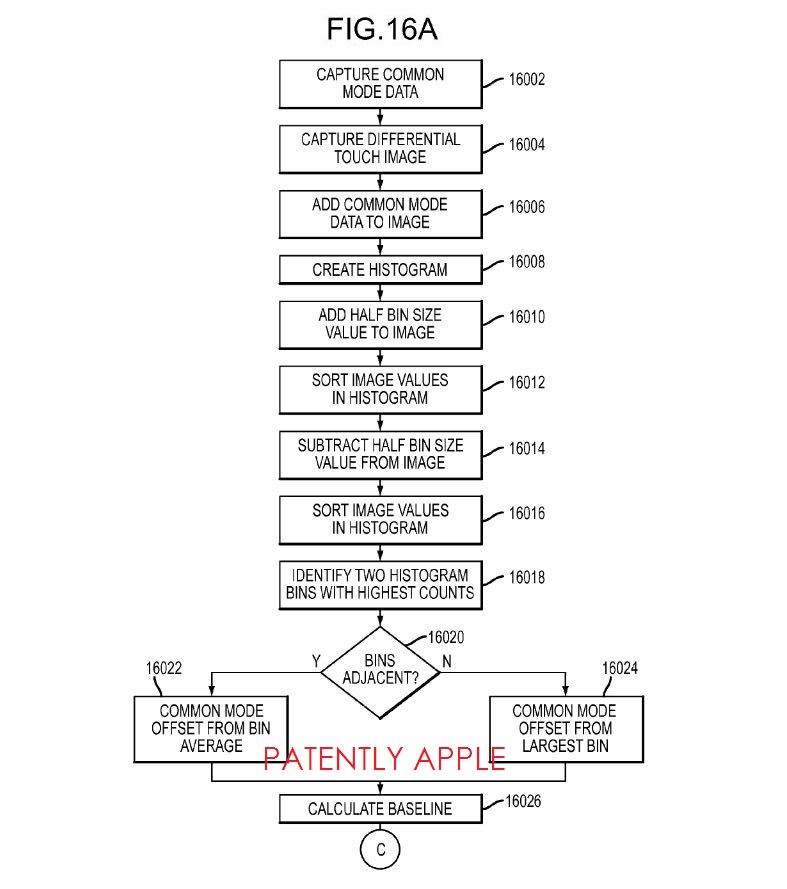 Future Hardware that may adopt the new Sensor System

Apple notes that the new sensor system architecture could be embodied within any portable or non-portable device including but not limited to a communication device (e.g. mobile phone, smartphone), a multi-media device (e.g., MP3 player, TV, radio), a portable or handheld computer (e.g., tablet, netbook, laptop), a desktop computer, an All-In-One desktop, a peripheral device, or any other system or device adaptable to the inclusion of the system architecture including combinations of two or more of these types of devices.

The touch I/O device may include a touch sensitive panel which is wholly or partially transparent, semitransparent, non-transparent, opaque or any combination thereof.

Software, hardware, firmware or any combination thereof may be used to process the measurements of the detected touches to identify and track one or more gestures. A gesture may correspond to stationary or non-stationary, single or multiple, touches or near touches on the touch I/O device.

A gesture may be performed by moving one or more fingers or other objects in a particular manner on the touch I/O device such as tapping, pressing, rocking, scrubbing, twisting, changing orientation, pressing with varying pressure and the like at essentially the same time, contiguously, or consecutively. A gesture may be characterized by, but is not limited to a pinching, sliding, swiping, rotating, flexing, dragging, or tapping motion between or with any other finger or fingers. A single gesture may be performed with one or more hands, by one or more users, or any combination thereof.

Apple credits Steven Hotelling and Jean-Marie Bussat as the inventors of patent application 20140015774 which was originally in Q1 2013. This is a highly technical patent filing. For those wishing to explore this invention in depth can do so by clicking here.