Apple and Samsung go to war on Another Front: Education

In case you didn't know, there's a new war front between Apple and Samsung for digital textbooks in the educational market kicking into higher gear. Apple has had the lead with a comprehensive program with iBooks Textbooks and the iTunes U Course Manager and they're expanding it today into markets across Asia, Latin America and Europe. The timing of this announcement is interesting as it comes one day after Samsung announced that they would be showcasing new authoring tools at an educational fair in Korea with which teachers could personally create digital educational contents together with digital Korean and social studies teaching manuals for middle school teachers. Samsung will be launching the service through their "Learning Hub" during the first half of the year. Google and Samsung are planning to catch up with Apple in this market and are thinking of new ways to get ahead of Apple. Yes, a new war is brewing and it's going to get very interesting over the next few years.

Today, Apple announced that iBooks Textbooks and iTunes U Course Manager are expanding into new markets across Asia, Latin America, Europe and elsewhere around the world. iBooks Textbooks bring Multi-Touch textbooks with dynamic, current and interactive content to teachers and students in 51 countries now including Brazil, Italy and Japan; and iTunes U Course Manager, available in 70 countries now including Russia, Thailand and Malaysia, allows educators to create and distribute courses for their own classrooms, or share them publicly, on the iTunes U app.

"The incredible content and tools available for iPad provide teachers with new ways to customize learning unlike ever before," said Eddy Cue, Apple's senior vice president of Internet Software and Services. "We can't wait to see how teachers in even more countries will create their new lesson plans with interactive textbooks, apps and rich digital content."

"We believe resources like iBooks Textbooks represent a monumental shift in learning because they engage multiple capacities of each individual student," said Miguel Dominguez, Marketing Director of Imaxina Novas Tecnoloxias in Spain, an independent educational content developer and publisher of iBooks Textbooks, including "The Senses," which incorporates interactive elements such as video and animated images of the human eye and ear to illustrate how the body works.

With iTunes U Course Manager educators can quickly and easily share their knowledge and resources directly with their class or to a global audience on iTunes U. This free iOS app gives millions of learners access to the world's largest online catalog of free educational content from top schools, leading universities and prominent institutions. iTunes U Course manager also gives teachers the ability to integrate their own documents as part of course curriculum, as well as content from the Internet, hundreds of thousands of books on the iBooks Store, over 750,000 materials from existing iTunes U collections, or any of the more than one million iOS apps available on the revolutionary App Store.

"iPad is so much more than just a textbook or just a notepad for students—it's a powerful educational tool, a study partner, a window into the past and a glimpse of the future," said Sophie Post, fourth grade history teacher at UK's Falkner House school. "Teaching history was once a static timeline of events. In leveraging the entire educational ecosystem of iPad, creating my own iBooks Textbooks and iTunes U courses, and pulling in apps like History: Maps of the World, studying history has suddenly become a creative, dynamic and truly transformative experience for my pupils."

Google-Samsung on the Education Market Front 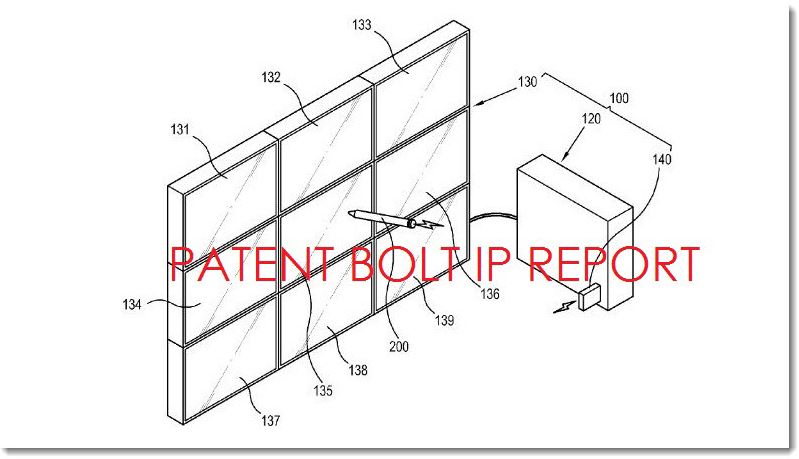 We were one of the first to report on the rumor that Apple was possibly working on a larger iPad way back in May 2013 that could theoretically be a part of a future hybrid notebook-tablet device. This type of product would provide Apple with a more engaging device for students and one to better compete with Samsung's latest TabPro.

Yesterday, a Korean report on Samsung's new offering for the educational market noted that teachers' manuals and authoring tools introduced by Samsung Electronics are based on EPUB 3.0, with which video and animation effects can be implemented. The EPUB 2.0-based e-Book consists only with texts as well as 2D figures and pictures. However, EPUB 3.0-based e-Book provides three-dimensional effects where animations and videos react to readers' touch. Teachers can plan their class activities and contents by referring to the interactive teachers' manuals containing videos and animations.

Starting out the business with e-Learning contents for teachers, Samsung Electronics is forecast to gradually expand the scope of its digital textbook business to include contents for students.

Samsung Electronics' strengthening of its digital textbook business is in line with the company's strategy to expand tablet sales. Samsung Electronics upwardly adjusted its tablet sales goal for this year to around 100 million and is planning to sell the products in B2B market for educational and corporate customers.

An e-Learning company insider said, "Samsung Electronics is starting the business with teachers' manuals. However, we understand that it has a plan to enter digital textbook market full scale."

"The trend of education these days is learning through participation. So, as teachers personally create contents for their students, Learning Hub will perform as a channel through which the contents distribution is activated," said National IT Industry Promotion Agency (NIPA) e-Learning Team Director Song Gi-ho.

In context, Apple's press release on advancing their educational programs may have been published earlier than originally planned so as to counter Samsung's announced program yesterday. On the flipside, Samsung may have gotten wind of Apple's coming press release and pushed their news out earlier so as to get ahead of Apple's announcements.

However it really played out, it's clear that Apple and the Google camp headed by Samsung are determined to go to war with Apple on yet another front that Apple currently leads in with educators, publishers and students. Apple currently has some of the classiest tools available on the market today and it's in this area of software where Apple will continue to lead in.

All we need now is to see Apple introduce a sexy hybrid device to assist them in this new war later this year. Will this product come to be in 2014? Only time will tell.