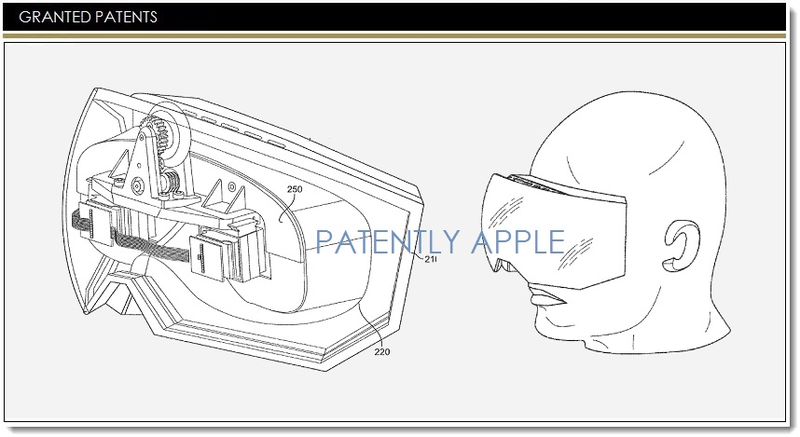 Apple has been granted a patent today for their invention relating to a head mounted display that's a shocker. Apple obviously filed this under the names of their engineering team originally as this didn't surface as a patent application under Apple. Therefore we'll cover this fantastic patent in full detail as if it were a patent application report.

For users who wish to view media provided by an electronic device when they're traveling, integrated displays may be limiting. Such users may instead desire a personal display system with which the user may appear to view media on a large display (e.g., on a home television) while in fact using a portable display system. Such users may also desire a personal display that is visible only to the user (e.g., for viewing private or sensitive content).

Apple's invention is about a system relating to a personal display for viewing media provided by an electronic device.

A personal goggle system for presenting a personal display of media is provided. The goggle system may include an outer cover, a frame and a display generation component. To enhance the appearance and aesthetic appeal of the goggle system, the outer cover and frame may be designed to resemble ski or motorcycle goggles (e.g., covering only the user's eyes, with a foam layer against the user's face).

In some embodiments, the outer layer may include one or more surfaces covering the frame. The surfaces may be curved or flat, and may include one or more features for customizing or enhancing the appearance of the outer cover. For example, the outer layer may include a curved surface on which a graphic or design may be painted, fixed (e.g., a sticker), carved, sculpted, molded, or embedded using any other suitable process. To further customize or personalize the goggle system, the outer cover may be removable and replaceable (e.g., for a user to change the appearance of the goggle system at different times).

The goggle frame may be constructed from one or several components. For example, the goggle frame may include at least one of a mid-frame or spacer, an inner cover, and a mounting frame. The frame may include one or more features operative to receive the outer cover (e.g., a surface against which the outer cover is glued, or a catch mechanism for engaging the outer cover). The mid-frame may form the structural component to which the remaining components of the goggle system are coupled. For example, the inner cover, which may support the mounting frame (which in turn may support the display generation component) may be coupled to the mid-frame. The mid-frame and outer cover may be constructed from any suitable material, including for example from a flexible material operative to bend or flex to match the shape of a user's face.

The goggle system may include a foam layer adjacent the frame that rests against the user's face. The foam may serve to prevent ambient light from entering the goggle system and affecting the images displayed on the lens. The foam layer may be formed from any suitable compressible material, including for example different types of foam or flock. In some embodiments, the foam may be more compressible in regions where a user's eyeglasses contact the frame to enhance the comfort of the goggle system.

Apple states that "a darkened inner surface may enhance a user's experience by giving the user the impression of being in a theater or other optimal environment for viewing media." 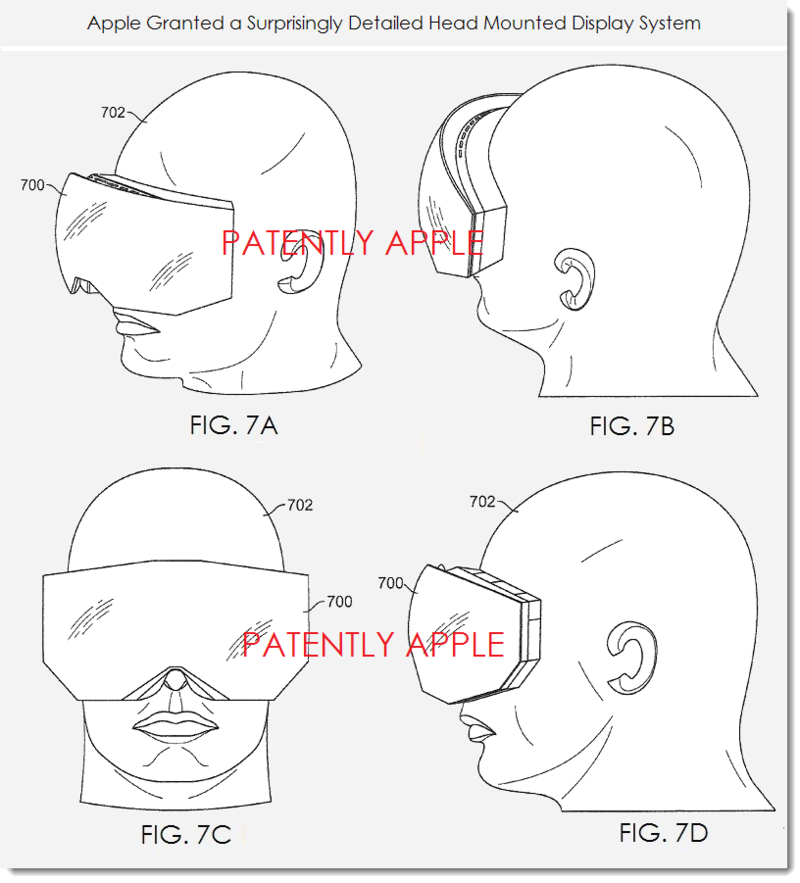 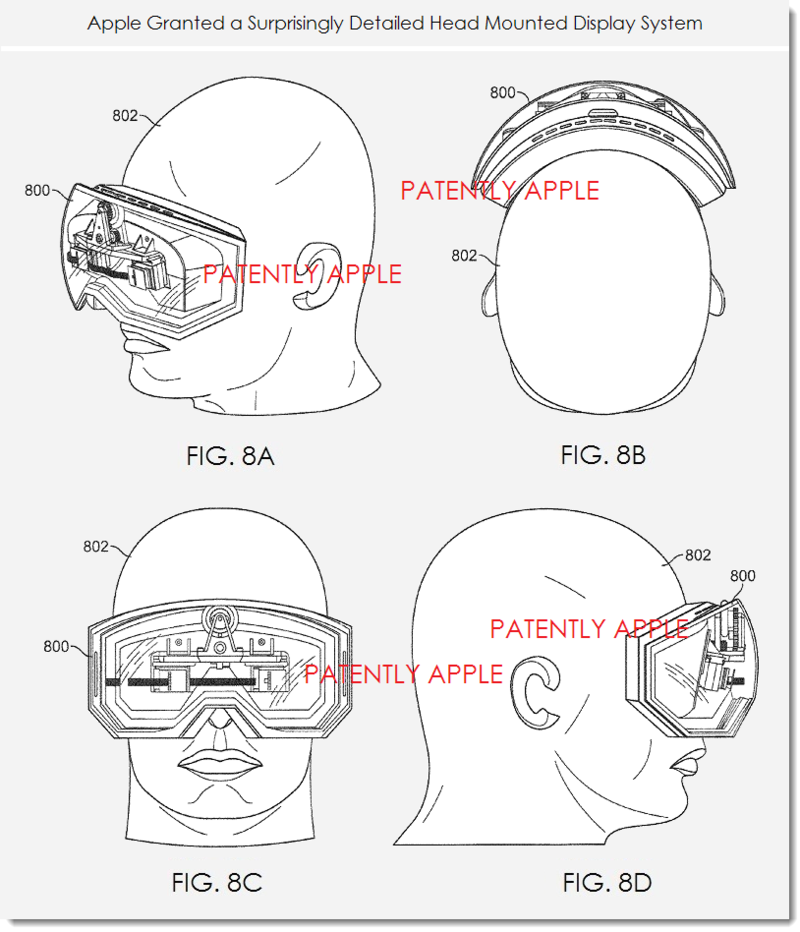 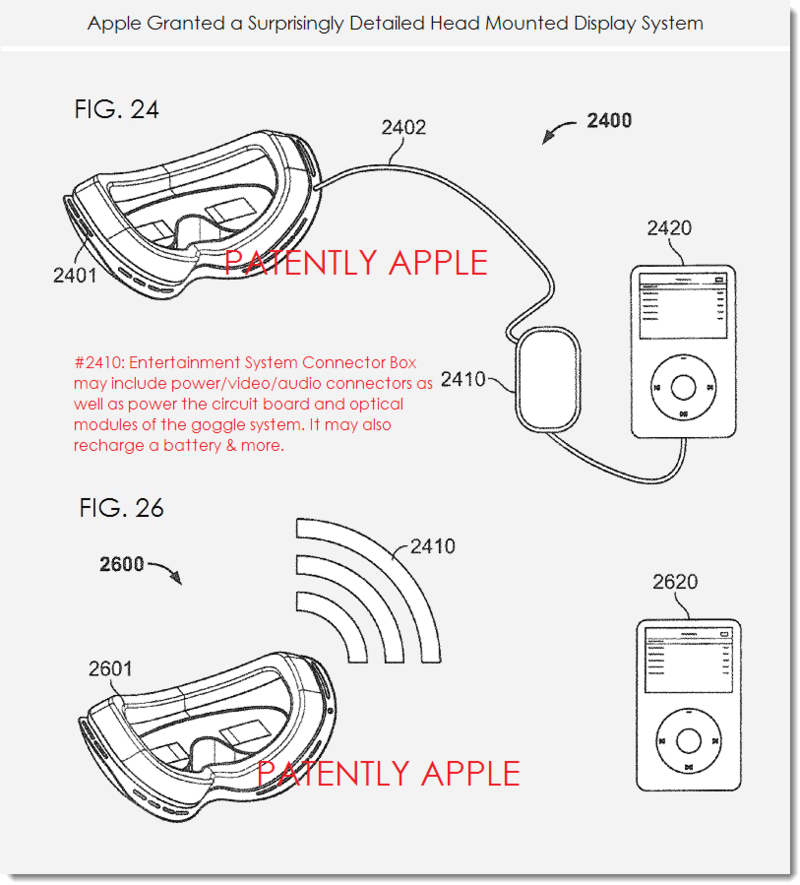 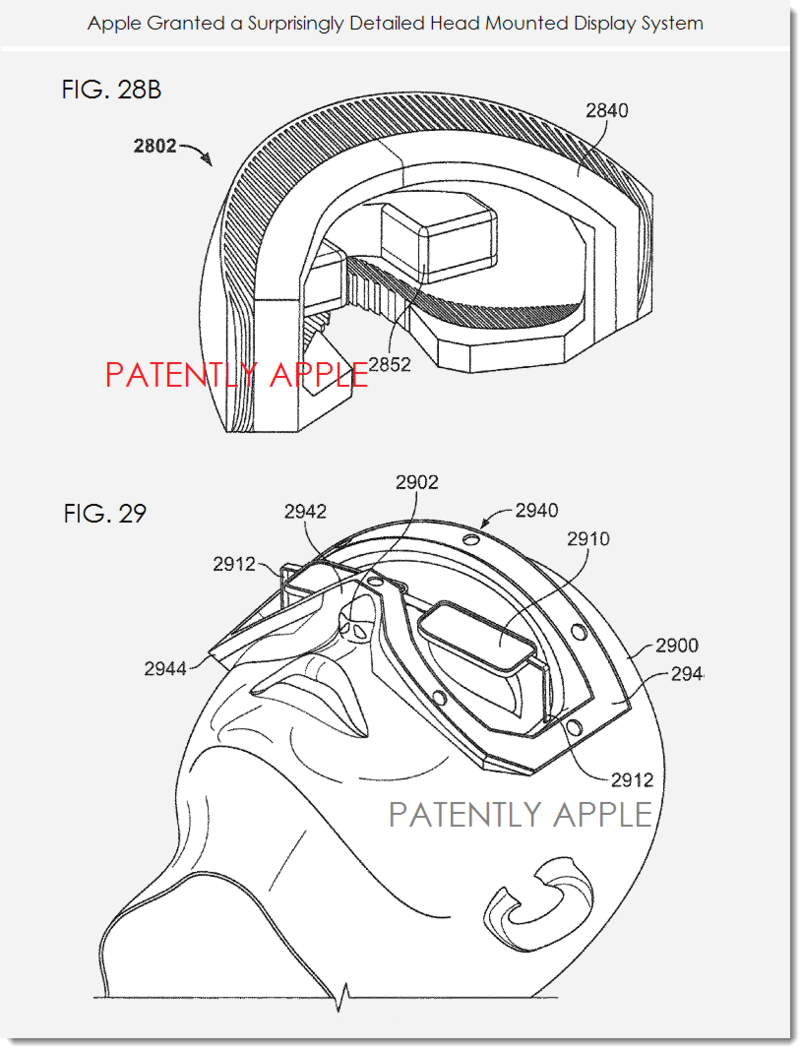 Adjusts to a User's Eyes

Interestingly Apple states that "if a user is myopic in one eye, the optical module associated with that eye may modify the image displayed to correct the user's myopia. The goggle system may determine the correction required for each eye, if any, using any suitable approach. For example, the user may enter a glasses or contact lens prescription that indicates the required correction. As another example, each optical module may automatically analyze the user's eyes, and determine the adjustment needed based on the analysis. This may allow users who normally wear glasses to use the goggle system without their glasses, which may lead to discomfort.

Apple describes the goggle system being able to identify a user in response to a user input (e.g., the user logs in, or selects a particular profile from a menu), or the goggle system may automatically identify the user (e.g., using a retina or fingerprint scan, or voiceprint analysis).

Apple credits Christopher Prest, John Tang and Evans Hankey as the inventors of granted patent 8,605,008 which was originally filed in Q2 2008 and only published today by the US Patent and Trademark Office.

Apple was granted three design patents today covering Apple Keyboard (wired), the body of the new iPod nano and a connector. The keyboard design patent under number D695,291 lists the late CEO Steve Jobs as one of the inventors. 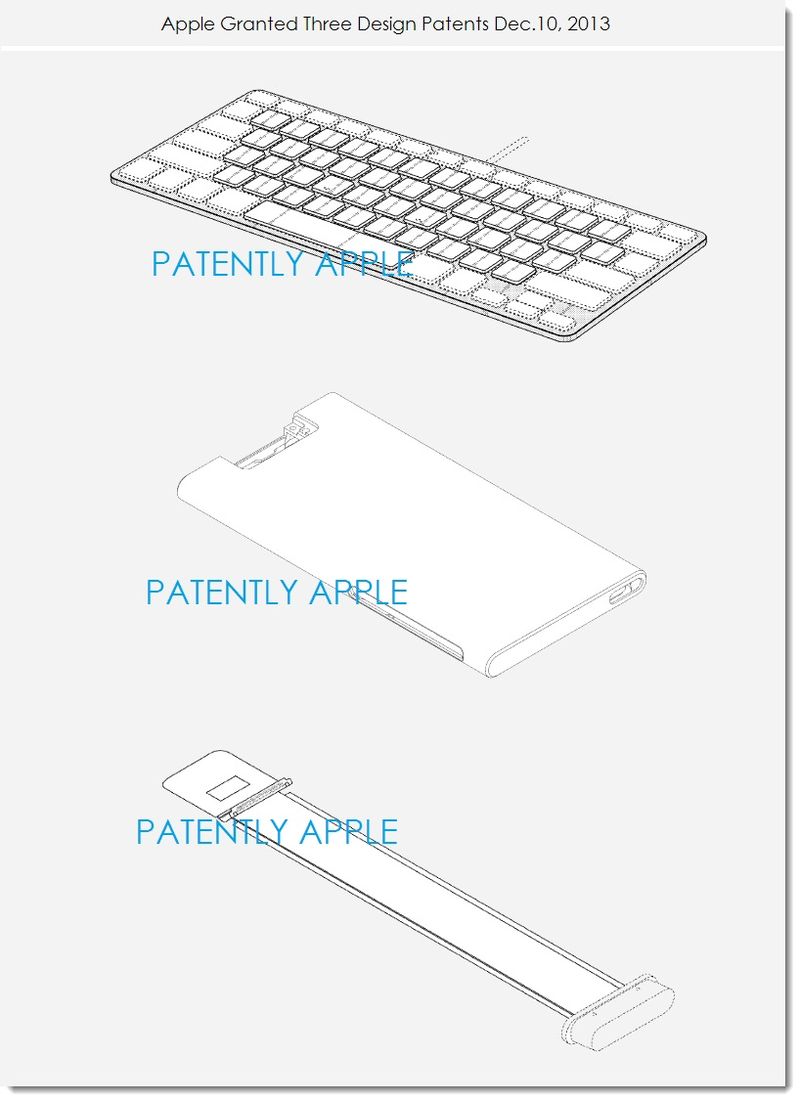