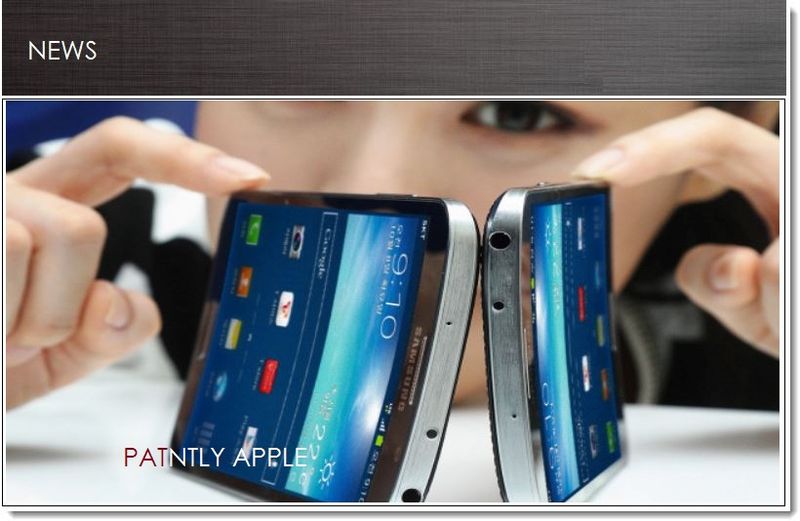 It's being reported today by the Korean Press that Samsung will officially launch the world's first curved display smartphone called the "Galaxy Round" Tomorrow. Our Patent Bolt blog first uncovered Samsung's design patent back in May of this year.


The new phone will debut on SK Telecom's LTE-Advanced network. Samsung has stated that while the display was not flexible, it has taken on distinct features of flexible displays to create a curved panel that is more user-friendly. 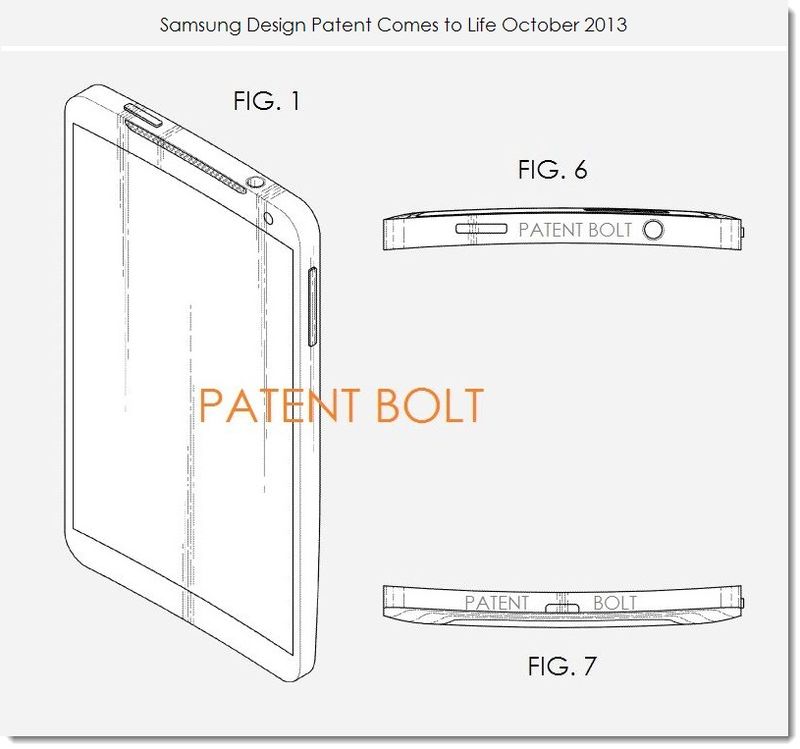 The 5.7-inch Super AMOLED display curves inwards from the sides, with the radius of the curve measuring 40 centimeters.

Samsung's spokesman Ko Ho-jin stated that "The main idea is the grip, which is very comfortable because of the curved shape that helps the phone fit right into the palm."

The new model is about 10 percent lighter than the Galaxy Note 3, thanks to more use of plastic, and is thinner by 0.4 millimetres. The batteries for the Round, however, are not curved. LG Electronics is reportedly planning its version of a curved phone to be released as early as the end of this month using a curved battery.

SK Telecom once again confirmed the strong alliance they have been enjoying for years since Samsung first launched its Galaxy smartphone lineup to compete against Apple's iPhones launched in partnership with KT Corp.

With the curvature of the display being ever so slight, the only benefit is to Samsung in trying to play up the fact that they're the first to manufacture a curved display smartphone. In reality, it doesn't provide the user any real benefit. The HTC has a curved back for comfort without the need of a slightly curved display. It appears to be another superficial win for Samsung that's highly unlikely to bolster sales due to the new design.

With that said, eyes will be on Samsung's follow-up designs in 2014 to see if the designs could get a little bolder with added benefits for smartphones and tablets.

The US Patent Office publilshed one of Apple's concept patents back in March which revealed a bolder curved display design which was later "Photoshopped" as shown below.

Yet to be fair, Apple's concept patents take years to materialize which will give Samsung a wider lead in this area of design for years to come.  Unless of course there's a surprise in the wings. Time will tell. 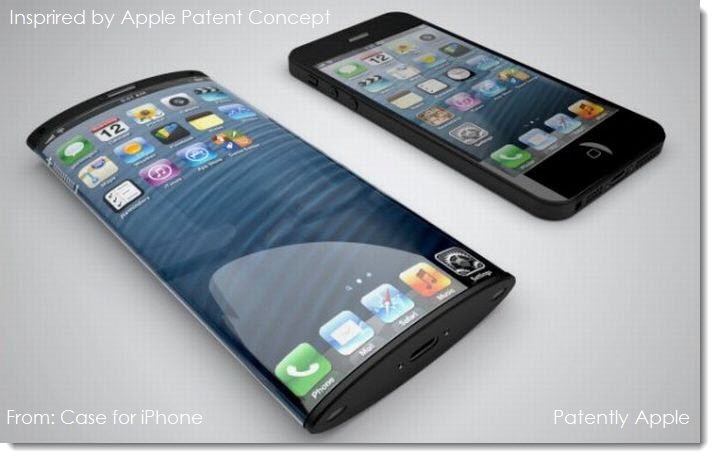 Samsung's "Roll Effect" Feature for the Galaxy Round

If that were the case, Apple wouldn't have limited the 4" screen size by saying it's "optimal for one-handed use." Their advertisements even showed a thumb going from one corner to the other, demonstrating the optimal size of the 4" iPhone 5 screen.

To refresh your memory, here's the link to the iPhone 5 announcement. Start watching at 16:26, where it starts with a picture of a thumb as Phil Schiller leads into explaining why the chose the 4" screen size...

The majority of iPhone owners I see, who are obviously NOT geeks, use it one-handed a large portion of the time.

The majority of people I see using two hands to use a smartphone are those who own these monsters with giant screens.

even samsung fanboys are calling gimmick on this one on CNET. Seriously this is about what was going on in the heads of those samsung executives

"OMG LG is going to do it! Quick, let's curve the Note 3 and call it our latest new shit. Let's also reduce the battery and scrap our useless S-Pen because we need a curved display NOW!

The new model is about 10 percent lighter than the Galaxy Note 3, thanks to more use of plastic

Am I the only who laughed when reading this :)

Say what? Where do you get "fold it" from? Although Samsung is rumored to bringing back the flip phone in 2014, this design has nothing to do with that.

ShamSung needs the phone which can curve so that people can fold it and keep it in a pocket.

I had a curved phone few years ago. Also known as flip phone!

In reality, only super geeks work with one hand. Most consumers hold a smartphone with their left hand and use the index finger of their right hand to scroll, type and so on. So all of your ergonomics theory is for geeks that are in the minority.

Hold your hand straight out, then turn it from side to side in a twisting motion (like turning a key, but with a relaxed opened hand). Pay attention to the motion, looking at your thumb. It's a natural inward curve, such as this Scamscum phone. That's ergonomics. The motion of your fingers would represent using the iPhone mockup. Considering everyone will choose their thumb for one-handed use, you have to pay attention to the movement of the thumb. To reach the far side of that iPhone mockup, you'd have to palm almost the entire phone to do it using your thumb. That's not ergonomic at all for one-handed use, no matter if it has a rear touch panel/screen or not.

I think Apple's idea is actually better ergonomically. Secondly, if the Apple design even comes to market, it's a two sided display concept which could be interesting. Look, Samsung was first but the innovation in its current form is of no significance. It's temporary glitter at best

"In reality, it doesn't provide the user any real benefit."

In reality, it should. Allow me to elaborate.

1) The curved design should be better for grip
2) With the inward curve, it moves the outer most edges slightly closer together, making it more comfortable to reach the furthermost side
3) The inward curve is actually ergonomically correct, reflecting the natural motion of the thumb in a sweeping motion

I'm FAR from being a Scamscum fan, but I have to give them a cookie on this one. In all honesty, this is the only innovative thing they've really done so far.

In contrast, the iPhone mockup is wrong in respect to usability ergonomics. It would be difficult to use that design in one-handed mode.