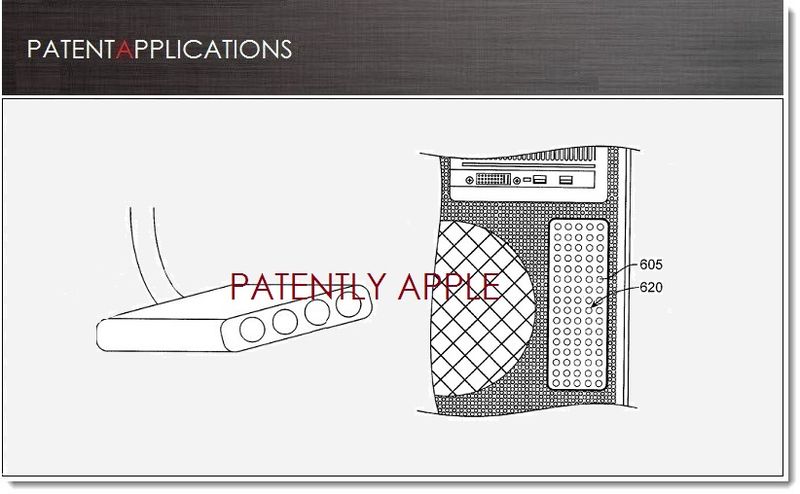 On October 10, 2013, the US Patent & Trademark Office published a patent application from Apple that reveals their intent to one day reinvent the connector system for both Macs and iDevices. It's a universal desire for consumers to have a simplified connector system for computers or other electronics – and yet technically there are so many electrical standards in place today that it's close to impossible to think that we could have a utopian universal connector system. Yet Apple plugs away believing there's a way to be the first computer company to crack this nightmare of differing connectors; a way to keep the connectors on a Mac or iDevice super simple. Apple began this project back in 2011 and today we're getting more detailed information about how the reinvention of the connector system could one day be a reality.

The number of types of electronic devices that are commercially available has increased tremendously the past few years, and the rate of introduction of these devices shows no signs of abating. Devices, such as tablet, laptop, netbook, desktop, and all-in-one computers; cell, smart, and media phones; storage devices, portable media players, navigation systems, monitors, and others, have become ubiquitous.

Such diversity is not without its downside. The inclusion of so many connectors consumes space inside the electronic device, as well as the surface area of its outer case. This means that smaller devices may only be able to include a limited number of connectors.

Apple's invention is about reinventing the receptacle connector system by improving some or all of the above described deficiencies. Embodiments of the invention are not limited to receptacle connectors on computing devices and may be used for numerous other electronic devices. Some embodiments, however, are particularly well suited for computing devices such as the Mac Pro, iMac, MacBooks and iDevices as Apple notes below in their patent figures. 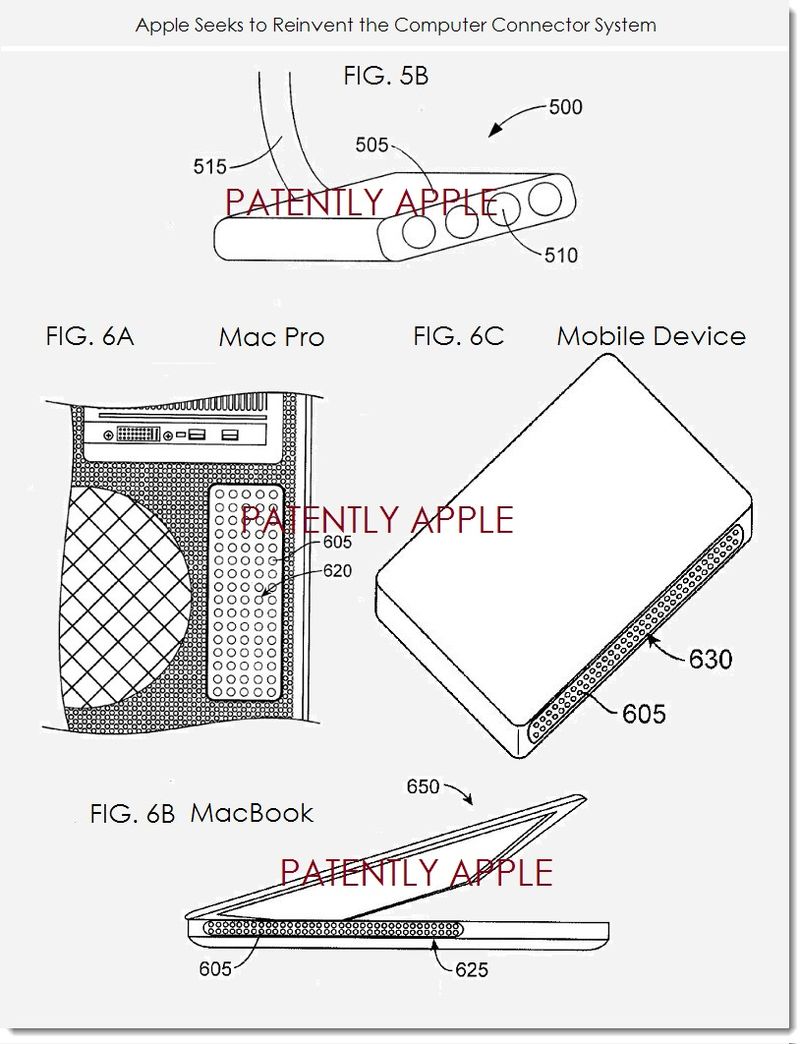 The Computer will Sense the Needed Plug Connector

Apple's patent claim 15 covers a method "wherein the sensing is provided by at least one of the following group: an electrical sensor, a two-way radio transmitter-receiver, a magnetic sensor, and an optical sensor."

Apple's patent FIG. 8 noted below illustrates a method of forming an electrical connection between one or more plug connectors and a receptacle connector in accordance with principles of the present invention. 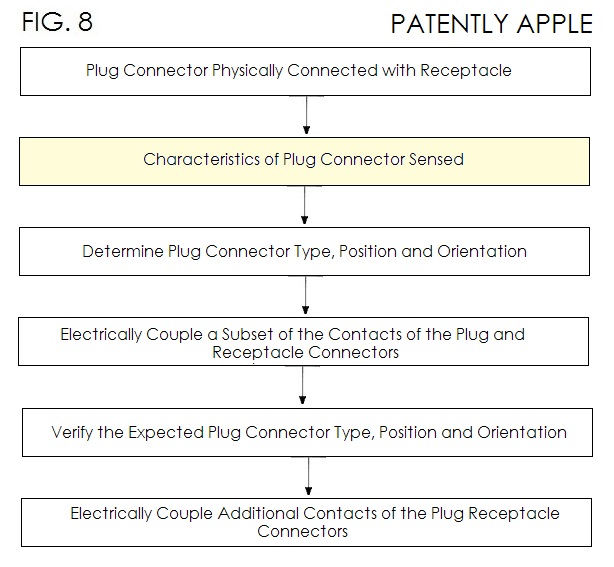 As another example, optical sensors such as camera may sense visual indictors, e.g., symbols or markings, on a plug connector. The sensing of the one or more characteristic may be sequential or simultaneous.

The symbols or visual indicators disposed on the plug connector may be shapes of specific colors or may be more complex designs. In some embodiments there may be one or more colored or non-colored shape or shapes above each contact indicating the purpose of each contact, from which the plug connector type, position and orientation may be determined.

In additional embodiments, Apple states that radio frequency (RF) sensors, e.g., radio-frequency identification (RFID) or near field communication (NFC), may be implemented to determine the type, position, orientation, and/or other information regarding a mated plug connector.

Other sensors may be relied upon to detect mating events and determine the plug connector position and orientation with respect to the receptacle connector. Hmm, I wonder if a modified form of iBeacon could be implemented for this system.

Apple credits Fletcher Rothkopf and Mathias Schmidt as the inventors of patent application 20130267120 which was originally filed in Q2 2012 and published today by USPTO.