On October 31, 2013, the US Patent & Trademark Office published a patent application from Apple that reveals a new power management system that will work with both a power adapter and seamlessly with a portable solar panel accessory for busy people on the go. Apple's engineers are thinking big with their on-site solar power now creating the energy equivalent to powering 17,600 homes a year. The experience that Apple's engineers are gaining with working with solar panels is filtering through to creating a power management system for future Macs and iDevices. Apple has already been granted seven solar power patents thus far and you could review most of them in our Green Technology Archives. Today's patent goes one step further than most by introducing us to a solar power panel accessory for mobile devices like a MacBook or iPhone that won't require a power converter. Apple's system may be closer to reality than first thought considering that Apple's senior power design engineer noted as the inventor of this system has been snatched by Samsung within the last year.

In some embodiments, using the power management system to supply the power to the components involves tracking a maximum power point of the solar panel.

In some embodiments, tracking the maximum power point of the solar panel involves measuring one or more output powers associated with at least one of the solar panel and the power management system, and adjusting an input voltage of the power management system based on the one or more output powers. For example, the input voltage may be adjusted based on the output power(s) using a perturb-and-observe technique and/or an incremental conductance technique. 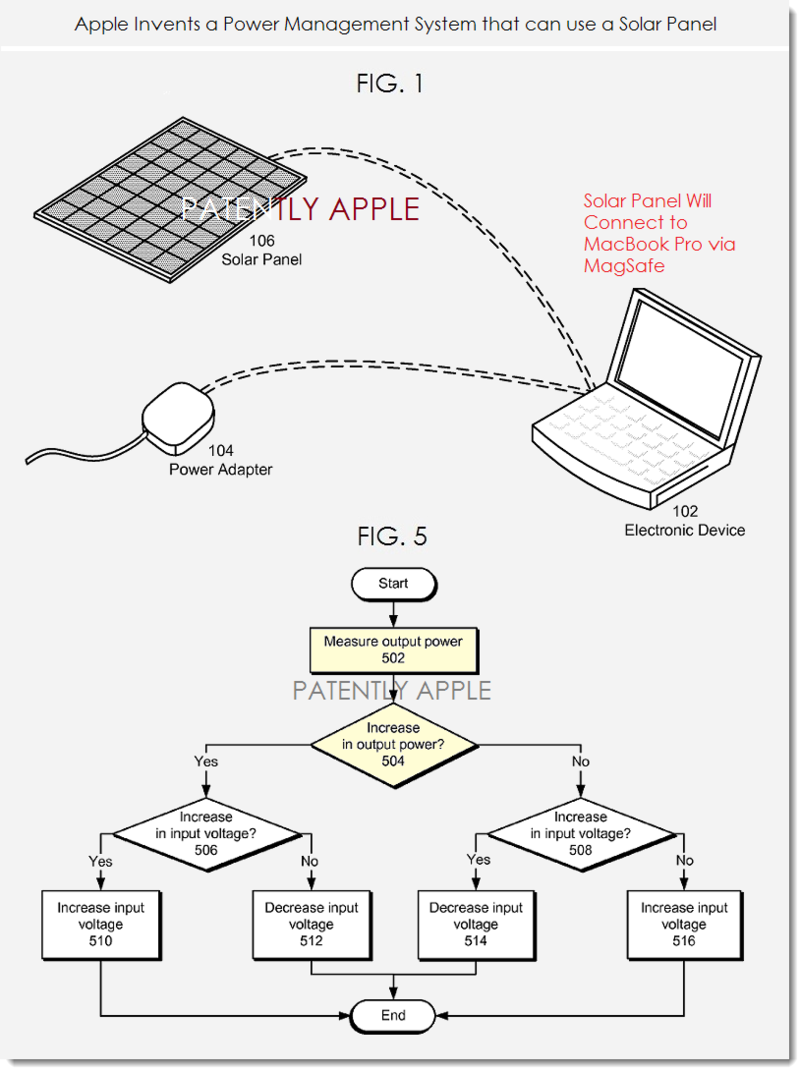 As noted in Apple's patent FIG. 1, a MacBook Pro includes functionality to accept power from a solar panel 106 in lieu of and/or in addition to power from power adapter 104.

Apple's patent FIG. 5 noted above presents us with a flowchart illustrating the process of tracking a maximum power point of a solar panel in accordance to their invention.

Apple's patent FIG. 4 noted below shows us an overview of a power management system for supplying power to components in an electronic device. 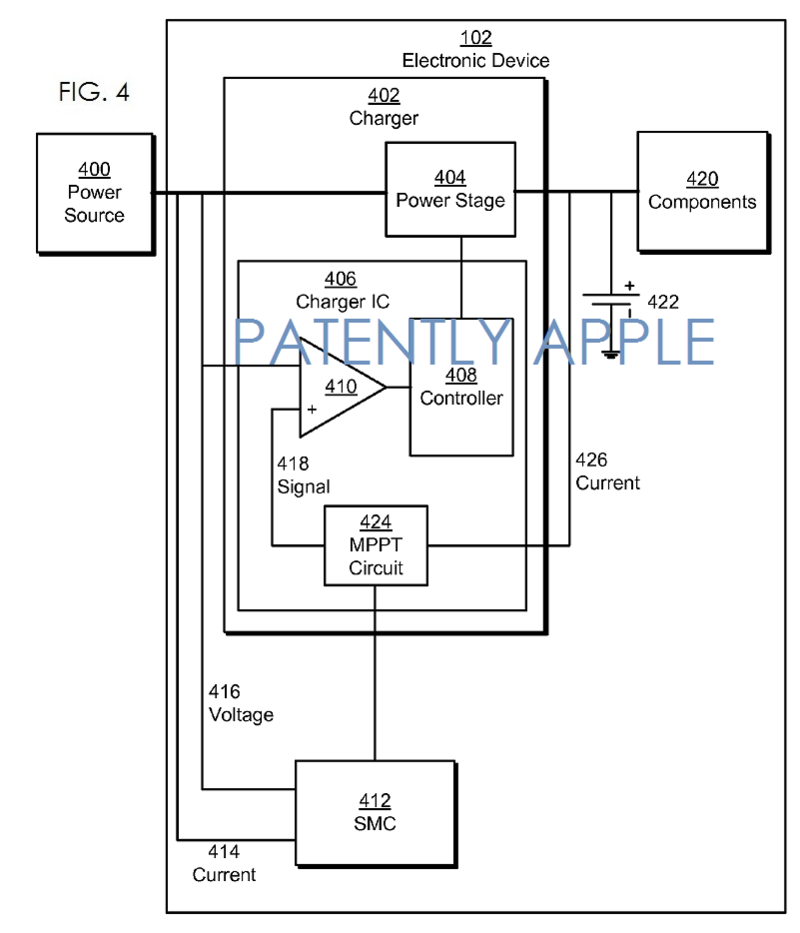 Apple credits Kisun Lee, Manisha Pandya and Shimon Elkayam as the inventors of patent application 20130290743 which was originally filed in Q3 2012. For engineers and geeks who like to delve into this kind of technology could also view another kind of power management system patent that was published today. Apple's "Power Management for a system having non-volatile memory" patent could be found here.

As always, count on Samsung being in this new race related to solar power. And with Apple's engineer defecting to Samsung in the last year, the race could certainly be a heated one. Who will win this race to market? Only time will tell.