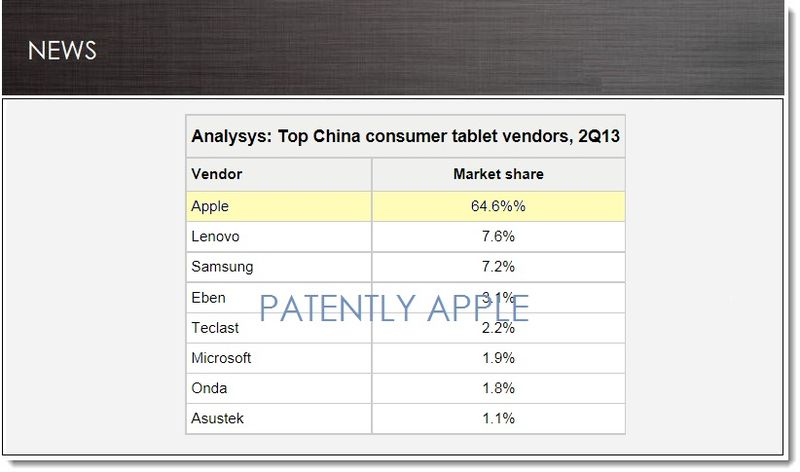 Surprisingly there were only 3.576 million tablets sold in China in Q2 2013. The good news is that Apple sold 64.6% or close to two-thirds of them. According to a new DigiTimes report, overall unit sales increased 5.2% sequentially and 52.8% on year. Samsung is shown in our cover graphic table to be in third place with a paltry 7.2% market share.


Samsung's poor third-place showing is understandable. Last week DigiTimes ran the headline as we note from a Google search. The article, only dated August 27, 2013, is now only available to DigiTimes members. The report did state that the supply chain had noted that part orders for the new Galaxy Tab 10.1 were significantly down from original estimates.