Apple Fine Tunes One of their Smart Pen Inventions 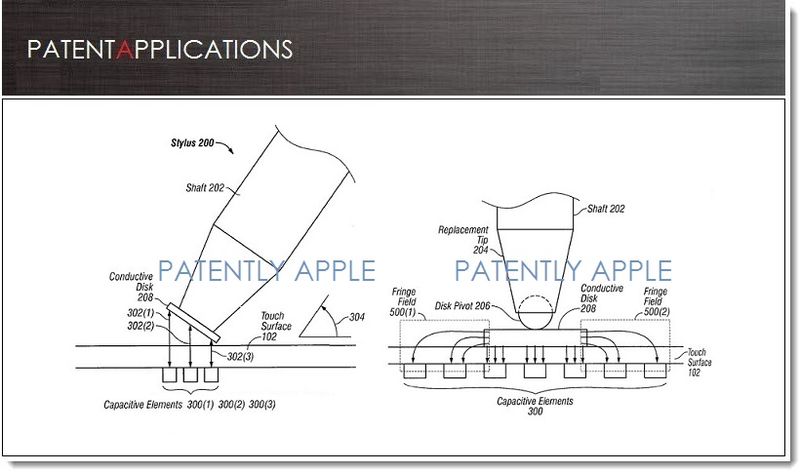 On September 12, 2013, the US Patent & Trademark Office published a patent application from Apple that reveals that legendary John Elias that was behind many of Apple's original multitouch patents that made the iPhone a reality is now back at refining the patent claims of a smart pen design that he first introduced in 2011.


Apple's patent application for this particular smart pen design first surfaced in February 2011. We covered it extensively in our report titled "Apple Takes Huge Steps towards a Graphics Pen for iPad." There you could review several key graphics and read about the specifics behind Apple's invention.

Today's published application under number 20130234986 shows us that Apple is now refining their design and adding fine tweaks to their patent claims. For instance, in claim number one noted below, the highlighted area is new.

An apparatus for providing input to a capacitive sensor array, the apparatus comprising: a shaft; a pivot structure connected to one end of the shaft; and an actuator connected to the pivot structure, wherein the shaft is adapted to pivot about the pivot structure to enable the actuator to maintain contact with a surface as the shaft is moved through different orientations, wherein a size of the actuator is selected so as to enable detection by one or more sensors of the capacitive sensor array upon contact with the surface; wherein the one or more sensors comprises a force or angle sensor; and wherein the apparatus is connected to a ground via a conductive element and adapted to receive power from a power source.

All of the other changes appear to be restricted to Apple's patent claims. The body of each patent application contains the same 82 patent points. Apple could be updating their patent claims simply to get the patent approved by USPTO or that they're getting closer to defining a next generation smart pen that they plan to introduce in the future. 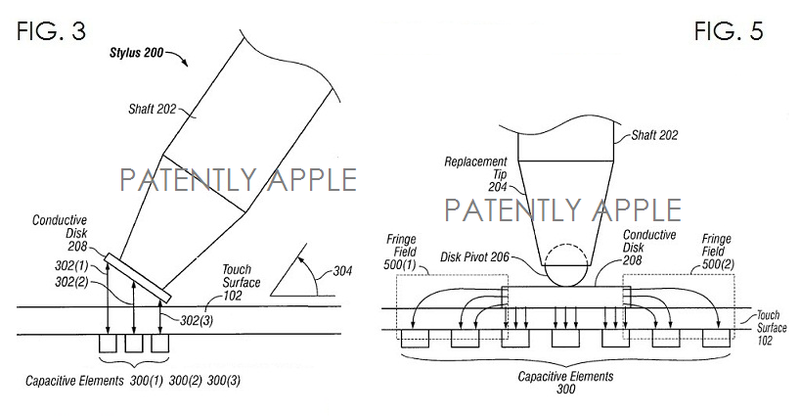 Apple credits John Elias as the sole inventor of this patent application which was filed in April of this year.

Steve jobs didn't think much of making a mobile phone or a smaller tablet.

Company execs say what they need to say at a particular point in time. The also change their minds.

The digital pen was something that Apple couldn't have done right and therefore downplayed it. Apple, Samsung and Microsoft are all trying to figure out how to give customers the ability to write notes that is equal to pen and pad and no one has delivered that yet. If Apple ever does, they'll say that they've "revolutionized" the digital pen.

So much of what execs say is just their marketing position at any given point in time. It's not engraved in stone.

Apple has a great number of patent pending smart pen designs as you can check out in our archives link below.

Most of the pen designs are a giant leap from Samsung's past and present design. Yet until Apple unveils a smart pen, I wouldn't be thinking of lawsuits of any kind.

Samsung released the s pen for the note 3. Is this similar to that? If yes then if it is released in an apple product does apple have rights to sue samsung or is it the other way round??