On September 25, 2013, the US Patent & Trademark Office published Apple's latest trademark application for "Advertising Re-Imagined." The trademark is in relation to Apple's iAd which is a mobile advertising platform developed by Apple Inc. for its iPhone, iPod Touch, and iPad line of mobile devices allowing third-party developers to directly embed advertisements into their applications. Apple first announced their new iAd service back on April 8, 2010 for use in iOS 4. 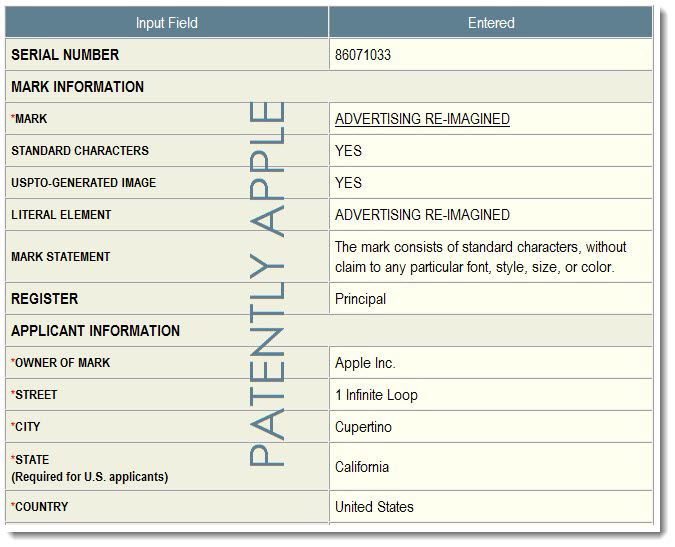 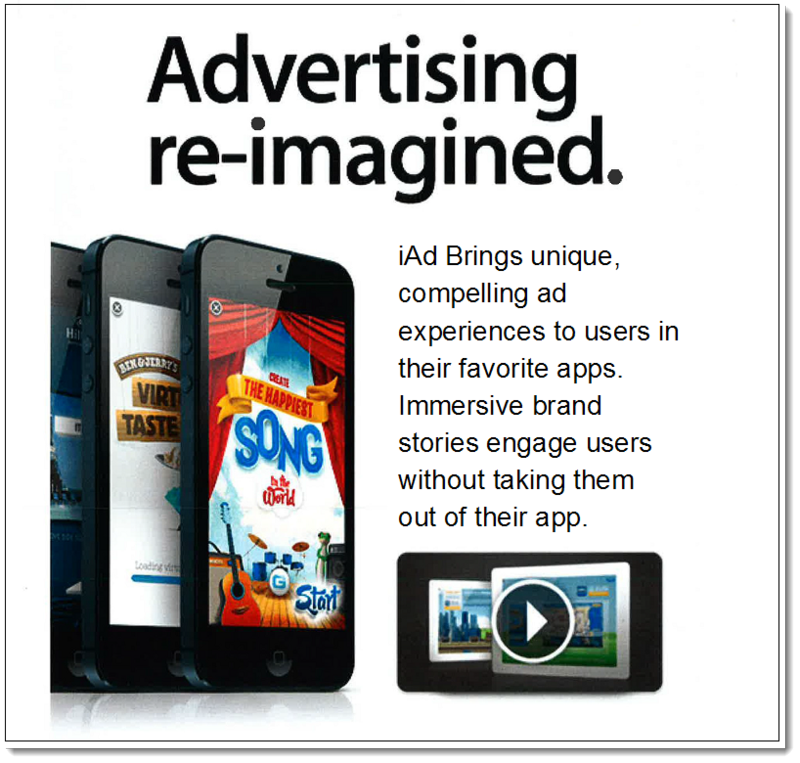 The trademark's Priority filing for this trademark was filed in Jamaica under application number 62219, filed 03/21/2013.