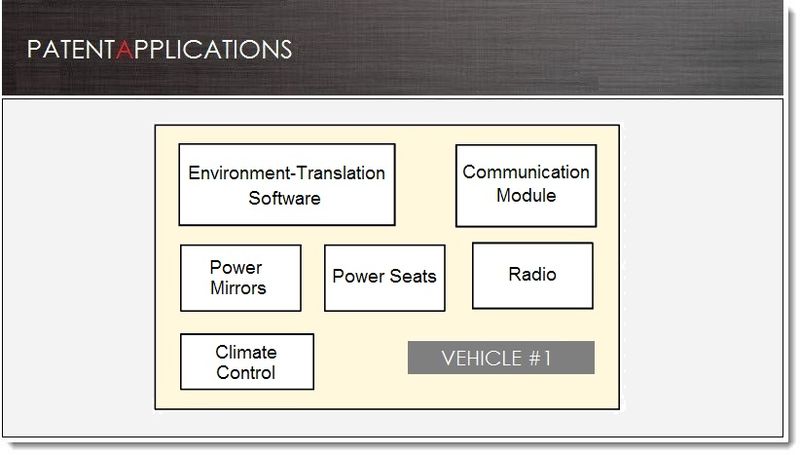 On August 1, 2013, the US Patent & Trademark Office published a patent application from Apple that reveals new advances that could be coming to Apple's new "iOS in the Car" software in the future. In June we presented an in-depth report titled "Apple Takes the Lead in the Next Battlefront: Advanced Eyes-Free Services for the Car. Today we learn that Apple has deeper integration plans to take "iOS for the Car" to another level. Apple's latest invention generally relates to in-vehicle self-configurable environments and more specifically to techniques and systems for storing configuration details in an iDevice like the iPhone. The new system will allow a future iPhone user to control their in-vehicle settings for power seats, mirrors, climate control, radio and more. Once set, the iPhone will be able to control settings even for a rented car. Apple envisions this software to eventually apply to a user's home environment and beyond.

An example of a self-configurable environment that some consumers might be familiar with is an automobile in which a consumer can adjust a car seat, power mirrors, and steering wheel, and associate the configuration with a button. In such automobiles two different drivers can each associate a particular configuration of the seat, mirrors, and steering wheel with one of the buttons and when they enter the car, they can press the button and the car will reconfigure itself according to the associated configuration.

Such self-configurable environments are very convenient; however, they are not readily transportable. Accordingly, the present technology solves this problem. 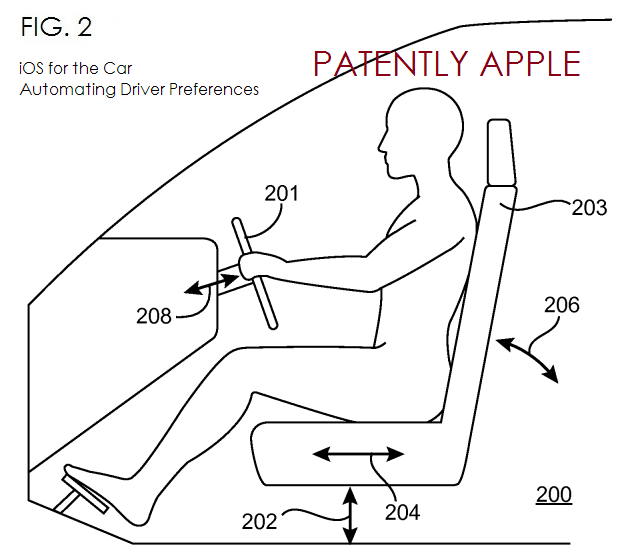 Apple's patent FIG. 3 noted below also illustrates mirror adjustment angles. In some embodiments, these angles can be reported directly from the mirrors themselves, if they are power mirrors or can otherwise sense adjustments. In embodiments wherein the mirror is not a power minor or lacks the necessary sensors, these angles can be calculated by approximating where a user's head is expected to be based on its expected position relative to the known position of the headrest. 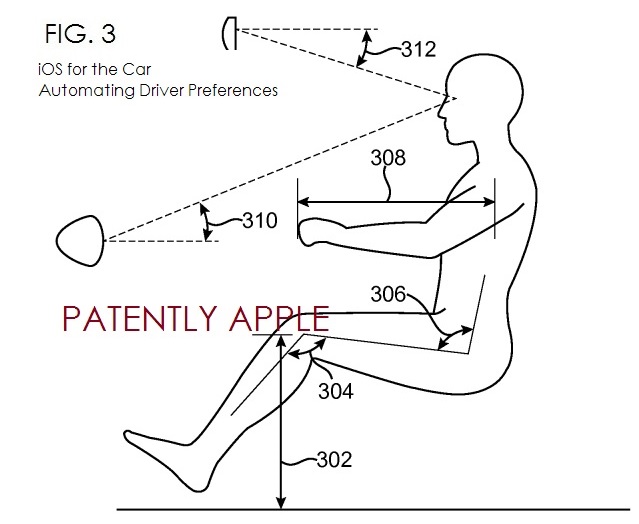 Apple notes that the environment-translation software can be aware of the default position of the headrest and adjust for movement of the seat. In some embodiments, it might be possible for the software to learn of adjustments to the headrest itself. 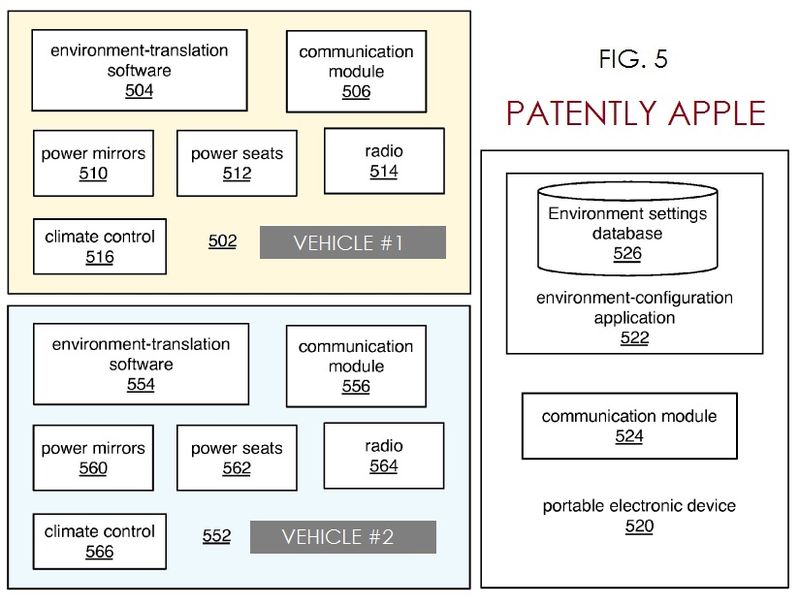 The environment-translation software can be configured to communicate with the various configurable components including but not limited to power mirrors, power seats, radio, climate control and so forth.

In Apple's patent FIG. 4 noted below we see a view from the rear of an automobile, which shows the back of a driver's head and its relationship to the rear view minor, driver's side mirror and passenger's side mirror. 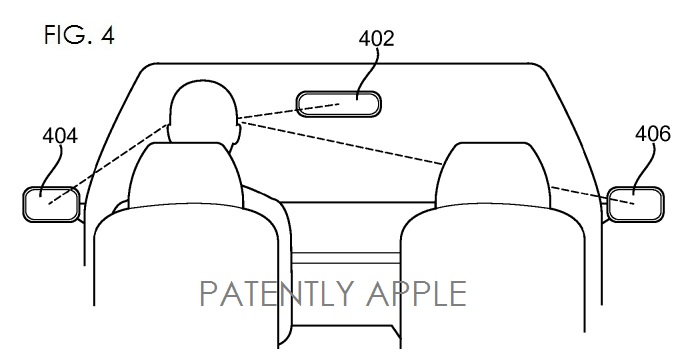 Applies to Home Environments Too

In some embodiments, an application running on a portable electronic device can include a user interface sufficient to receive an instruction from the user to request configuration information from a home or hotel environment. The technology could be used to configure in-home climate control settings, television settings and/or lighting preferences but to name a few.

This could also play into Apple's smart-home energy management system revealed in a 2010 patent filing that we reported on.

Apple credits Thomas Lowry as the sole inventor of patent application 20130197674 which was originally filed for in Q1 2012.