In June, Apple's iPad Web Traffic Lead Leaps to Over 84%

In May we reported that Apple's iPad lead in web traffic had increased to an all-year high of 82.4%. Today, Chitika's newly published tablet web traffic statistics for June have Apple leaping to 84.3% despite Samsung launching their new Galaxy Tablets products in May. 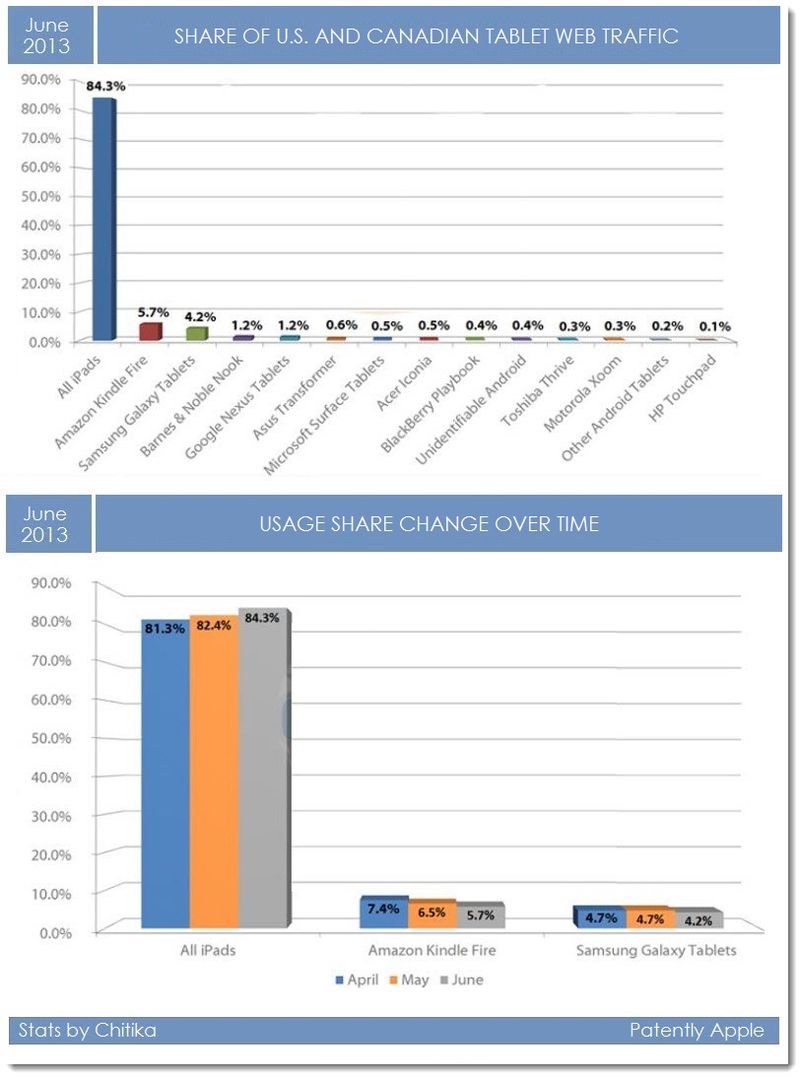 To determine the distribution of Web usage among tablet devices for the month of June 2013, Chitika Insights sampled tens of millions of U.S. and Canadian tablet online ad impressions running through the Chitika Ad Network. The data used within the most recent analysis was drawn across the time frame of June 15 to June 21, 2013, and data for previous months was collected from Chitika Insights' April and May tablet market share reports, respectively.

How will Samsung ever reverse this trend? By flooding the market with cheap tablets is how. If you can't win with innovation, then the only way to move garbage is by almost giving it away. Samsung innovation - by the pound.