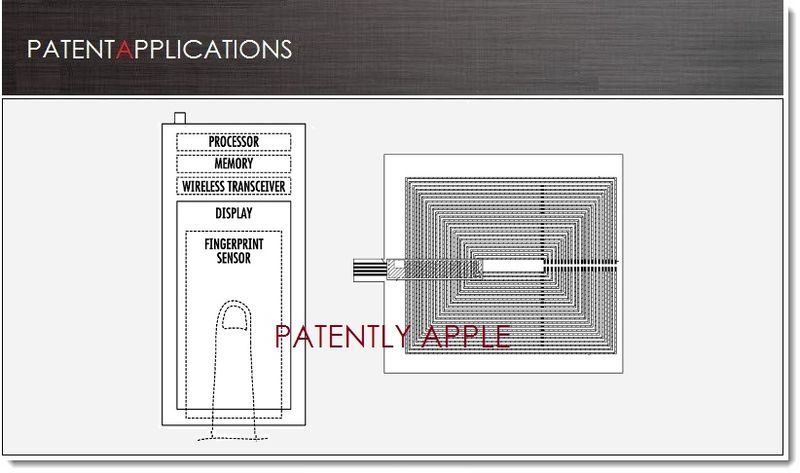 A fingerprint sensor may be particularly advantageous for verification and/or authentication in an electronic device, and more particularly, a portable device, for example. Such a fingerprint sensor may be carried by the housing of a portable electronic device, for example, and may be sized to sense a fingerprint from a single-finger. For example, the AES3400 sensor from AuthenTec, Inc. of Melbourne, Fla., is widely used in a variety of notebooks, desktops and PC peripherals. Other fingerprint sensors such as the AES850, also from AuthenTec, Inc. of Melbourne, Fla., is a multi-function smart sensor that expands touch-based functionality of touchscreen and QWERTY smartphones with a reduced impact on sensor performance or durability.

In view of the foregoing background, it is therefore an object of the present invention to provide a finger sensor that can generate a reduced noise finger measurement from a finger, for example, positioned in a finger sensing area at a relatively large distance from the finger sensing integrated circuit.

Apple's patent FIG. 1 shown below is a schematic plan view of a future iPhone including a fingerprint sensor for use with its touchscreen display. 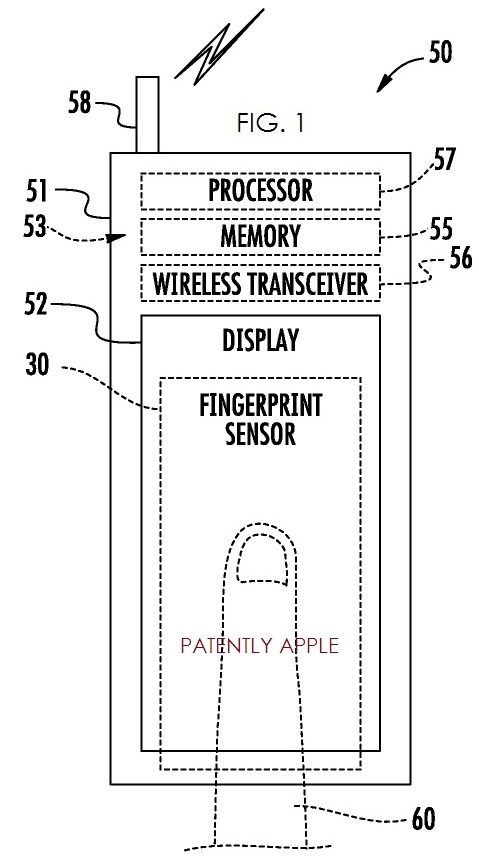 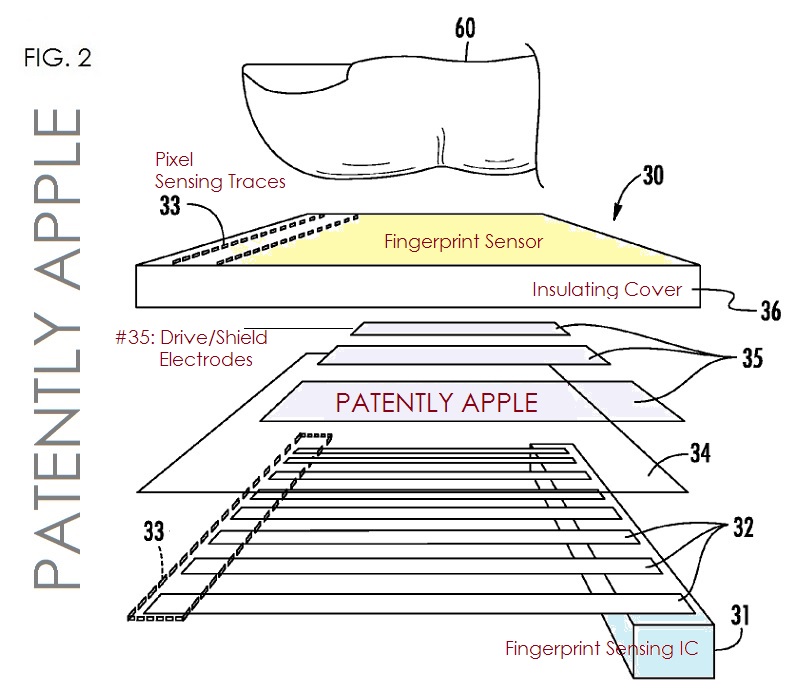 Apple's patent FIG. 3 shown below is a schematic diagram of electric field flux sensing pixel circuit for use with the fingerprint sensor of FIG. 2. 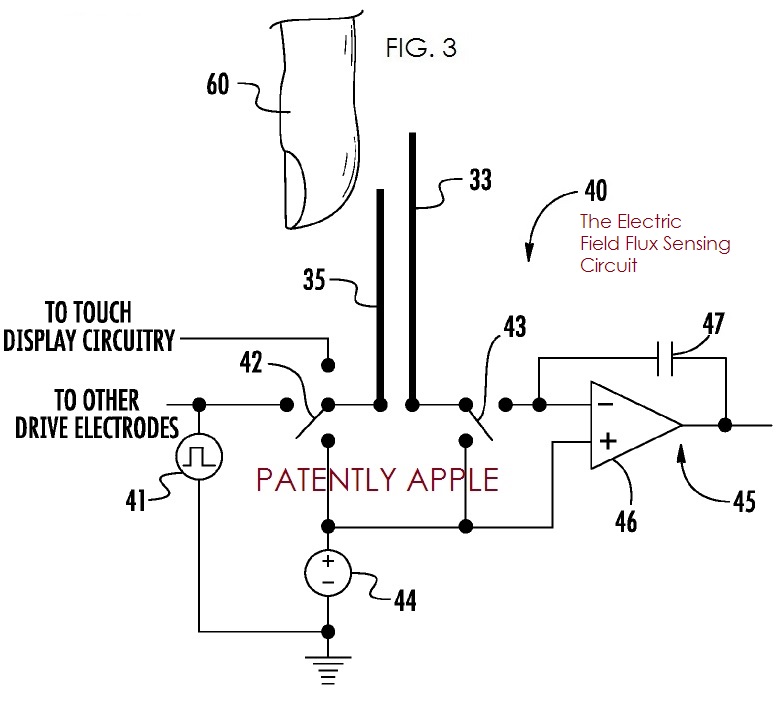 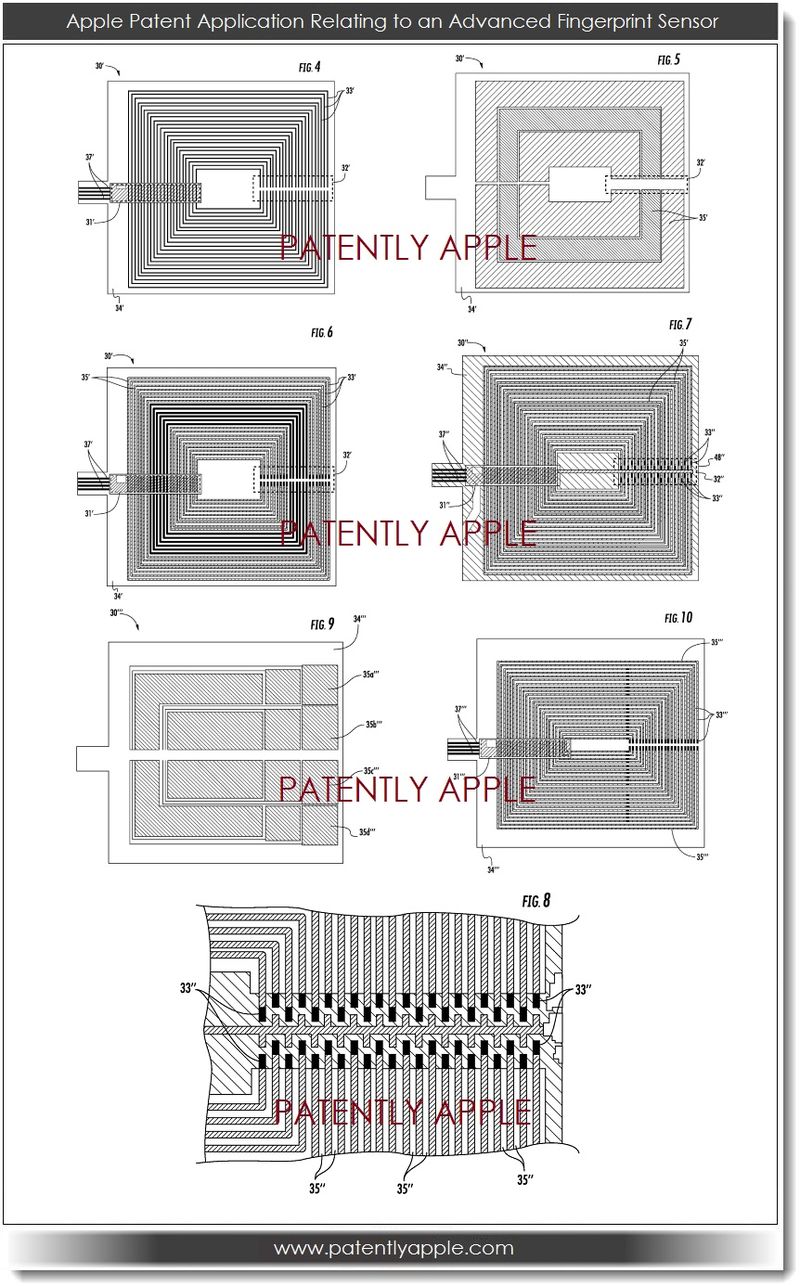 Apple credits Dale R Setlak (Co-Founder and VP of Research at AuthenTec) as the sole inventor of this patent application which was filed in Q1 2013. This is a patent that Apple acquired through their acquisition of AuthenTec. To review the full patent details and its 20 patent claims, see patent application 20130181949.

Apple's patent also incorporates a series of granted patents including 5,953,441 (Harris Corporation), 6,289,114 (Thomson-CSF France) and 7,361,919 (AuthenTec) which were assigned to Setlak. Another patent that Apple has likely acquired from AuthenTec is patent application 20010032319 which relates to their technology being applied to notebooks that's worth noting.

Off Topic: We were asked recently why we didn't cover Apple's granted patent this week regarding Liquidmetal. Plain and simple, the patent wasn't one granted to Apple, but rather Crucible Intellectual Property. We covered Apple's true Liquidmetal patent extensively and exclusively back in April under the title "A Fascinating Liquidmetal Patent from Apple Surfaces in Europe." It spells out more than what is presented in the Crucible patent. So it's not really news.

Hope it works well.
If it also comes in the next product line, I probably buy.