On this July Fourth holiday we cover two distinct patent applications published by the US Patent & Trademark Office today. The first relates to new flexible battery pack designs that will support next generation device form factors such as a possible flex-screen iPhone or some form of wearable computer such as information band or wristwatch. The second invention relates to a few minor upgrade features that may be introduced in a future Maps app upgrade.

With revelations coming to light earlier this year that Apple may be working on future device form factors such as a flex-screen based iPhone and/or an information band or wristwatch, it's clear that Apple's battery team had to come up with solutions that would support such form factors.

Apple's battery team had already revealed next generation batteries that could take on all kinds of shapes, but to support curved form factors in particular, Apple's team had to specifically invent new designs that could be flexible yet durable and safe.  Today's latest patent application covers that in detail.

Apple states in their latest battery centric patent application that unique form factors often require flexible battery arrangements, whereas conventional battery packs are often too rigid to flexibly conform to new form factors. For example, lithium-ion batteries, such as lithium polymer battery cells, are quite rigid and bending them repeatedly may cause damage to the battery cells and battery failure. As a result of attempting to accommodate inflexible battery packs, the packaging of portable electronic devices may not be optimally sized.

An adhesive may be used to couple the top and bottom laminate layers together such that each of the plurality of cells is isolated from each other. This arrangement may allow the battery to be shaped to fit a form factor of the electronic device. This arrangement also may allow one or more of the cells to be selectively removed from the plurality, which may be desirable from a manufacturing perspective. 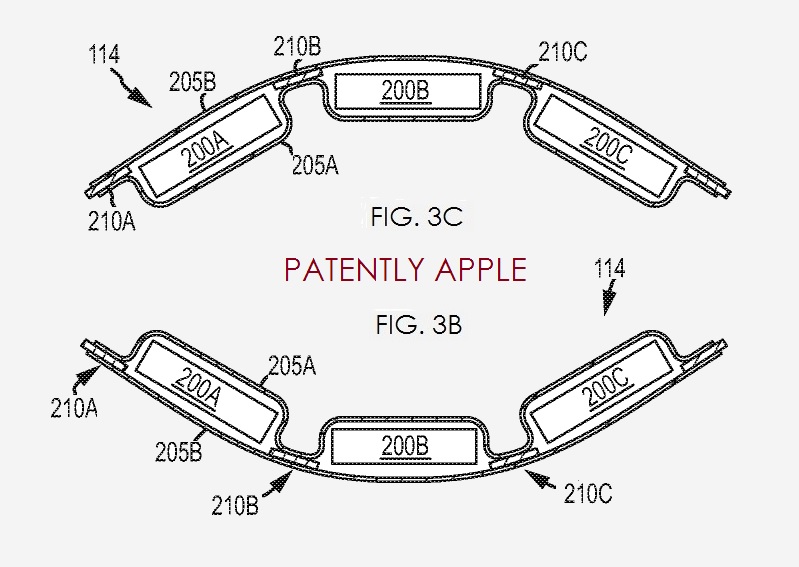 Apple's patent FIGS. 3B and 3C noted above illustrate a cross section of the new flexible batteries which may be folded into generally curved orientations to accommodate the various form factors of electronic devices. The precise degree of curvature may vary depending upon the embodiment ultimately implemented, and in some embodiments, the curve may be asymmetric. For more on this, see Apple's patent application 20130171490

Apple states that their advanced Maps app implementations will be able to provide at least provide the following advantages: Route determination is improved by accounting for real-world considerations and concerns of travelers. Real-time user-generated alerts allow for faster and more accurate notification of events within proximity of a user that might hinder the user's progress as the user travels. 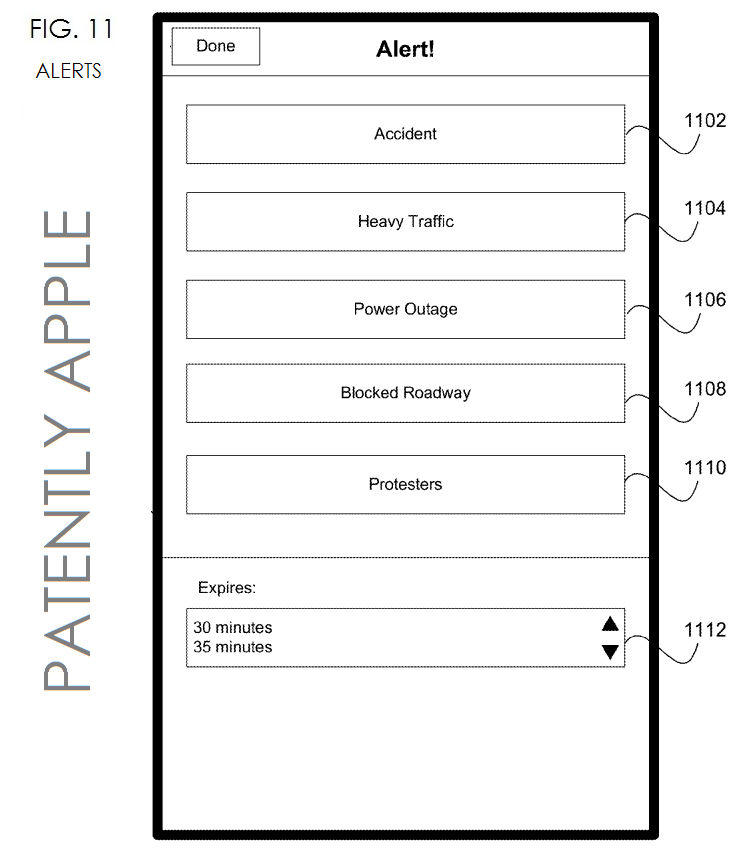 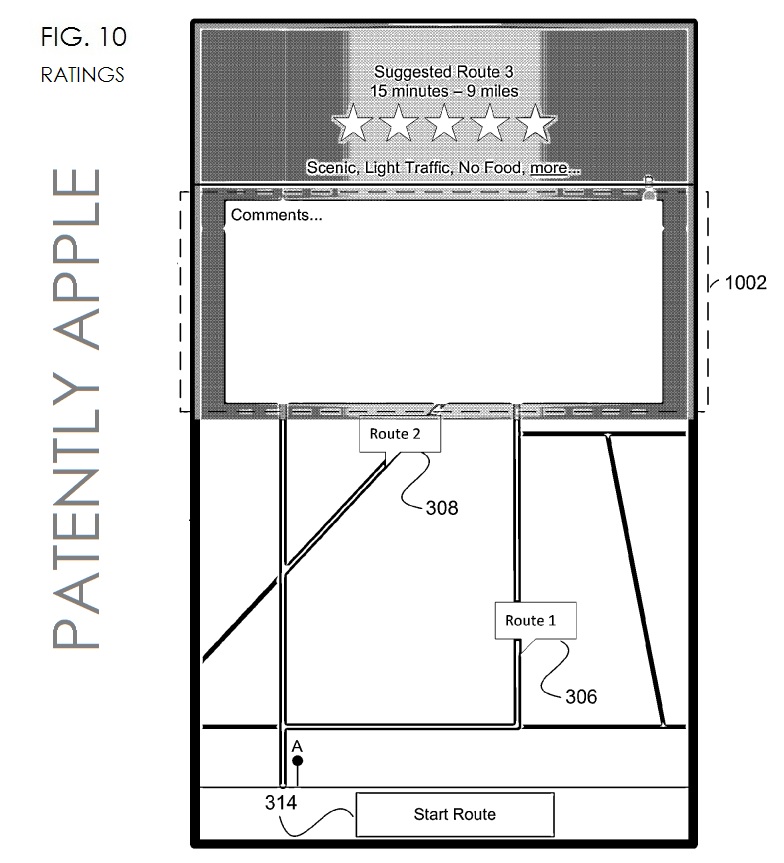 What's most interesting about the flex power patent is the photovoltaic option. The obvious reason is that it supplies a trickle of power during the day, but it can also provide wireless charging without additional inductive charging receiver. Just an intense light source in the optimum part of the spectrum for photovoltaic charging, a tanning bed for your iWatch. But wait, there's more! If the PVC cells are fairly small so they can be completely covered by a finger, the band can be an input device for wipes and even a passcode to unlock the phone.