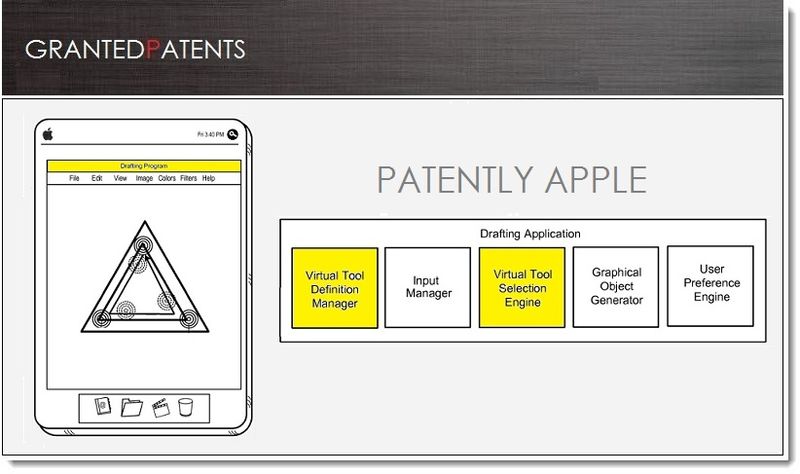 The US Patent and Trademark Office officially published a series of 40 newly granted patents for Apple Inc. today. In this particular report we cover patents relating to a self-adapting haptic device, a virtual tools application and a auto exposure for iOS cameras. We close out our report with a list of the remaining granted patents that were granted today. 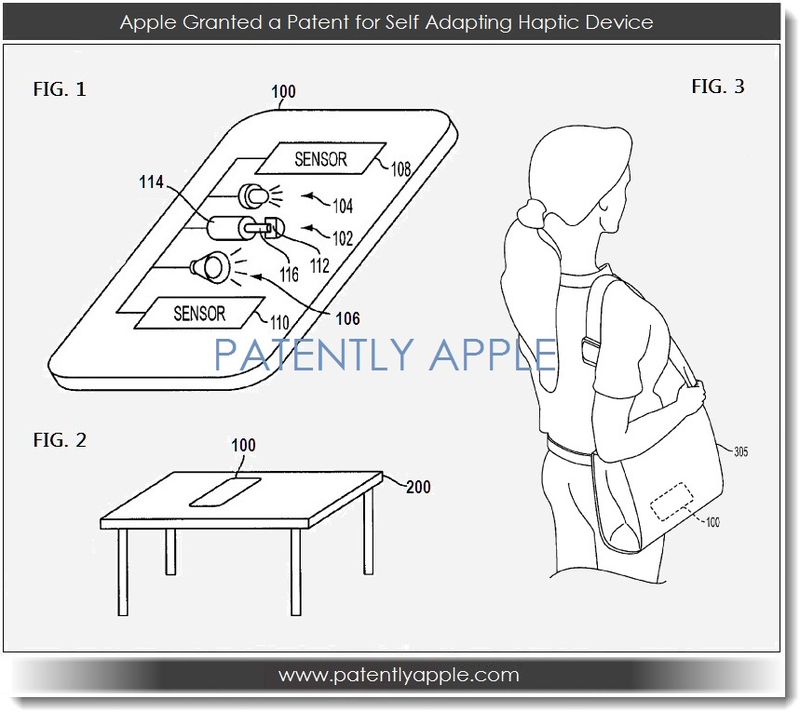 Apple credits X as the inventors of this granted patent which was originally filed in Q and published today by the US Patent and Trademark Office. More information can be obtained from our original report that was posted in March 2011.

Apple has been granted a patent today for their invention relating to a computer-aided design and drafting application.

The new application, according to Apple, will be able to work with multitouch chording and other interactions which include a next generation stylus. The app covers a virtual ruler, protractor, compass, stencil tools and hints of using iCloud. 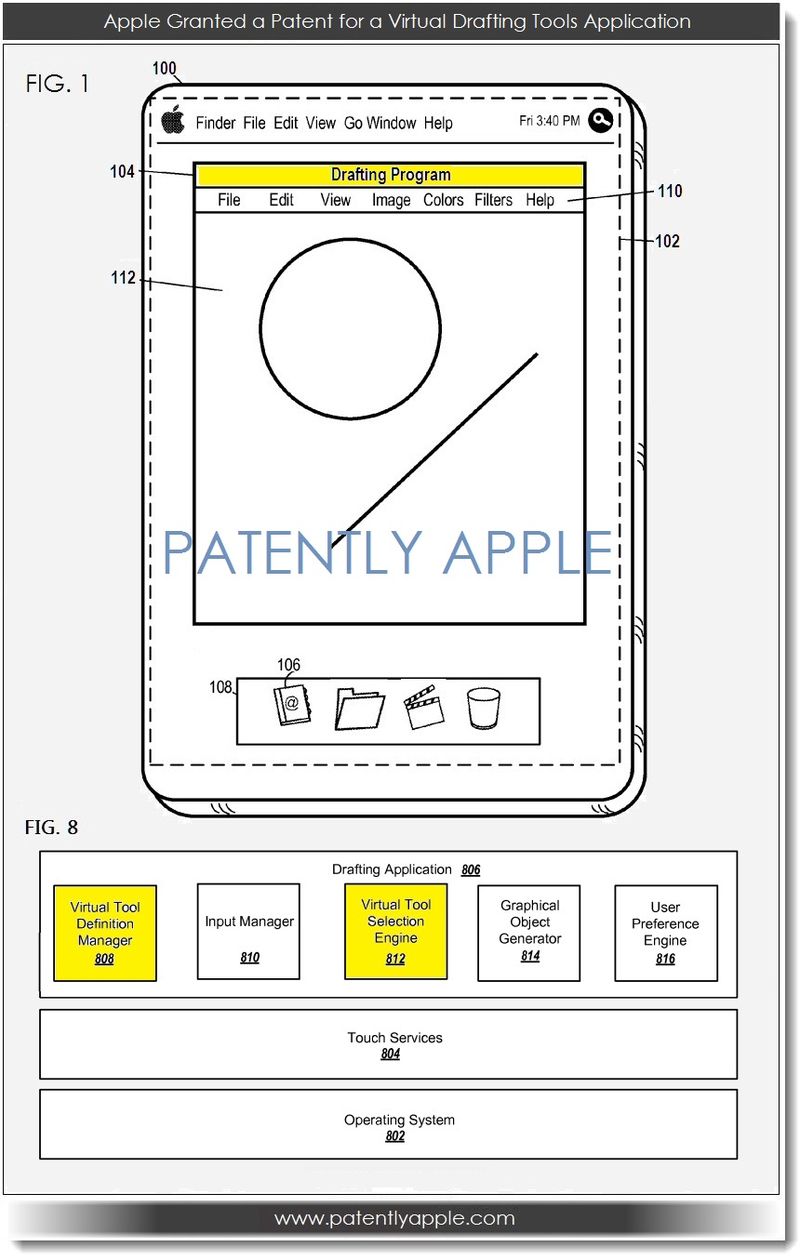 Apple credits Nicholas King as the sole inventor of this granted patent which was originally filed in Q1 2010 and published today by the US Patent and Trademark Office. To review today's granted patent claims and details, see US Number 8,487,889.

Apple has been granted a camera patent today for their invention relating to scene adaptive auto exposure. Specifically, the patent covers systems, methods, and a computer readable medium for an improved automatic exposure algorithm attempt to classify an image into a particular "scene category," and, based on the determined scene category, meter the scene according to a generated metering weighting matrix. 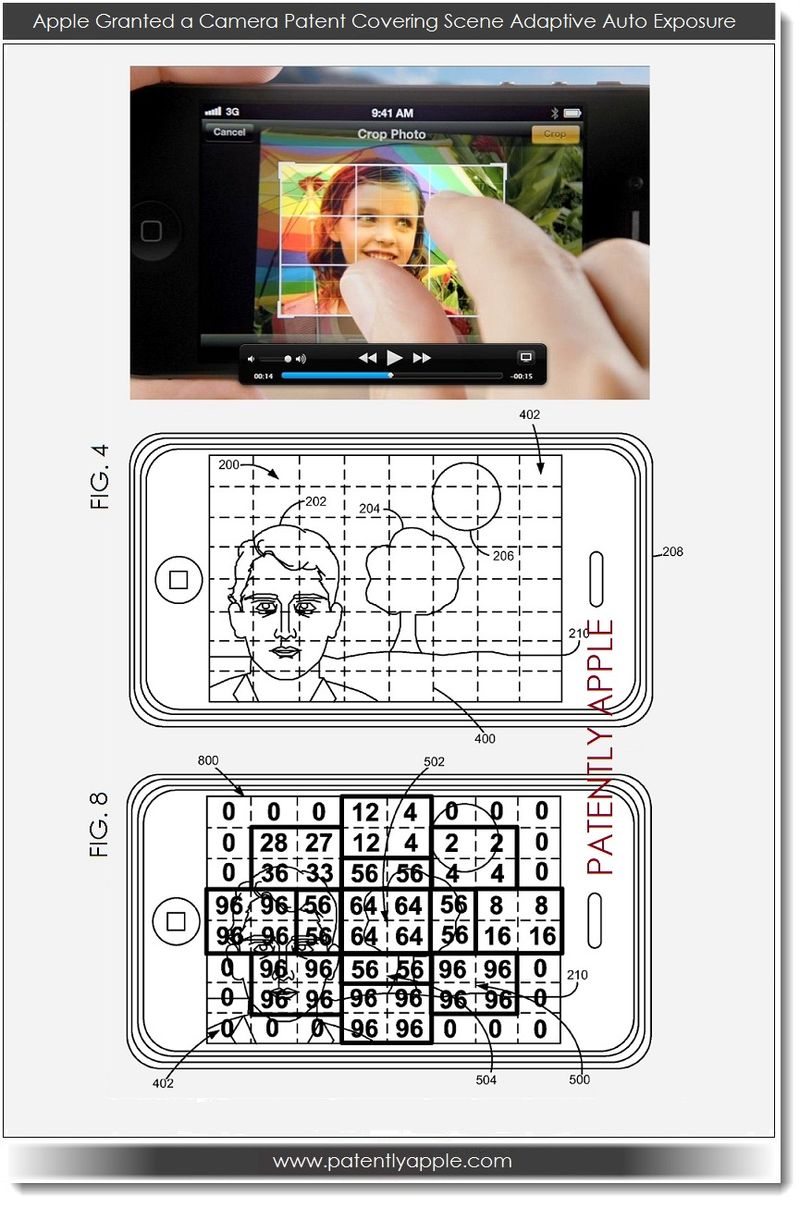 Apple credits Ralph Brunner and Frank Doepke; Frank as the inventors of this granted patent which was originally filed in Q2 2010 and published today by the US Patent and Trademark Office. Patently Apple originally covered this patent back in December 2011 and you could review that report for extra patent figures and additional detailing. To review today's granted 24 patent claims, see US patent number 8,488,958. 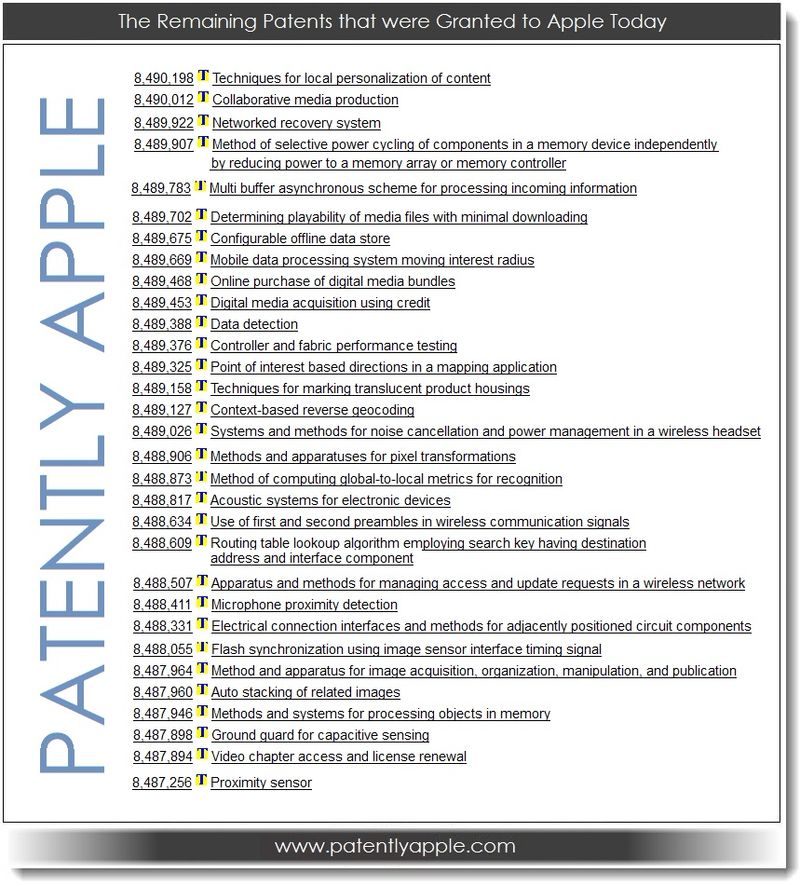