While Apple's next-generation 9.7-inch iPad is expected to continue with the same Retina quality display, the new model will have a slimmer bezel design and use GF2 touch screen technology, which is technically double-sided ITO film. The switch in screen technology will make the iPad thinner and lighter. 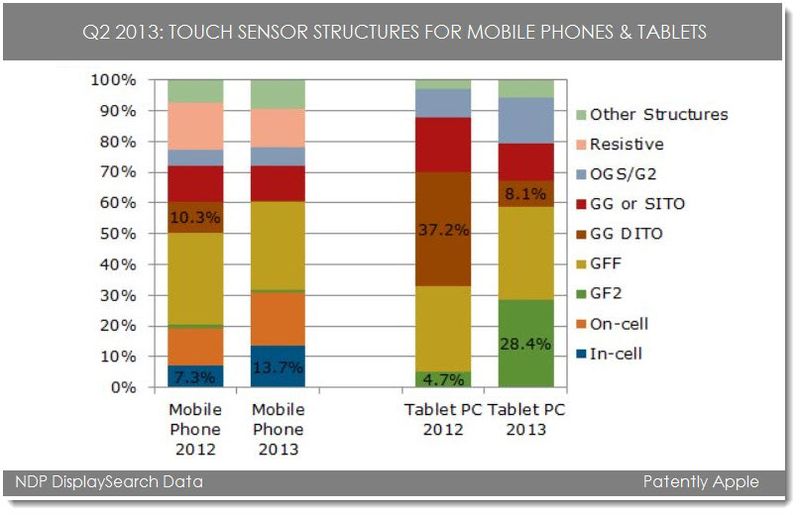 Calvin Hsieh, research director at NPD DisplaySearch stated that "Mobile phone and tablet PC touch technologies and sensor structures are evolving quickly, due in large part to Apple’s move away from GG structure to in-cell touch technology and GF2. Apple’s high market share in these categories means that any technological movement is felt throughout the component supply chain."

News on the iPad mini

While the shift to GF2 touch technology is confirmed for the iPad, Apple is reportedly still choosing whether to use oxide TFT or LTPS backplane technology in its next-generation iPad mini. The sources said that Sharp is looking to provide Apple with Oxide TFT technology while LG and Samsung are leaning towards LTPS, as the Korea-based companies believe using oxide TFT does not result in significantly less power consumption.

DigiTimes stated in their report that their sources have also noted that LG has yet to agree with Apple on the pricing for oxide TFT, while Samsung does not have a significant amount of capacity for oxide TFT.

Supply chain sources reveal that Apple has had an internal debate on whether to use Retina display technology in its next-generation iPad mini because it fears the device may take away sales from their full sized iPad.