A new report today is citing a note by Citi Research saying that Apple will launch an iPhone with 4.8-inch screen next year. Contrary to Apple's traditional iPhone events held in September, Citi's note says that the larger iPhone design is being scheduled to debut in Q1 2014. If the rumor is true, it would mark a new strategic move by Apple to counter the wave of news that traditionally emanates out of the Mobile World Congress tradeshow that is held every February.


Citi's research note also mentioned a cheaper version of the iPad mini. Yeung wrote that the next version of iPad mini will have resolution of 2048x1536p and be priced at approximately $230-250. He also stated that the launch of the rumoured iPad mini with Retina display would be delayed until the last quarter of 2013 or the first quarter of next year.

On another note, new banners erected at Moscone West were revealed on Friday. The one of interest is the one hinting that Apple's OS X will usher in the next wave of their operating system. Will Apple's next generation OS X introduce new features like motion tracking, Siri voice assistant features, document beaming, a next-gen Magic Mouse that could Rock'n Roll or new authentication biometrics using fingerprint ID or advanced facial recognition to eliminate passwords? While Apple's biometrics patent focused fingerprint ID on the iPhone, they also mentioned that the technology would also apply to MacBooks. This could be the place to kick-start that technology.

With Apple expressing their view of OS X ushering in a new wave of features, it raises expectations pretty high. Will they deliver? We'll know Monday. Until then, what do you think is coming to OS X? Send in your comments. 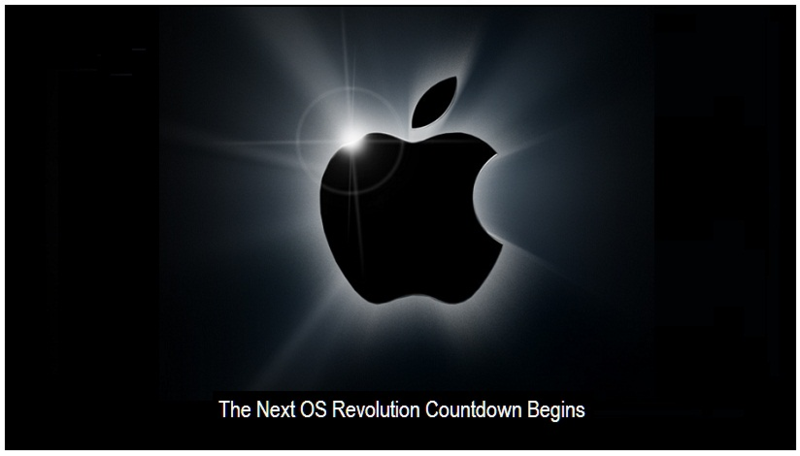 I don't think Apple's going to make all these cheap iPhone's which everyone is going on about. They need to be making bigger screened phones instead of worrying about making a cheap plastic version.

I refuse to believe the cheaper iPad mini rumor. I see Apple updating the processor, increasing the RAM, doubling the resolution, keeping the same price, and not building a cheaper version. The mini from what I heard is selling well. Countless people are willing to pay the current price, and upgrading the device would only help that. If the sales were struggling I would maybe understand, but 30% price drop from the original is crazy. Apple would have to seriously cripple that thing to make a decent profit from each device.

I continue to hear rumors about Apple building a cheap plastic low quality $h!t phone. And now a cheap low quality $h!t iPad. When I think Apple I think; high quality, top of the line, aesthetic products. This cheap products routine is what roughly 90% of the other companies do, and I will lose love for Apple if they choose to go this route, and I will see them as just any other company. Every time I hear these rumors I always think of this video:

"We don't offer, stripped down, lousy products." That's exactly what these would be. Take what you do best, tone down the quality, lower the price.

Biometric authentication is a given on all Macs. Siri, Maps, and a total makeover for Mail and Contacts.
With a single press of a finger, you can now update your apps or purchase content from iTunes.

Doubtful but hopeful we will see a new filesystem introduced.