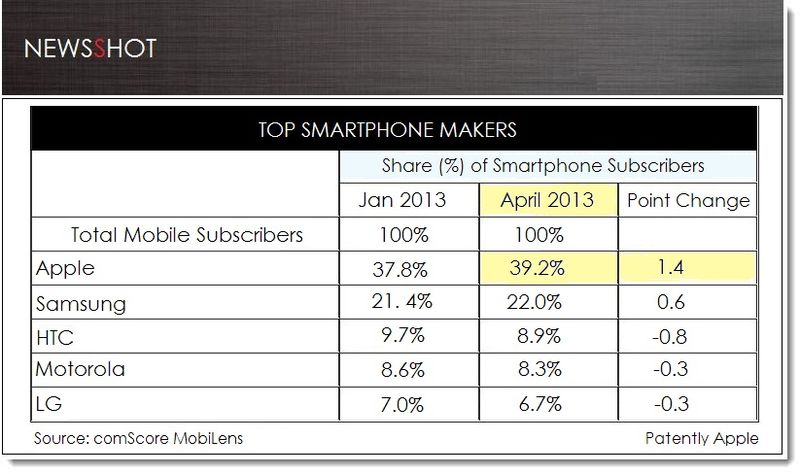 According to the new comScore's report, 138.5 million people in the U.S. owned smartphones which represents 58 percent mobile market penetration. During the three months ending in April, smartphone penetration was up 7 percent since January. Apple ranked as the leading OEM with 39.2 percent of U.S. smartphone subscribers. They gained 1.4 percentage points from January. Samsung ranked second with 22 percent market share, followed by HTC with 8.9 percent, Motorola with 8.3 percent and LG with 6.7 percent. 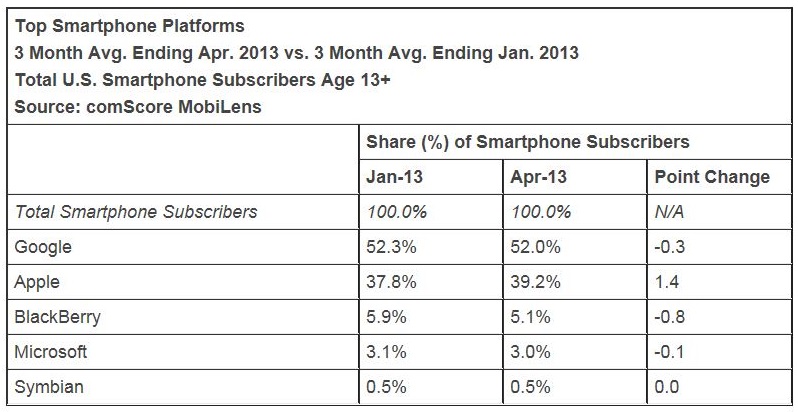 It should be noted that the OEM stats for May could be dramatically higher for HTC which enjoyed a 48% leap in sales due to their hot HTC One smarphone.

Today's comScore stats are much clearer than those presented in Monday's Kantar report.