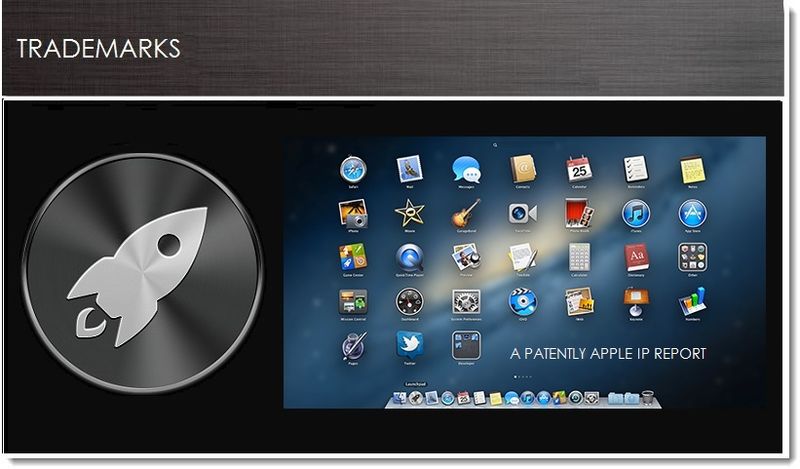 On June 12, 2013, the US Patent & Trademark Office published Apple's latest registered trademark for "Launchpad" which was officially issued late yesterday under registration number 4,350,665. As noted in our cover graphic, Apple's Launchpad is an application launcher found in OS X. It was initially released under Mountain Lion in July 2011. Apple originally filed for their trademark on April 20, 2011. The icons that are found in Launchpad today will be updated this fall when the new iOS 7 icons are made official. 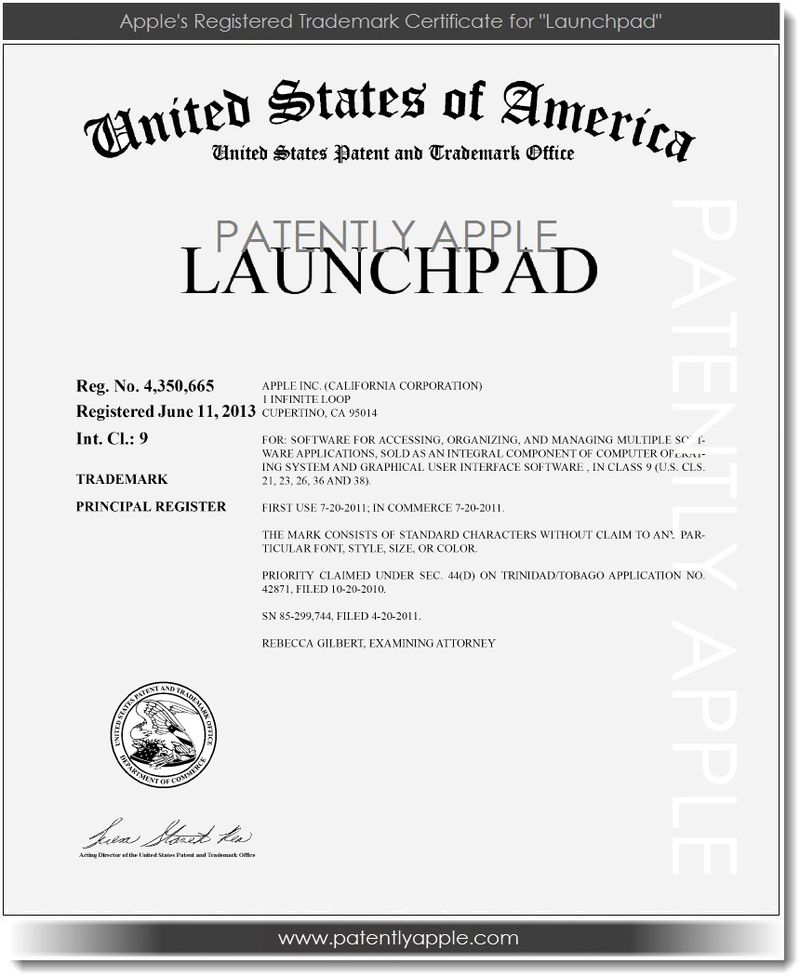 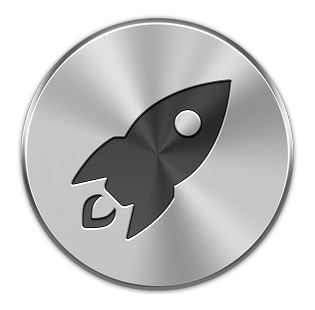 Patently Apple presents a basic summary of new trademark filings with their associated graphics for journalistic news purposes as each such trademark is revealed by the U.S. and/or other foreign Patent & Trademark Offices. This category covers a few Industrial Design reports each year