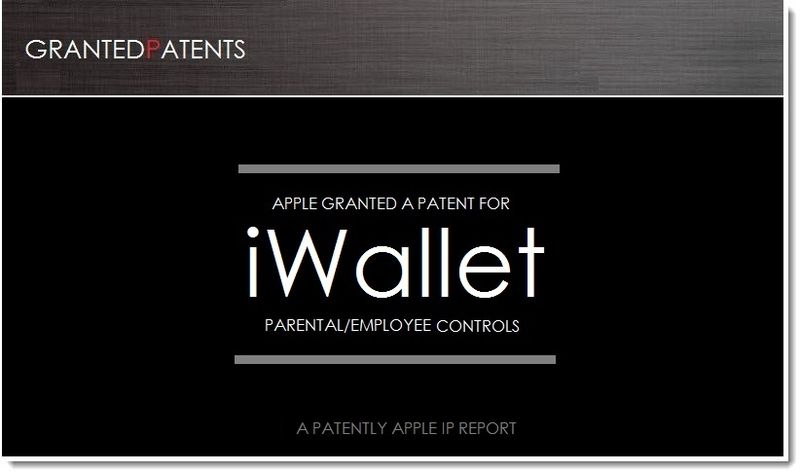 On June 11, 2013, the US Patent and Trademark Office officially published a series of 37 newly granted patents for Apple Inc. In this particular report we cover a key iWallet patent that relates to setting financial rules for controlling a subsidiary account such as one for a child, employee or spouse that an account holder will be able to control via a new iTunes "Mobile Pay" Service.

Apple has been granted a patent today for their invention relating to establishing financial transaction rules for controlling a subsidiary financial account and, more particularly, to various systems, methods, and electronic devices configured to provide for the establishment of such rules. 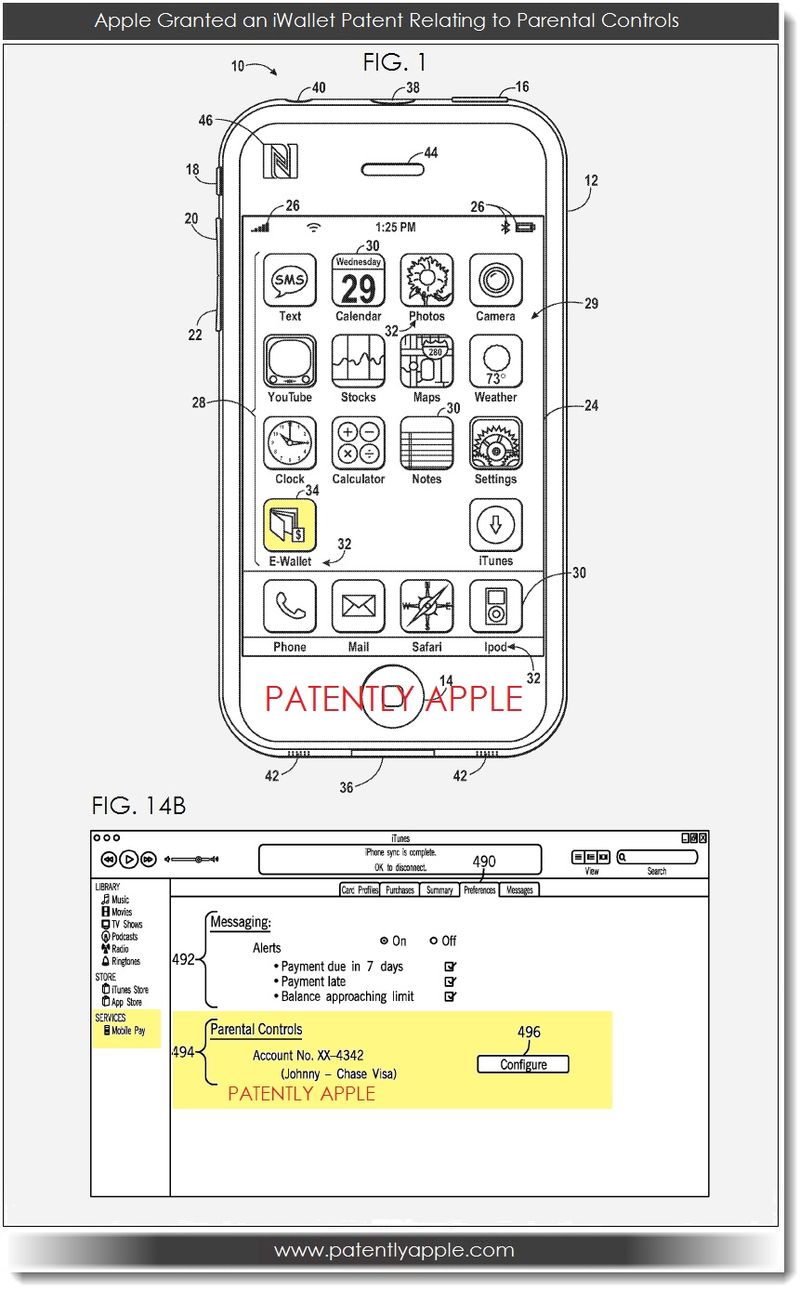 An Apple patent figure noted above illustrates that iWallet accounts will be able to be controlled by users in a future segment of their iTunes app currently dubbed "Mobile Pay" under future "Services." Apple's Tim Cook revealed during his World Wide Developer Conference (WWDC) keynote yesterday that Apple now has over 575 million user store accounts with credit card information on hand as of June 11, 2013. Apple also revealed a new iPhone feature under iOS 7 during their WWDC event yesterday called AirDrop. The importance of Apple's new AirDrop is that it replaces the need to use NFC. One of Apple's granted patents last week for "Simplified Wireless Data Transfers" stated: "Transferring the data may take place using a peer-to-peer connection other than via NFC." The technology which uses Wi-Fi, Bluetooth and likely a little Apple magic, negates the need for NFC which Phil Schiller had stated last September. With Apple utilizing an NFC alternative methodology for secure encrypted data transfers, it's likely a strong sign that making payments with a future iWallet application will use the same method for electronic payments at retailers and financial institutions in the future. Technically, AirDrop fulfills several Apple patents regarding wireless transfers as noted earlier.

A great number of NFC/iWallet patents found in our Archives may now be under a new light associated with AirDrop in lieu of NFC.

Apple credits Brandon Casey, Gary Wipfler and Erik Cressall as the inventors of granted patent 8,459,544 which was originally filed in Q1 2012 and published today by the US Patent and Trademark Office. More details about this patent can be found in our March 2012 patent report titled "Apple Wins Patent for iWallet: The one that will rule the World"

Apple Granted a Design Patent for a Calculator Icon

Today the US Patent and Trademark Office also granted Apple a design patent for their calculator icon under number D684,163 credited to Freddy Anzures. 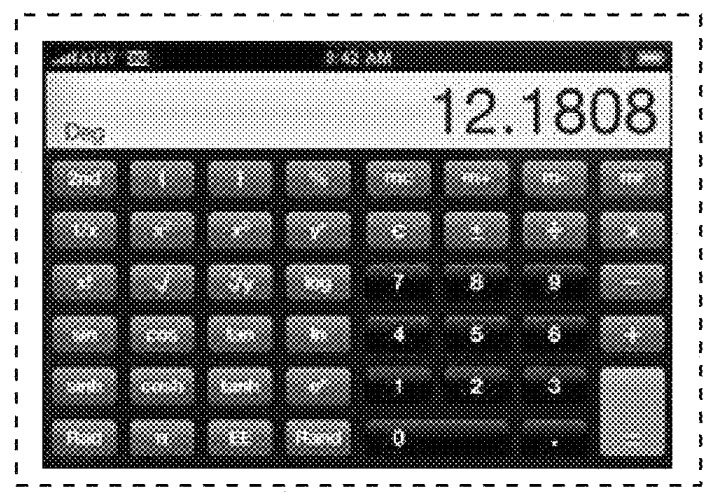