In November we reported that AU Optronics was having problems ramping up to mass production of the 7.9 inch display panels used in Apple's iPad mini. The company was only producing about halve of their production target. Today we learn that AU Optronics is once again unable to keep up with Apple's orders.


According to DigiTimes, AU Optronics is expected to see further cuts in orders from Apple in the third quarter as Apple gears to release the next-generation iPad mini either in late third-quarter 2013 or the following quarter. AUO has faced issues in producing iPad mini panel technology for Apple and is not expected to continue acting as a major panel supplier for the device.

With reports that Apple's display supplier Sharp is now focused more on their cooperation with Samsung, Apple's main supplier for new iPad mini panels will be LG.

In a second report this morning we learn that Corning will be showcasing their next generation glass at a tradeshow in Vancouver Canada next week. Corning will be introducing their second generation Lotus XT Glass that is used in smartphones and tablets. At the 2:09 mark of this Corning video we see an Apple iPad. Corning is also set to showcase upgrades to their other glass products such as Willow Glass for ultra-slim flexible displays, Gorilla Glass 3 and EAGLE XG Glass for Si-displays 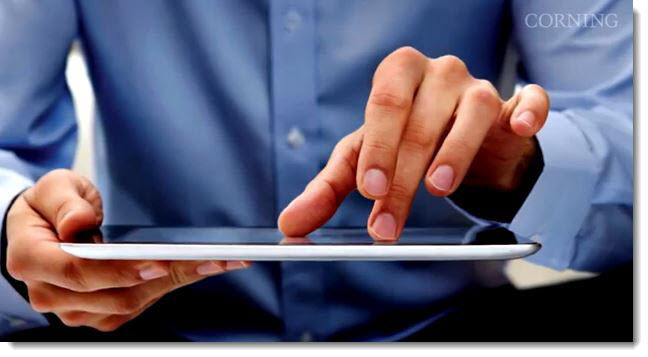 And lastly, a third DigiTimes report states that key components such as multi-chip memory chips and high-end camera modules used by vendors such as Apple and HTC are in short supply in China. Whether this will affect any future Apple product shipments is unknown at this time.