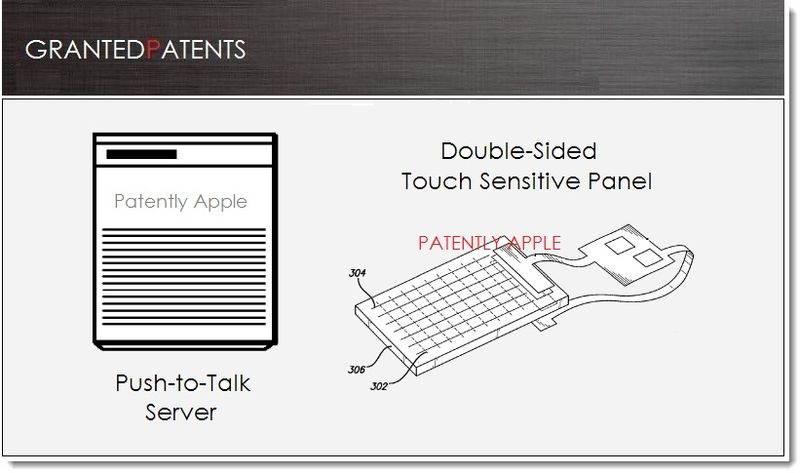 The US Patent and Trademark Office officially published a series of 26 newly granted patents for Apple Inc. today. In this particular report we cover three main granted patents. The first covers the possible implementation of a native Push-to-Talk feature for a future iPhone. The second covers a new flexible circuit supporting a double-sided touch panel that technically could be used for a wraparound display for a future iPhone. The third covers the touch technology that went into the design of Apple's Magic Mouse. Our report concludes with a full list of the remaining granted patents of the day.

Firstly, Apple has been granted a patent today for their invention relating to a future iPhone feature related to Push-to-Talk. Specifically Apple states that their invention includes a system and method for Push-to-talk (PTT) service to another user via a wireless packet data network. To this end, in one embodiment the system includes a packet data network with at least one mobile station, a radio access network, a database server, a registrar and location server, an Interactive Multimedia Server (IMS), and a PTT server that provides the PTT service to other PTT users on the packet network. 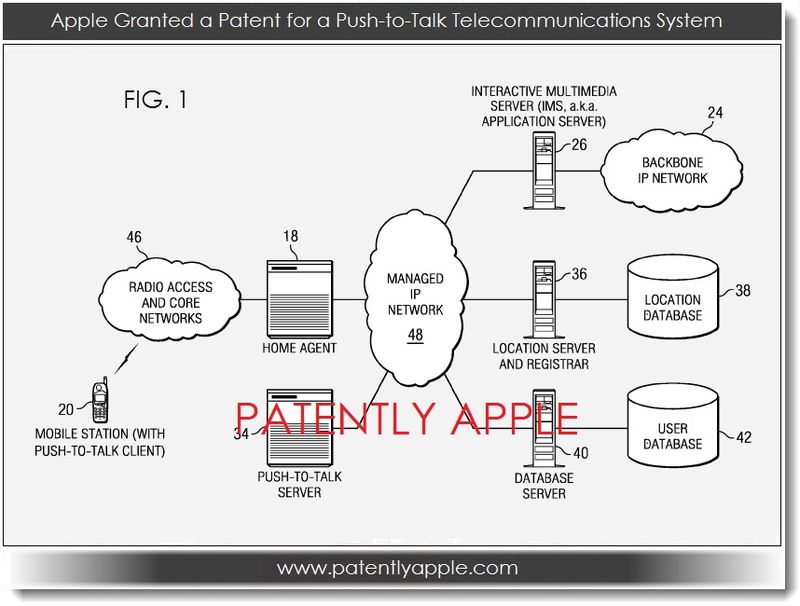 Although there are Push-to-Talk apps designed for Apple's iPhone, Apple's own designed feature for Push-to-Talk has yet to surface. Verizon's network offers this service and it's one that would be appreciated by businesses and students alike.

Apple credits Robert Denman, Sriram Parameswar and Barbara Derryberry as the inventors of this granted patent which was originally filed in Q and published today by the US Patent and Trademark Office. To review today's granted patent claims and details, see US Number 8,447,341. It should be noted that Apple may have acquired this patent at some point in time as the inventors don't appear to be linked to Apple as employees.

Apple Granted a Patent for the Magic Mouse's Multi-Touch Surface 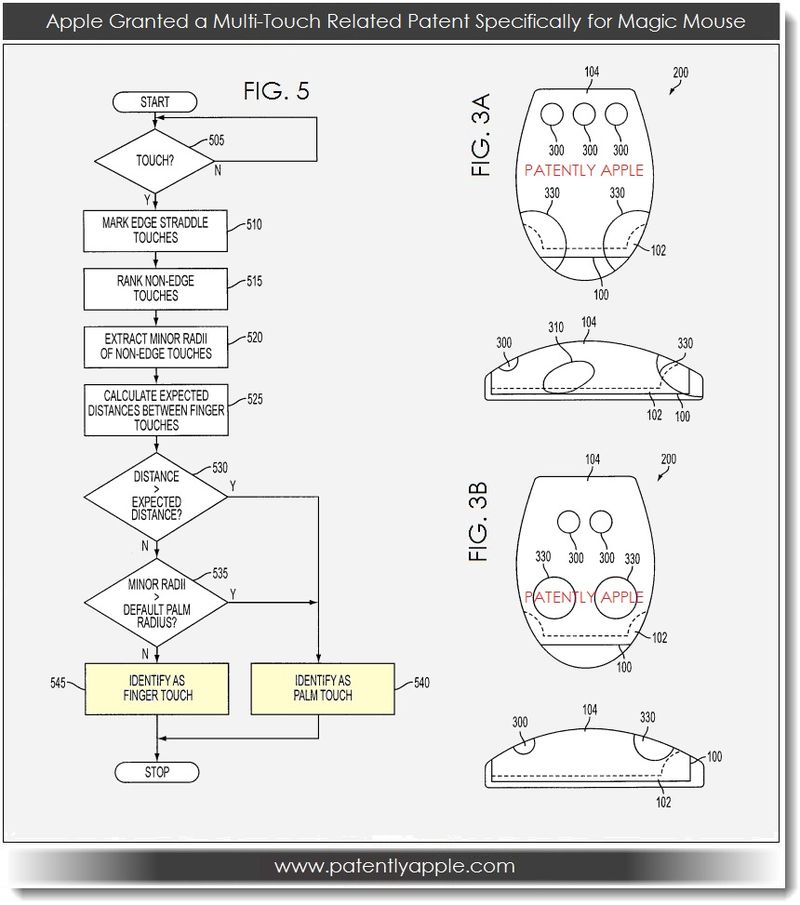 Apple credits Wayne Westerman as the sole inventor of this granted patent which was originally filed in Q4 2008 and published today by the US Patent and Trademark Office. To review today's granted patent claims and details, see US Number. 8,446,374. Apple's Magic mouse was first sold on October 20, 2009. 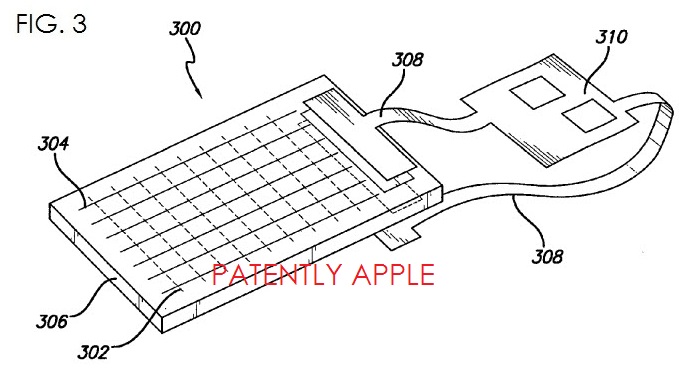 The double sided touch panel could be applied to a future iPhone. This late 2011 patent application states that "in other embodiments, the rows and columns can be formed on a single side of a substrate, or can be formed on two separate substrates separated by a dielectric material. In March we learned about a future iPhone with a wraparound display. Such a display would obviously require a double sided multi-touch sensor such as the one described in Apple's Granted Patent.

Apple credits Mark Hamblin and Steve Hotelling as the inventors of this granted patent which was originally filed in Q3 2011 and published today by the US Patent and Trademark Office. To review today's granted patent claims and details, see US Number 8,446,386. 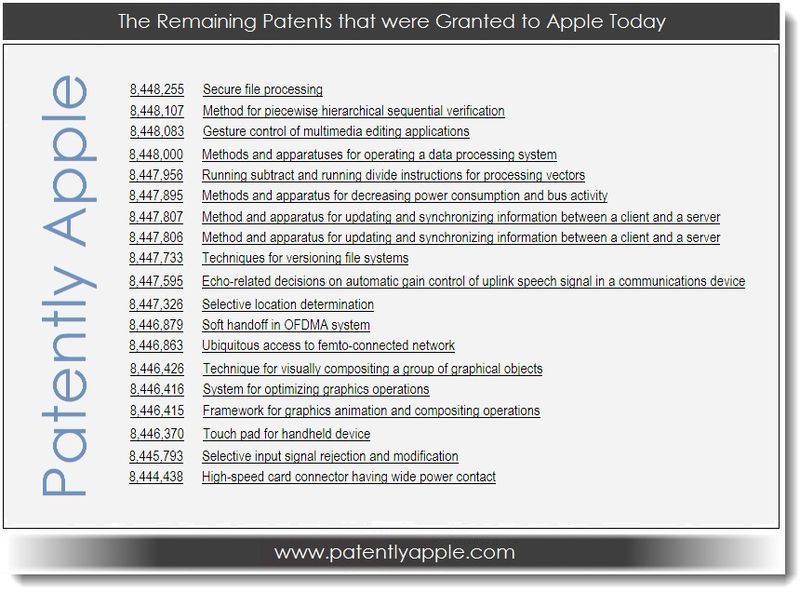