Taiwan's DigiTimes confirms this morning that the next generation of Ultrabooks launching shortly won't be limited to the Windows 8 operating system. The surprising news is that Android will play a huge role in these new convertible notebooks starting with one launching in May from Lenovo.


Considering that Windows 8 has been unable to stimulate global demand for notebooks, and global sales of Android tablets have been increasing, Intel has begun to promote Android tablet-convertible notebooks, and China-based vendor Lenovo has taken the initiative to launch initial models in May while Hewlett-Packard (HP), Toshiba, Acer and Asustek Computer will launch models in the third quarter, according to sources from notebook vendors. 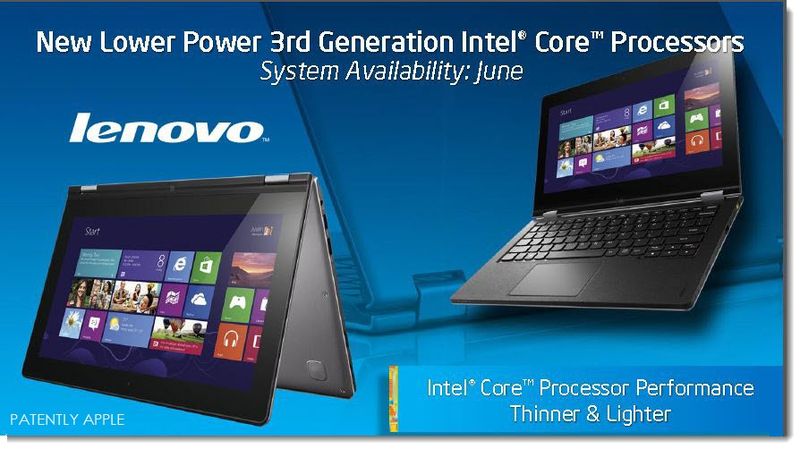 Lenovo's Android-based Yoga notebook, set for release in May, is expected to feature an 11-inch display, the sources noted. Intel has estimated that the price sweet spot of Android-based notebooks is around US$500, and the machines will also need to feature detachable keyboard designs to allow transformation into a tablet, the sources said.

Since most consumers are familiar with Android, with the addition of document processing applications, the sources believe Android-based notebooks should be able to attract strong demand.

This surprising move is likely to rock the market, considering that on paper, Android based Ultrabooks are debuting ahead of those with Windows 8. With Google launching their high profile Glass product shortly, there's no doubt that this is going to be the year that Android breaks out and challenges Microsoft Windows in the consumer space and it's likely to change the notebook landscape forever.